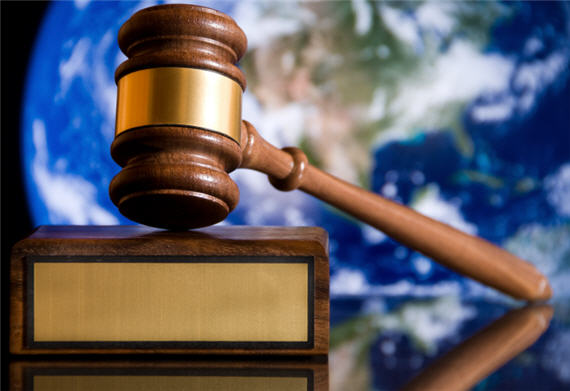 I recently returned from a week in Iraq, where I trained an elite security force unit on human rights and the law of combat operations. Discussions regarding the responsibility of commanders for the acts of their forces migrated to the issue of the United Nations’ International Criminal Court. One Iraqi officer asked me, "If the United States believes in accountability over impunity, why are you not a party to the International Criminal Court?" I did not have a satisfactory answer.

The answer for public consumption is that U.S. accession to the Rome Statute, which established the International Criminal Court, is not an imminent issue because U.S. processes for achieving accountability function well: The military and civilian courts are open, the government already is bringing cases to court where the evidence warrants, and convictions are occurring on a sufficiently regular basis. The subtext is that the Obama administration has to prioritize where to spend political capital and carefully select its fights. Nonetheless, as a nation, we need to revive the debate over joining the ICC.
The National Security Strategy and other key U.S. foreign affairs and security policy documents stress the merits of multilateralism, international partnership and working through institutions to achieve desirable foreign policy outcomes. American failure to join the ICC is a holdover from unilateralist ideologues in the George W. Bush administration. This failure is inconsistent with current U.S. national policy, which touts the ICC as a viable and appropriate forum for filing charges against Sudan’s Omar Hassan Ahmed Bashir and his Darfur co-conspirators; Kenyan Deputy Prime Minister Uhuru Kenyatta; Lord’s Resistance Army chairman Joseph Kony in Uganda; Libyan regime leaders, including Moammar Kadafi, his son Saif Islam and his intelligence chief; and other corrupt strongmen who misuse governmental power for personal and political advantage.
Signing and ratifying the statute before the 2012 election would permit the Obama administration to act on its stated intentions to use multilateralism and international institutions as proxies for costly and treacherous U.S. unilateralism. Acceding to the Rome Statute would demonstrate leadership to our allies and set a strategic tone of multilateralism at low political cost and risk.
Though the U.S. signed the treaty in 2000 to preserve the ability to shape the statute’s evolution, both the Clinton and Bush administrations publicly opposed ratifying the ICC on the grounds that the Rome Statute compromises national sovereignty. Its critics contend the court could subject U.S. troops and officials to the jurisdiction of a politically motivated prosecutor, who would use the court’s jurisdiction over an American service member or public official to make a political point against the United States.
The Bush administration and, later, Congress conditioned certain military cooperation and aid on the execution of agreements that bound the partner states not to surrender U.S. personnel to the jurisdiction of the ICC. Strong-arming allies desperate for U.S. cooperation placed narrow and shallow U.S. interests over real partnership, which is more valuable to long-term American interests. That stance against the court’s jurisdiction was really a proxy statement for U.S. unilateralism — strategic messaging that the U.S. would not yield even a small amount of U.S. sovereignty to multilateral institutions or processes, even where the tradeoff could be substantially positive.
The ICC poses extraordinarily low risk to U.S. sovereignty, service members and public officials abroad. Under the Rome Statute’s "complementarity" principle, before the court asserts jurisdiction over a citizen, the ICC prosecutor must determine and substantiate that the citizen’s country is operating with impunity or that its judicial processes are broken or powerless. To avoid ICC jurisdiction over American service members and public officials, the United States would not have to charge, indict and bring cases to court. All that is required is for the U.S. to undertake a good-faith investigative effort of offenses under the statute and domestic law, and meaningfully assert national jurisdiction over alleged offenses.
The Rome Statute merely confirms our national social and legal instincts: to address unlawful activity appropriately and within an evenhanded, legitimate legal framework. As long as U.S. processes continue to operate and set the world standard for impartial investigations and just exercise of prosecutorial discretion, the U.S. has little to fear from the ICC.
With or without the United States, the ICC will continue to hold accountable rogue world leaders and public officials whose conduct violates the legal standards established by the Rome Statute. For certain world leaders accustomed to acting with impunity, it is the court of last resort. Acceding to and ratifying the Rome Statute would enable the U.S. to participate in future deliberations on the evolution of the statute. It also would reinforce Obama administration statements about participating fully in multilateral institutions and lend credence to administration positions on the utility of the ICC in thwarting impunity by treacherous leaders, such as Kenyan ethnic warlords and the Libyan inner circle.
Absent accession to the Rome Statute, the message America sends to the world is unprincipled: The U.S. is committed to the concept of multilateralism — except when it is not.
LtCol Butch Bracknell is the Commandant of the Marine Corps Senior Fellow at the Atlantic Council. This piece originally appeared in the Los Angeles Times.