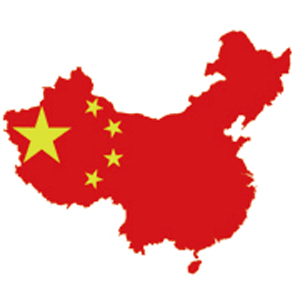 An encounter between the  USNS Victorious and Chinese trawlers in the Yellow Sea marks the fifth such incident within two months, China Post reports.

Pentagon spokesman Bryan Whitman asserted that “a couple of Chinese fishing vessels maneuvered close to the Victorious in what was an unsafe manner.” Chinese Foreign Ministry spokesperson Ma Zhaoxu countered, “The fact is that the USNS Victorious conducted activities in China’s exclusive economic zone in the Yellow Sea without China’s permission. China has expressed concern over this issue. We demand that the United States take effective measures to prevent similar acts from happening.”

Regardless of the particulars, a number of questions arise regarding these incidents: Why are Chinese fishing vessels engaging with U.S. navy vessels, and why now? Is the U.S. navy carrying out operations that it did not do before, in areas it did go into before? What is the U.S. navy looking/listening for? Are these incidents involving Chinese fishing trawlers in some form sanctioned by the Chinese authorities?

The occasional protest outside the Japanese embassy that is ‘allowed’ or sanctioned by Chinese authorities springs to mind here. It is plausible to speculate that these incidents involving Chinese fishing vessels are an outward expression of nationalism which subsequently reaches the domestic public domain within China. No doubt some Chinese are asking what would the United States do if Chinese navy surveillance ships began operating within 75 miles off the Port of San Diego.

One fact is clear, this is both a distraction and a potentially dangerous affair for all actors involved. Echoes of the EP-3 incident of April 2001 come to mind. In that case there were prior incidents before the fatal engagement that made the headlines. It was also in the early months of a new administration.

Both of these reported incidents occurred within the Exclusive Economic Zone off China, which I understand to be 200 nautical miles from a state’s coastline. There is a clear case for the United States and China to resolve what activities are permissible with Exclusive Economic Zones which may/may not involve the adjudication of an appropriate third party.

In the immediate interim, the United States and China would well be advised to resume the military-to-military exchanges that were suspended in-part in December 2008 by the Chinese in reaction to proposed U.S. arms sales to Taiwan. Deputy Secretary of Defense David Sedney described the U.S.-China annual Defense Policy Coordination Talks hosted in Beijing last March as “the best set of talks that I have ever been a part of … between the US and Chinese defense establishments.” Now is the time for China and the United States to fully commit to the bilateral military exchanges and keep their naval engagements to the much more productive work of addressing Somali pirates in the Gulf of Aden.

Damien Tomkins is an intern in the Atlantic Council’s Asia Program.