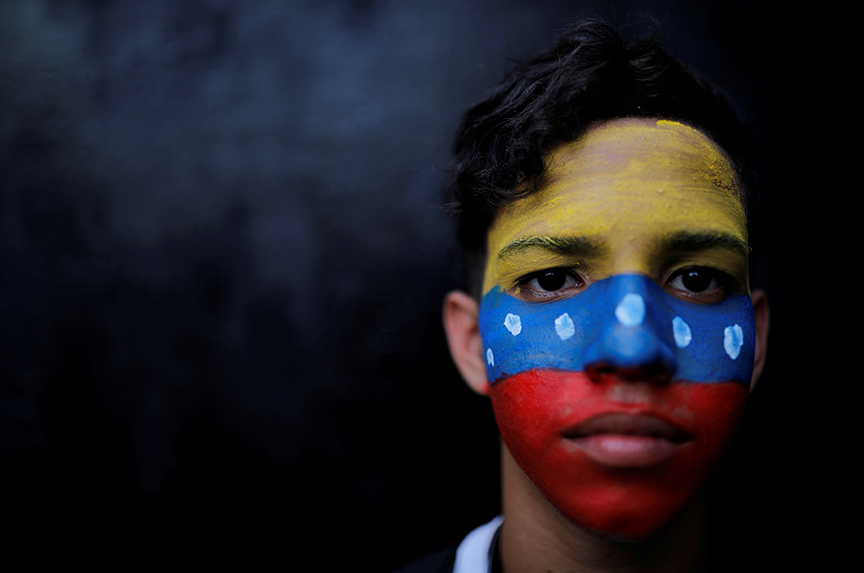 The United Kingdom, France, Germany, and Spain are now among the countries that have officially recognized Juan Guaidó, the head of the National Assembly, as interim president of Venezuela. This follows Nicolás Maduro’s rejection of a European deadline to call fresh elections—Maduro responded by offering to call a parliamentary vote instead of a presidential one.

Jason Marczak, director of the Atlantic Council’s Adrienne Arsht Latin America Center, brings us up to speed on the latest developments in South America’s oil-rich, crisis-riddled nation. Here are excerpts from our interview.

It would be incredibly important to have a collective statement by the EU in addition to the individual member states. Italy is critical is because it blocked the draft EU declaration that would have holistically recognized Juan Guaidó as the interim president of Venezuela. I hope the Italian position changes, and that will mean overcoming some divisions within the ruling coalition in Rome.

Q: What are the tangible implications of the recognition for Guaidó?

Marczak: Politically, the EU member states will now engage with the interim government of Juan Guaidó rather than Nicolás Maduro. I would assume that the follow-on move from the interim government would be to name ambassadors to each of the EU member states that have announced their recognition of Juan Guaidó. It is also possible—though not at this moment—that additional sanctions follow from the European Union.

Q: The international contact group on Venezuela—comprised of Latin American and European countries seeking to end the crisis—is meeting in Montevideo on February 7. What are your expectations from the meeting?

Marczak: As Juan Guaidó  has said, the only dialogue on Nicolás Maduro should be the dialogue on him leaving power. It is imperative to avoid the failures of the past insofar as having a dialogue that Maduro uses for his own purposes and that only serves to buy him time.

The purpose of a contact group at this point should be to help to find a way for Maduro to leave power because the interim government increasingly has the support of democracies from around the world and, as we saw over the weekend, the support of the Venezuelan people.

Q: President Trump has said all options are on the table for dealing with the Venezuelan crisis. Is there a risk that military intervention could shore up support for Maduro?

Marczak: Trump’s position is not a departure from his past statements. At the same time, there is a broad recognition from Latin American governments that the solution should not be a military one. If support from foreign militaries was ever to be considered, that support would have to be requested by the internationally recognized interim government.

What we have seen in the last couple of weeks is the amazing outpouring of hope from the Venezuelan people. This has happened largely through peaceful means. The solution in the end has to be a Venezuela-led solution, which is what has transpired thus far. The desired outcome is not military intervention, it’s one where the Venezuelan people are increasingly convinced of the opportunity to improve their lives with a change in government.

Q: How critical is military consent for humanitarian aid to flow into Venezuela?

Marczak: As the humanitarian aid starts to arrive, it will be difficult for members of the military to obey Maduro’s orders to turn back that assistance that is so critical for the people of the country, but also specifically just for them and their own families.

Military support is critical because it would safeguard the humanitarian assistance. Frankly, the military would be pivotal for that aid to enter the country over the border with Colombia. As that assistance arrives at the border I will be watching for how the military responds—will it permit the aid to come in or permit Venezuelans to go across the border, access the assistance, and return?

There are a number of different outcomes. The assistance could help the Venezuelan people see the potential benefits to their daily lives of a change in government. But there is also the possibility that violence and chaos breaks out on the border.

Q: Are we at the point of no return in Venezuela?

Marczak: It’s too early to tell. I hope we are, but Nicolás Maduro at this point still has the support of the military top  brass. Guaidó’s interim government increasingly has the support of democracies around the world and the support of the Venezuelan people. But I never discount the repressive actions Maduro might take or the role of international spoilers like Russia that have every interest in Maduro staying in power.

Q: Are you seeing military support peel away from the regime?

Marczak: There have been a couple of generals who have peeled away, including one this past weekend. I expect more members of the military to do so especially as Maduro’s financing options are limited by US sanctions.

When confronted with a situation where humanitarian assistance is at the border and the spigot of oil revenue, used to buy loyalty, is turned off it makes it more and more difficult for the military to be supportive of Maduro.

Q: How is the regime using gold to ensure its survival?

Marczak: Last week, the Bank of England blocked a $1.2 billion withdrawal of gold by Maduro’s regime. Also at the end of last week there was a supposed purchase $850 million in Venezuelan gold by the United Arab Emirates. Russian cargo planes arrived in Caracas to transport the gold and then the operation was stopped at the last minute in large part because of the forceful pronouncements by US authorities that any entity that tries to subvert US sanctions would be held responsible themselves.

That’s $2 billion in gold transactions that were prevented in the last week, which is the equivalent to about a quarter of Venezuela’s total reserves. That’s a significant blow to Nicolás Maduro. He is continuing to try to find other ways to sell gold because his other means of financing have increasingly dried up.

Q: What’s at stake for the United States?

Marczak: What’s at stake for the United States is what’s at stake for Venezuela, all of Latin America, and for the world, which is: will a corrupt dictator, despite the will of a large contingent of the world’s democracies, remain in power? This is the moment for a transition so that the Venezuelan people can see the brighter future that they all hope for.

There is a great power interest playing out in Venezuela as well. The Russians, in particular, but also the Chinese and others, have voiced their support for Nicolás Maduro. Russia has an interest in Maduro remaining in power, not just for concrete reasons that benefit Russia itself, but also to spark instability and further chaos in the Western hemisphere. What you have right now is a dangerous cocktail of a domestic situation in Venezuela that has the potential to move in the right direction with the growing role of the Guaidó government, but could also lead to a great power conflict that will have implications across the hemisphere.

Image: A protester posed for a portrait during a rally against Nicolás Maduro's regime in Caracas, Venezuela, on February 2. (Reuters/Carlos Barria)