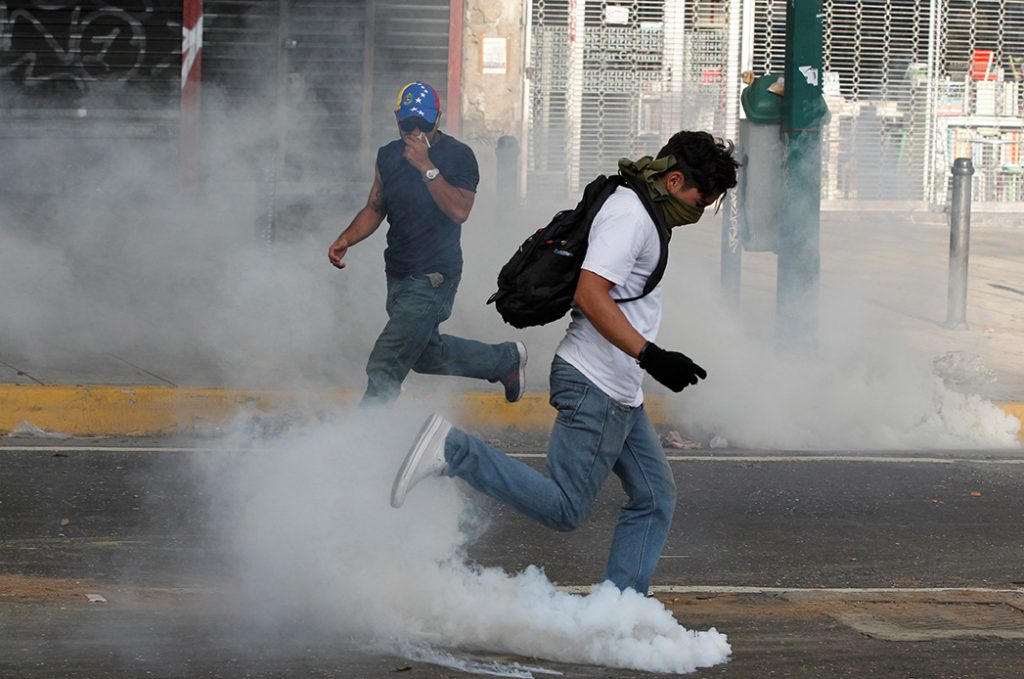 Protesters clash with police during a rally to demand for a referendum to remove Venezuelan President Nicolás Maduro in Caracas, Venezuela, on September 1. (Reuters/Christian Veron) 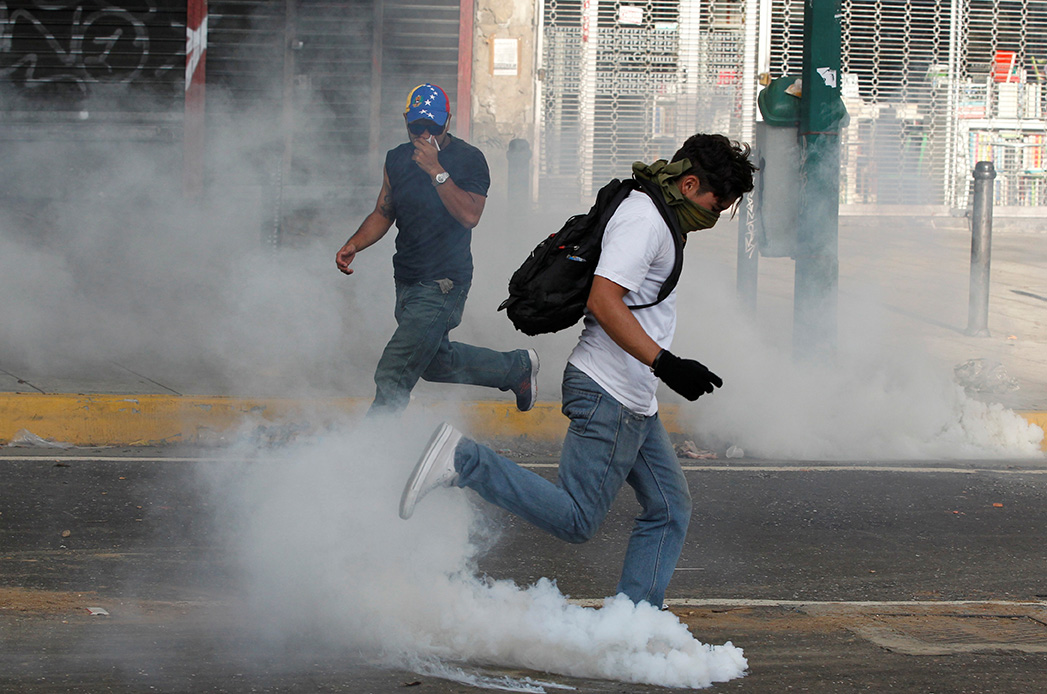 Venezuelans currently face “the challenge of beating by democratic means a regime that is not democratic,” said Julio Andrés Borges Junyent, the majority leader of Venezuela’s National Assembly and part of the opposition that is challenging the leadership of President Nicolás Maduro.

On September 1, thousands of Venezuelans participated in a protest organized by the opposition in Caracas and rallied around a single demand: a recall referendum against Maduro. Unrest is rising in Venezuela as the country suffers from political, social, economic, and humanitarian crises.

“There is a natural social pressure and we will turn that into political pressure,” said Junyent who also serves as national coordinator of the Movimiento Primera Justicia.

“We have to transform the social crisis into a political crisis. There is a natural energy and natural feeling that we have to change the situation,” he added.

Junyent joined Juan Andrés Mejía, a member of the national leadership of Voluntad Popular and the deputy of Venezuela’s National Assembly, second circuit of Miranda, in a conference call to discuss the role of the opposition in securing the referendum, and what they plan to do next. Peter Schechter, director of the Adrienne Arsht Latin America Center at the Atlantic Council, moderated the call.

Schechter described the shortage of food and medical supplies, as well as a rise in crime plaguing Venezuela. With “frustration and fury at a fever pitch,” the protest in Caracas “resonated throughout the region,” he said.

Schechter said “one of the most notable elements of the march was the level of cooperation and unity shown by the opposition.” Though factions within the opposition have historically been at odds with one another, Junyent and Mejía expressed the unity of the opposition’s efforts to achieve reform.

The Maduro government has painted the opposition’s effort to recall the president as an attempted coup. Mejía asserted that this is a nonviolent struggle, for “the opposition knows that violence is not our terrain.”

The demonstration is “framed in a bigger plan, which is the next and last step which is the collection of the 20 percent of signatures of the Venezuelan people,” Junyent said, referring to signatures required on a petition to start the recall process. He was optimistic that the opposition can secure these signatures by October. Though Junyent maintained that the situation will not improve without an enforced political solution, “due to the force of the people we are obtaining the strength to have the right to change the Venezuelan government this very year,” he said.

Schechter described the situation in Venezuela as a “humanitarian emergency.” The opposition has demanded not only a democratic solution, but also the opening of a humanitarian channel, according to Mejía. However, there has been no response, for Maduro’s administration is “not willing to accept that their government has failed,” Mejía said.

The opposition is faced with the necessity of working with the government to resolve the issues at hand, yet this may prove divisive among their many factions. However, Mejía claims they are willing to sit down with the government to find a path forward based on mutual understanding, while simultaneously maintaining pressure through continued public protests. “We have demonstrated, we have shown to the world and to Venezuelans that we are willing to do anything that is needed to find a transition that allows our country to move forward peacefully,” he said.

The opposition seeks to capitalize on an important opportunity, provided by civilian unrest, to seek change. “The vast majority of Venezuelan people would like an open economy, they are looking for national and foreign investors in Venezuela…there has been a real change in Venezuelan mentality,” said Mejía.