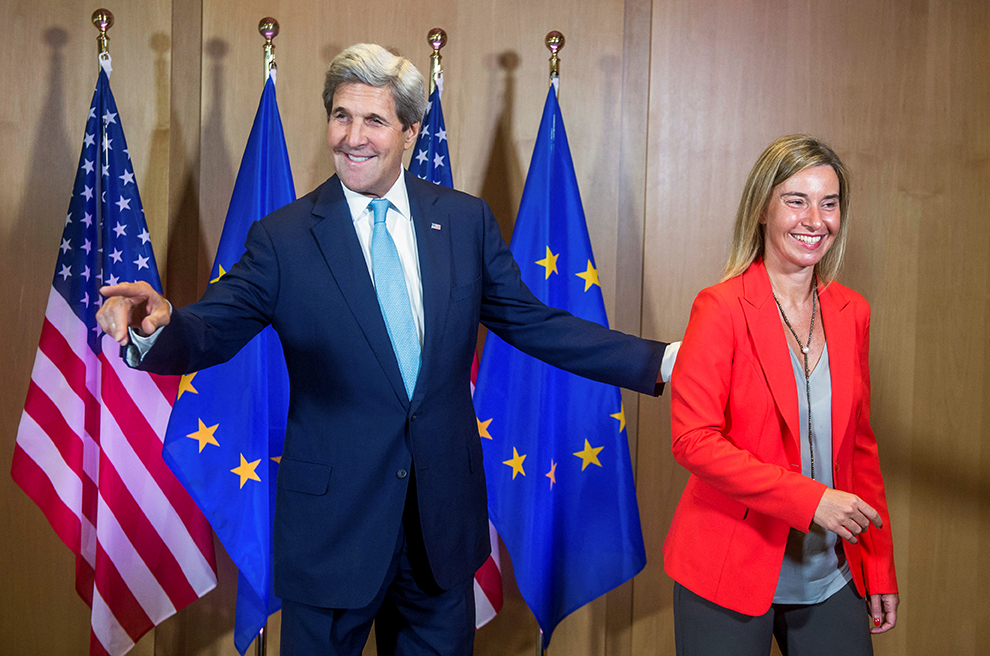 The United States and Europe must have a measured response to developments in Turkey where a failed coup has been followed by a swift and widespread crackdown by the Turkish government, according to former US and UK officials.

“We need to be careful about too much language that could be perceived to be threatening,” said Peter Westmacott, a former UK ambassador to Turkey.

“We have got to remain true to our values, but we do also need to think carefully about what is good for Turkey,” he added.

Describing Turkey as a vital democratic partner in global counterterrorism efforts as well as the US-led coalition’s war against the Islamic State of Iraq and al-Sham (ISIS), Westmacott added: “All that is also contingent upon Turkey taking a deep breath and having a mature democratic reaction to the terrible events of the last few days.”

Turkey is a member of NATO and seeks to join the European Union. “Turkey needs to be reminded of the values to which it is committed as a NATO member, not to mention an EU aspirant, but now is not the time to create a division between the rest of us in the transatlantic community and Turkey by delivering a threatening lecture to Turkey,” said Bryza, a former US deputy assistant secretary of state for Europe and Eurasia with responsibilities that included Turkey.

The most appropriate way to underscore Western expectations of Turkey would be to do so in private through, for example, a North Atlantic Council meeting, Bryza suggested.

“If you want to elevate it, call an emergency ministerial meeting and underscore that Turkey is our NATO ally,” he said. “We are with it. Turkey survived a near-death experience and now is the time to make sure that it doesn’t overshoot in its response.”

Thousands of soldiers have been arrested and hundreds of members of the judiciary ousted in the wake of the attempted coup on the night of July 15 and early July 16. Turkish President Recep Tayyip Erdoğan has vowed to eradicated the “viruses” from all state institutions while Turkish Prime Minister Binali Yildirim has said that the coup plotters “will pay a heavy price.”

On July 18, US Secretary of State John Kerry said NATO will scrutinize the Turkish government’s actions to ensure that they do not violate democratic principles. The European Union’s foreign policy chief, Federica Mogherini, said that Turkey’s bid for EU membership could suffer if it reinstitutes the death penalty against the coup plotters—a possibility that Erdoğan has left open. German Chancellor Angela Merkel, in a phone call with Erdoğan on July 18, also warned him against reinstating the death penalty.

While Turkey has in some cases moved away from liberal principles that the EU espouses, Westmacott noted that the fact remains that Erdoğan was elected president by a majority. His popularity was underscored by the fact that he was able to rally his supporters to take to the streets over the weekend and stand up to those behind the attempted coup d’état.

Erdoğan has been firmly in control since 2003, when he assumed office as prime minister. Since 2014, he has served as Turkey’s president. Under Turkey’s constitution, the prime minister is the most powerful elected official in the country. However, Erdoğan has sought to amend the constitution to vest more powers in the presidency. This effort has been stymied by the fact that the Justice and Development Party (AKP), which Erdogan leads, does not have enough seats in parliament to push through an amendment granting more power to the presidency.

While the attempted coup revealed a split in the military, there was an unusual show of unity in parliament where the four main political parties—AKP, the Republican People’s Party (CHP), the Peoples’ Democratic Party (HDP), and the Nationalist Movement Party (MHP)—issued a joint statement condemning the coup attempt.

“This has brought everyone together in a way which I like to think could provide a platform for Turkey moving in what we might call the right direction rather than the wrong direction,” said Westmacott.

The attempted coup comes at a particularly challenging time for Turkey. The Turkish military is waging a war against Kurdish militants in the southeast and participating in a coalition effort against the Islamic State of Iraq and al-Sham (ISIS) in neighboring Syria. Turkish security services have also been stretched thin by deadly terrorist attacks carried out inside the country. A terrorist attack at Istanbul’s international airport on June 28 left forty-two people dead and injured more than 230 others. Turkish officials have suspected ISIS to be behind the attack.

The foiled coup will have a “significant impact on the way Turkey responds to the Islamic State and [the] PKK,” said Stein, referring to the Kurdistan Workers’ Party (PKK), a group that both the Turkish government as well as the United States consider to be a terrorist organization. It will also affect how the US-led anti-ISIS coalition carries out its operations, he added.

This is because several senior military officers, including Gen. Adem Huduti, the commander of Second Army, have been arrested following the foiled coup. The Second Army has led counterinsurgency operations against the PKK. It also oversees securing Turkey’s borders with Iraq, Iran, and Syria.

In the hours following the attempted coup, the Turkish government briefly shut down the Incirlik air base, which is used by US jets to carry out operations against ISIS. The commander of the air base, Gen. Bekir Ercan Van, has also been detained.

“If you are the United States and if you are looking at running successful coalition operations into northern Syria and two of the tanker aircraft that are assigned to you as part of that coalition were involved in a coup plot, you have to begin to reassess how stable your base is and begin to look at other options,” said Stein.

Turkish military officers will be concerned about the potential of being arrested and this will create a “hesitancy in freedom of thought when presented with alternatives by coalition partners, particularly the United States,” said Stein.

“There will be a hesitancy to make quick decisions and everything will have to be run up the chain of command, which ultimately ends at the president’s office, so you could see a lot of slowing down in decision-making processes,” he added.

Bryza said the “depth of fear” generated by the sweeping crackdown on the military will make it hard for Turkey to focus on the effort against ISIS, but is unlikely to slow down coalition operations based out of Incirlik.

The Turkish government has alleged that the coup conspirators were loyal to Fethullah Gülen, an Islamic cleric who lives in self-imposed exile in Pennsylvania. Gülen, a former ally of Erdoğan’s, has accused the president of staging the uprising. Gülen leads a popular religious and social movement called Hizmet.

Turkey has yet to send a formal request to the United States to extradite Gülen. US officials have said they will consider a formal request if Turkey provides evidence linking Gülen to the coup. Turkish counterparts have since rejected adherence to that demand.

If Turkey sends an extradition request “you could have a crisis in US-Turkey relations,” said Stein, noting that a growing number of senior Turkish officials want the United States to pick sides between Turkey and Gülen.

“People will be watching carefully if such a request [for Gülen’s extradition] is made,” said Westmacott.

Westmacott noted that conspiracy theories surrounding US influence in global developments abound in Turkey. “It is nonsense that there are some people out there who somehow think that Fethullah Gülen, sitting in Pennsylvania, is an instrument of US foreign policy and this is all part of an American plot,” he said.

Ashish Kumar Sen is deputy director, editorial at the Atlantic Council. You can follow him on Twitter @AshishSen.

Image: US Secretary of State John Kerry and EU foreign policy chief, Federica Mogherini, were in Brussels, Belgium, on July 18. Mogherini warned the Turkish government against taking steps that would damage the constitutional order following a failed coup in Turkey. (Reuters/Stephanie Lecocq)