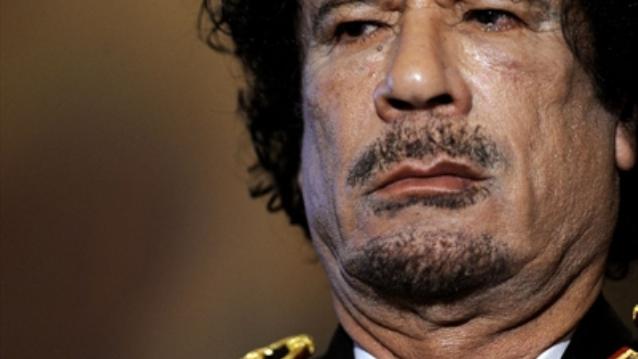 Pressures on the United States and NATO to intervene in the ongoing crisis in Libya are growing. Thus far, Western leaders are resisting.

A week ago, Senator John McCain called for an immediate no-fly zone in an address to the Atlantic Council. At least two of his heavyweight colleagues, Joe Lieberman and John Kerry, have since joined him. British Prime Minister David Cameron and French President Nikolas Sarkozy have also been urging action.

But Secretary of Defense Bob Gates has proclaimed a no-fly zone a slippery slope to broader war and, thus far, evidence is that his argument is carrying the day. Aside from strong indications that both Russia and China would veto any proposed UN Security Council Resolution in support of a no-fly zone, many experts think it simply a bad idea.

Bard College professor of democracy and human rights Ian Buruma is pleased at how little the West, and President Obama in particular, have done.

So far, anti-American rhetoric has been remarkably muted in the uprisings sweeping the Middle East. The cynical way in which despots try to discredit all opposition as the work of foreign agents no doubt plays a part in this silence. But so does Obama’s public discretion. His conciliatory speech in Cairo on June 4, 2009, much derided by hawks in the US, together with his general lack of bluster, created enough space for the opponents of Middle Eastern dictators to rebel without being tainted in any way by foreign intervention. It is their show, and so it should be.

But that is not to say that the US must always be passive. In fact, it has not been. Where America’s influence counts, as in the case of the Egyptian military, it has been used. And Obama has made his support of democratic aspirations clear, to the dismay of allies like Israel and Saudi Arabia. However, as recent history has shown, toppling strongmen is only the beginning of the democratization process.

Building institutions that guarantee not only political liberties, but also the protection of minorities, as well as other liberal conditions, is difficult enough in countries where such institutions had once existed, as in post-communist Central Europe. It will be harder in countries where they did not, or where the economy remains largely in the hands of the armed forces. Armed Anglo-American intervention, especially if it is not sanctioned by the United Nations, would do much to undermine liberals and democrats, who need all the credibility they can get.

It is one thing to acknowledge Moammar Gadhafi as a ruthless despot, which he has demonstrated himself to be. But doing so does not establish the democratic bona fides of those who oppose him. And even if some of those opposing him are genuine democrats, there is no reason to assume that helping to remove the regime would result in the ascendancy of such people.

To the contrary. Removing Gadhafi and those around him could easily set in motion a chain of events in which a different strongman, with the backing of a different tribe, took over. Or it could create a situation in which radical Islamists gain the upper hand. Either way, significant areas of the country would be beyond any government control, creating vacuums exploitable by al Qaeda and similar groups.

The wisdom of arming regime opponents is questionable for the same reason. Pre-9/11 Afghanistan offers something of an object lesson here, as the U.S. armed individuals and groups to defeat the regime backed by the Soviet Union. This policy worked in realizing its immediate goal, but in the years that followed it empowered individuals and groups who carried out an agenda hostile to U.S. interests. Arms transferred become arms over which control is forfeited.

There are many reasons to avoid making Libya the center of U.S. concerns in the region. Libya is far from the most important country in the Middle East—both in terms of political influence and its impact on the oil market. American policy makers would be wiser to focus on what they can do to see that Egypt’s transition proceeds smoothly, that Saudi Arabia remains stable, and that Iran does not.

Intervening militarily in Libya would be a potentially costly distraction for the U.S. military. It is already overextended in Iraq and Afghanistan. The last thing it needs is another vaguely defined intervention in a place where U.S. interests are less than vital.

To say that U.S. interests in Libya are less than vital is not to argue for doing nothing, but rather for making sure that the actions we take are commensurate with the stakes. In the case of Libya, asset freezes, arms embargoes, threatened prosecutions for war crimes, and the creation of humanitarian safe harbors inside the country or just across its borders would be appropriate.

Under this set of policies, Gadhafi could well survive the current challenge—regimes that are willing and able to attack domestic opponents often do. But, over time, such policies would weaken the regime while strengthening the opposition.

Still, the Guardian‘s Simon Tisdall believes the domestic pressures will be too great:

The sense that momentum is building behind expanded, American-led involvement in the crisis is enhanced by possibly over-dramatic UN and governmental statements about the humanitarian situation and by the US offshore military build-up. The language used in a statement issued on Sunday by Ban Ki-moon, the UN secretary-general, gave the impression the stakes are rising. Ban said he was "deeply concerned about the fighting … which is claiming large numbers of lives and threatens even more carnage in the days ahead".

US assets deployed close to Libya now include the 26th Marine Expeditionary Unit comprising two amphibious assault ships, Harrier jump-jets, attack helicopters, landing craft and combat troops. The US can also call on numerous aircraft based in Italy and elsewhere in the Mediterranean plus special forces, technical and intelligence gathering units. Operations to disrupt the regime’s communications through "cyber attack" signal-jamming are being prepared. Meanwhile, the USS Enterprise aircraft carrier and its strike group is reportedly moving up the Red Sea, heading for the Suez canal.

It’s a sure bet Obama does not want to get involved militarily in Libya if he can help it. But he has demanded that Gaddafi step down. And the country is the exception to his hands-off, post-Egypt policy rule of encouraging peaceful reform by friendly Arab governments. If regime forces continue to regain lost territory, if casualties and evidence of mass killings of civilians mount, if the humanitarian crisis deepens, and if political pressure intensifies in Washington, Obama may feel obliged to act.

But there are strong signs that he’s holding firm. US ambassador to NATO Ivo Daalder told ABC’s Jake Tapper that the administration has largely rejected the idea of a no-fly zone, thinking it would be ineffective, and are focusing on humanitarian relief and other priorities. Additionally, Wired’s Spencer Ackerman reports, NATO has launched 24-hour AWACS surveillance of Libya.

Additionally, a "senior official" of the Obama administration interviewed by David Sanger and Thom Shanker of NYT reports that Obama is very concerned about the appearance of meddling in Middle East affairs and "keeps reminding us that the best revolutions are completely organic."

Still, Allied leaders are keeping their options open. A joint statement by Obama and Cameron proclaimed planning for a "full spectrum" of possible actions to force Gaddafi out.

The reason, aside from whatever political and humanitarian pressures the leaders face, is the not insignificant possibility that Gaddafi could survive by brutal repression of the uprising. CSM’s Scott Peterson recalls that Saddam Hussein managed to do just that in 1991 after the first Gulf War. It required another war and more than a decade to remove him from power.

Allowing Gaddafi to win, especially by killing hundreds of his own citizens, may be too bitter a pill for Western leaders to swallow.