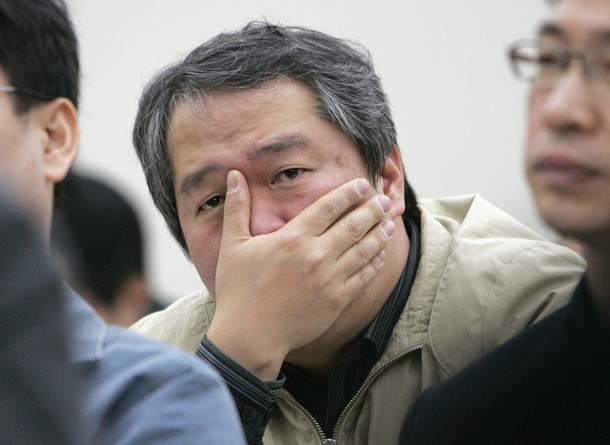 I have been teaching a class called “The Global Marketplace” this semester, but often I begin class by stating, “Welcome back to `The Global Meltdown’ class.”  Instead of studying about rising trade and investment and economic integration, we discuss deglobalization and the prospects for a global depression.

With more than a million Americans losing their jobs in the past two months alone, my seniors cannot help but wonder how they will be able to find a job when they graduate in May.  While no one can predict when the economy will recover, I tell them that we must first learn from the past.  What we are going through today looks all too familiar, just on a much larger scale.

When the American economy went off a cliff in the fall of 2008, I felt like I was reliving South Korea’s 1997 economic crisis all over again.  America’s symptoms look eerily familiar:  Highly indebted automobile manufacturers, banks considered too big to fail, and reckless bankers with cozy ties to the government.  When the sell-off came and panic began to grip the market last fall, President Bush did a spot-on impersonation of then-President Kim Young-sam in 1997:  A deer trapped in the headlights.  Neither president had a clue what to do.

The biggest difference between 1997 and today is the scale of the crisis.  While the economic tsunami that struck Korea was truly gut-wrenching for most Koreans, the crisis was limited to a handful of countries.  This time, virtually the entire world (with the notable exception of China) will experience negative growth and global trade will decline for the first time in over 60 years.  Since the start of the year, one or two U.S. banks have gone bust each week, and several governments have collapsed, including the Czech Republic two weeks ago.

The downturn in the U.S. will be longer and deeper than the one Korea faced.  The real estate market had developed such a huge bubble that it could take another year or more for prices to stabilize, even though the average home price has fallen by 20% in the last year alone.  Millions of Americans are being thrown out of their homes and millions more owe more on their homes than the home is worth, making them strong candidates for future foreclosures.  That could make it almost impossible for banks to relieve themselves of their “toxic assets.”

Little did Washington know twelve years ago that when it had its surrogate, the IMF, lecture Seoul on its poor corporate governance and shoddy lending practices, the Untied States suffered from same affliction.  A former IMF official recently confessed in the Washington Post, “I have come to regret how the IMF and U.S. Treasury all too often lectured leaders in emerging markets how to ‘get their house in order.’”

Moreover, Washington isn’t taking the medicine the IMF prescribed to Seoul as a condition for receiving assistance.  Seoul was ordered to keep interest rates high and not raise spending.  Washington is taking the opposite course by lowering its lending rate to banks effectively to zero and increasing government spending by over a trillion dollars.

I also find it more than a bit ironic that the fate of the automaker that came to symbolize the recklessness of Korea’s chaebol, Daewoo, is intertwined with the fate of the American automaker with the most hubris:  General Motors.  I am not shedding any more tears for the recently ousted head of GM, Rick Wagoner, than I did for the founder of Daewoo, Kim Woo-joong.  Both drove their companies into a ditch.  Wagoner oversaw a company that not only made cars that were less reliable and attractive than their Japanese counterparts, but decided it was more important to make the civilian version of a vehicle designed to transport soldiers in combat rather than alternative fuel or hybrid cars.  This is inexcusable.  One of the few areas GM is being praised is for its strong presence in overseas markets.  Hopefully Daewoo-GM can survive.  Chrysler most likely will not.

The American stock market seems to have stabilized in recent weeks and the Group of 20 summit held in London last week went better than most analysts had expected, but I am not so sure that the worst is over yet.  In the U.S., home prices and auto sales remain in free fall.  If the current trend continues, the unemployment rate will reach over 10% by the summer.  Tens of millions in the developing world could face hunger in the coming months.

Even though the reforms Korea was forced to adopt in 1997 were bitter medicine, the net effect was to place their economy on a much stronger footing.  The Won has fallen against the dollar precipitously, but growth remained positive last year, the unemployment rate is less than half that of America’s, and debt levels are manageable.  Given the decline in global trade, Korea will have to look within for sources of growth, particularly if China’s bicycle economy crashes.

The global economic crisis presents an opportunity to bring about badly-needed reforms. In the U.S., banks were allowed to get too big and create complex financial products that few could understand.  At the same time, regulatory powers must be expanded so that these exotic products as well as non-banks can be properly monitored to avoid future AIG-style implosions.  The income gap between rich and poor has widened to levels not seen since the 1930s.  Taxes should be raised on the rich and more assistance given to the poor.  The United States is also the only advanced country that does not provide healthcare to all of its citizens.  President Obama is nothing if not ambitious in his policy goals.

It remains to be seen if Presidents Obama and Lee Myung-bak have the wisdom and leadership skills necessary to guide their countries though the worst economic crisis since the Great Depression.  At times like this, I am reminded of my favorite Korean proverb, “Even if the sky comes crashing down, there is a hole through which we can pass.”  Their prospects would be a whole lot better if America’s Republicans and Korea’s opposition parties could act more responsibly.

Peter Beck is a nonresident senior fellow at the Atlantic Council and teaches at American University in Washington, D.C. and Ewha Womans University in Seoul.