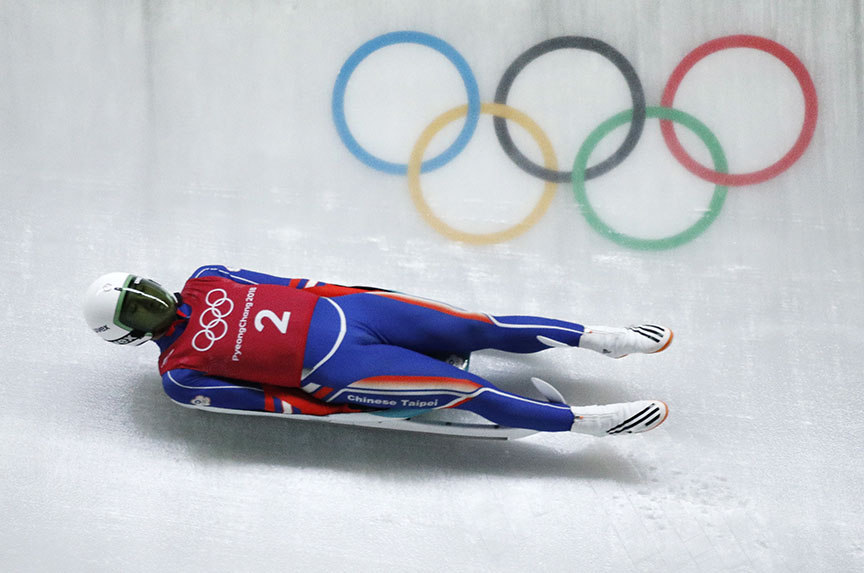 No matter how deft the backflips or how swift the skaters, Korean unity will likely grab the spotlight (and news headlines) at the 2018 Winter Olympics which open in Pyeongchang, South Korea, on February 9.

That is because athletes from North and South Korea will march together under a unified flag at the opening ceremony and field a joint women’s ice hockey team. [The South Korean hockey team is not exactly thrilled about the latter.]

Meanwhile, US Vice President Mike Pence, who will lead the official US government delegation to the opening ceremony at Pyeongchang, has left open the possibility of a meeting with North Korean officials. Pence has also vowed that the United States will soon impose the “toughest and most aggressive sanctions” on North Korea.

Thawing ice? This Olympic truce comes on the heels of several months of sky-high tensions on the Korean Peninsula. North Korea has conducted multiple missile tests (and even one nuclear test). As a result, North Korean leader Kim Jong-un and US President Donald J. Trump have indulged in provocative and escalatory tit-for-tat rhetoric. [Here and here, for example.]

In many ways, the Pyeongchang Olympics have a historical parallel with the 1972 Munich Olympics, which were billed as the “Peaceful Games.” The Games, however, were marred by an attack by Palestinian terrorists that resulted in the death of eleven Israelis — coaches and athletes.

An eventful run-up: Setting aside the nuclear tensions on the Korean Peninsula, the months leading up to the Pyeongchang Olympics have been newsworthy. In December of 2017, the International Olympic Committee (IOC) took the unprecedented step of banning Russia from the Games. IOC investigators had concluded after a lengthy investigation that Russian athletes had indulged in widespread doping.

This move against Russia’s demonstrated habit of defying the rules, as well as the overtures of Korean cooperation against the backdrop of sports diplomacy speak to the geopolitics underlying the Pyeongchang Games.

Politics and boycotts have been as much a part of the modern Olympics as sport itself. We take a look at this history.

1936, Summer Olympics, Berlin: The decision to award the Olympics to Germany was seen by critics as serving to legitimize Adolf Hitler’s Nazi regime. Hitler sought to use the Olympics to prove his theory of racial superiority. African-American athlete Jesse Owens swiftly laid waste to that theory by winning won four gold medals.

Jesse Owens at the Berlin Summer Olympics in 1936.

1948, Summer Olympics, London: Germany and Japan were not invited to the first Olympics after World War II. The Soviet Union was invited but did not attend. These Olympics were, however, the first to be attended by communist countries, including Hungary, Yugoslavia, and Poland.

1952, Summer Olympics, Helsinki: The Soviet Union took part for the first time in Olympic history. [A Russian team last competed in the 1912 Olympics]. Japan and West Germany took part in the Games, but East Germany was denied the opportunity. The Cold War, too, had started to heat up.

1956, Summer Olympics, Melbourne: These Olympics were the target of three boycotts — China withdrew to protest the IOC’s recognition of Taiwan; Egypt, Iraq, and Lebanon protested Israel’s invasion of the Sinai Peninsula; and Spain, Switzerland, and the Netherlands boycotted over the Soviet invasion of Hungary.

1960, Summer Olympics, Rome: These were the last Olympics in which South Africa would compete until 1992. The IOC banned South Africa, which was led by an apartheid regime. It returned to the Barcelona Games, at the end of apartheid, more than thirty years later.

1968, Summer Olympics, Mexico City: This was a turbulent year, marked by the assassination of Martin Luther King Jr. and Robert F. Kennedy, the Soviet invasion of Czechoslovakia, the Vietnam War, and the massacre just ten days before the Olympics of Mexican students protesting their authoritarian government.

East German athletes competed in the Olympics for the first time under their own flag.

Tommie Smith and John Carlos, gold and bronze medalists, respectively, in the men’s two-hundred-meter race, protested racism in the United States by giving the Black Power salute during the national anthem. Both Smith and Carlos were banned from the Games and sent home.

US Olympic gold medalist Tommie Smith, center, and his teammate John Carlos, who won bronze in the 200-meter race, raise their fists during the US national anthem at the 1968 Summer Games in Mexico City. Australian silver medalist Peter Norman is on the left. (Wikimedia Commons)

1976, Summer Olympics, Montreal: Twenty-five African countries boycotted the Games to protest the IOC’s decision to let New Zealand compete in the Olympics despite the fact that its rugby team had played in South Africa in defiance of calls by the United Nations for a sporting embargo. Taiwan withdrew after China put pressure on host Canada not to allow the Taiwanese to participate.

1980, Summer Olympics, Moscow: The United States led more than sixty nations in a boycott of the Moscow Games to protest the Soviet invasion of Afghanistan.

1984, Summer Olympics, Los Angeles: The Soviet Union responded to the Moscow boycott four years earlier by leading fourteen socialist nations — including Cuba and East Germany — in a boycott of Olympics hosted by the United States.

1992, Summer Olympics, Barcelona: These were the first Olympics since the fall of the Berlin Wall and the end of the Cold War. Estonia, Latvia, and Lithuania sent separate teams to the Games; the rest of the former Soviet Union competed as the Unified Team; Germany competed under one flag for the first time since 1964; and the ban on post-apartheid South Africa was lifted.

2008, Summer Olympics, Beijing: The 2008 Games took place in the backdrop of anger from human rights groups who felt that allowing China to host the Games legitimized its repressive government.

2014, Winter Olympics, Sochi, Russia: Georgia called for a boycott of the Games to protest Russia’s role in the war in South Ossetia and Abkhazia. It eventually took part in the Games.

2018, Winter Olympics, Pyeongchang, South Korea: In an unprecedented decision, the IOC banned the Russian Olympic team from participating in the Games as a result of a doping scandal. The Russian flag will not be displayed at the opening ceremony and its anthem will not be played.

However, the IOC agreed to allow “clean” Russian athletes to participate. The Court of Arbitration for Sport is deciding how many of these athletes — who can prove that they have not violated the anti-doping rules —will participate under a neutral flag wearing neutral uniforms.

Image: Lien Te-An of Taiwan, a luger, trains at the Olympic Sliding Center in Pyeongchang, South Korea, on February 7. The Winter Olympics will get underway on February 9. (Reuters/Edgar Su)