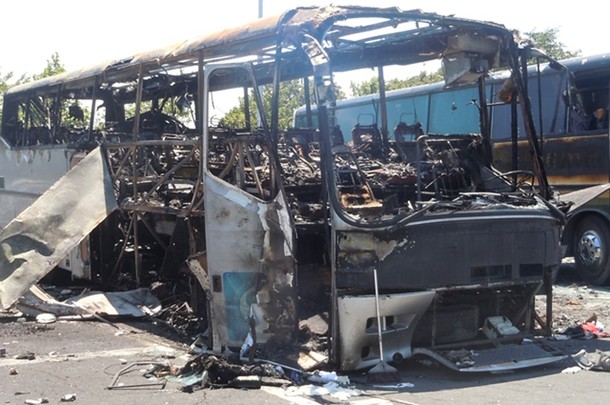 Where is the Kingston Trio when needed? For those who may not recall or weren’t born then, the group was a singing sensation of the late 1950s and early 1960s, so much so that the Trio achieved cult status.

Their 1959 hit, “They’re Rioting in Africa (The Merry Minuet)” was eerily prescient of today in terms of anticipating the many perils plaguing the human condition.

All the lines in that ballad underscored that peril. The most penetrating were “Man’s been endowed with a mushroom-shaped cloud … (and) Someone will set the spark off, and we will all be blown away.” The song ended on the happy note of “what nature doesn’t do to us, will be done by our fellow man.”

Striding the world in 7-league boots, that tune is playing out today from Afghanistan to Zaire. The Levant is filled with turmoil. Elections in Libya, misread by the media as a victory for democracy, have merely set the stage for political turmoil and not for establishing a functioning government. Egypt is in political free-fall, torn over the military’s refusal to accept the ascent of a Muslim Brotherhood-dominated government while its economy continues to deteriorate dashing the expectations of a public who believed that democracy would really improve their lives.

Syria is immersed in a civil war with no exit strategy in sight either for the Assad regime or the rebels who, while better organized and coordinated in terms of military action than many outsiders believed, have no obvious political leadership or structure for a replacement government if the insurgency succeeds in overthrowing Bashar Assad.

Violence is already sending tens of thousands of fleeing refugees into Lebanon. And the consequences this revolution will have almost irrespective of how it ends are likely to be profound for Syria’s other neighbors — Turkey, Iran, Iraq, Jordan and Israel as well as for the fault lines between Shiite and Sunni.

Meanwhile, Iraq is moving from America’s supplicant to a quasi-ally of Iran.

With NATO forces drawing down, Afghanistan is entering a very vulnerable period.

Relations between America and Pakistan oscillate between friend and foe.

And for those who have missed it, the South China Sea risks becoming a ticking time bomb as the regional powers jockey over territorial claims and control of maritime resources.

Events in North Korea leading to the relief of the senior most military commander aren’t calming either.

In Europe, the euro crisis is far from over. A half a dozen governments have changed as a result and more could follow.

The most dangerous threat could rest in whether Israel concludes that Iran’s nuclear ambitions pose an existential danger that can only be countered by an attack to destroy those capabilities permanently. The shadow war being waged by both states exacerbates the risks of escalation. The murder of Israeli tourists in Bulgaria, almost certainly the work of Iranian intelligence or its surrogate Hezbollah, heightened tensions between Tel Aviv and Tehran although retaliation by Israel may not be immediately forthcoming.

Unfortunately, the scene is little better in the United States. The economy is struggling. Come year’s end, the fiscal axes fall. If that happens, the sluggish recovery could descend into recession or worse.

America’s government is broken and paralyzed by the presidential and congressional campaigns if such a dual condition is possible. The presidential sweepstakes have disintegrated into character assassination by both parties. The Republican campaign accuses the president of being a “socialist” and “not American,” although the last slur was withdrawn.

Democrats accuse Mitt Romney of breaking the law in declaring that he left his firm Bain Capital in 1999 to run the Olympics when the records show he still was chairman and sole shareholder and that the governor’s offshore bank accounts were put in place to avoid paying taxes.

Heaven forefend that both candidates run on the issues and on specific and serious programs of what they will or won’t do instead of taking inflexible stands such as cutting or raising taxes and spending.

The automatic reaction of most Americans is to demand better leadership and better leaders. Unfortunately, aside from convincing the party loyalists and the extreme wings, neither candidate has dented the armored bubble preventing good leadership from taking root.

A rare exception was U.S. Sen. John McCain’s, R-Ariz., denouncing of Republicans for slandering one of U.S. Secretary of State Hillary Clinton’s trusted aides, who was seen as part of an alleged Muslim Brotherhood conspiracy to influence the government.

But let’s not hold our breaths for another Washington or Lincoln (or McCain) to emerge soon.

We have the means, the motivation and the reality of having to deal seriously with these issues. Sadly, the last refrain of the Kingston Trio hit rings true: What nature doesn’t do to us, we will do to ourselves.