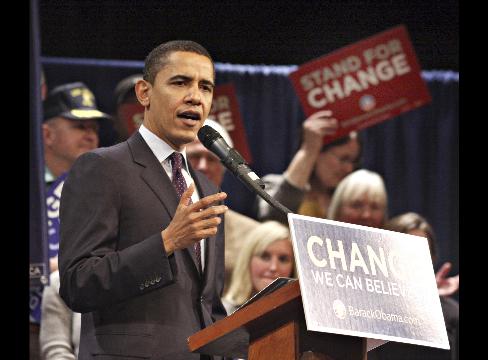 When ­American voters get in one of thei­r “change” moods, as demonstrated by the galloping fever for Democratic presidential contender Barack ­Obama, they discount the value of foreign-policy experience in their candidates.

Yet the change that will matter most to the winner in New Hampshire or November is global and outside the reach of any ballot box. The next president will inherit the biggest geopolitical shift since the Cold War’s end, moving us from a world steered by a dominant U.S. to a messy multipolar planet that often will defy diminished American authority.

True, the U.S. will remain the most important force shaping global affairs and providing order. Yet its currency is declining in more than one way: Its relative global economic might and financial wherewithal is shrinking, its global prestige has dulled, and Iraq has demonstrated the limits of military superiority.

Thus the primary job of the next president will be coming to terms with inescapable changes of the global kind. He or she will have to be more resourceful to protect U.S. interests, more persuasive in order to galvanize allies and win over friends, and more creative in remaking enfeebled global institutions.

This all comes amid tests that would defy the most-dominant power: Iraq’s continuing violence, Iran’s coming nukes, Pakistan’s instability, Afghanistan’s fragility, Russia’s revisionism, rising extremism and wary allies. Veteran diplomat Richard Holbrooke, a Hillary Clinton adviser, says this all adds up to the most daunting and complex set of foreign policy challenges to face any newly elected president in U.S. history.

As Obama, the leading benefactor of this lust for change, wrote in one of a series of candidates’ policy declarations in Foreign Affairs magazine: “The American moment is not over, but it must be seized anew. To see American power in terminal decline is to ignore America’s great promise and historic purpose in the world.”

That’s stirring rhetoric, but is he or anyone else up to the toughest foreign policy task in American history? His victory would no doubt alter global poll figures about the U.S. faster, but would Hillary Clinton’s eight years in the White House provide a steadier hand? Is John McCain’s maturity and know-how what’s needed, or Mitt Romney’s management savvy?

History is an uncertain guide. Jimmy Carter and Ronald Reagan were both former governors with minimal experience in foreign affairs. Carter eroded America’s position before Reagan restored it and put the pieces in place for the deeply experienced George H.W. Bush — former ambassador, Central Intelligence Agency director and vice president — to manage the Cold War’s end and build the broad international coalition in the first war in Iraq.

In that respect, two recent studies are must-reads, painting a sobering picture of where the world might land if U.S. leadership continues to falter and if rising powers are neither democratic nor committed to working within institutions the U.S. and Europe created after World War II.

The first article, “The Return of Authoritarian Great Powers” by Azar Gat, a professor at Tel Aviv University, appeared in Foreign Affairs magazine and argues that today’s liberal democratic global order faces two challenges: radical Islam and the rise of non-democratic great powers in China and Russia. He considers Islamic extremism to be the less important of the two because it grows from poor and stagnant societies that ultimately can’t challenge the West militarily or offer an alternative global model.

Though he’s confident capitalism is here to stay, he believes democracy will be threatened. He sees China and Russia as economically successful authoritarian capitalist powers with greater potential because of their size and reach. He reminds us that “had it not been for the United States, liberal democracy may well have lost the great struggles of the twentieth century.”

In the second article, published in National Interest, Steven Weber, Naazneen Barma and Ely Ratner of the University of California, Berkeley, warn in “A World Without the West” that the new powers — China, India and Russia — may set up an alternative global order of practices and institutions that will undermine Western influence and interests.

There’s plenty of evidence to support this concern. China’s growing presence in Africa has offered an alternate development model without the promise of human rights or democracy. In Sudan, China has the most influence to end the Darfur crisis because it is the government’s leading economic sponsor.

Meanwhile, the Shanghai Cooperation Organization, created by China and Russia in Central Asia, represents a maturing regional institution where Iran, but not the U.S., has observer status.

“This world,” write the authors, “rests on a rapid deepening of interconnectivity within the developing world — in flows of goods, money, people and ideas — that is surprisingly autonomous from Western control.” They conclude that this will result “in the development of a new, parallel international system, with its own distinctive set of rules, institutions and currencies of power.”

Most U.S. television news channels are tracking the primary season with breathless play-by-play, more in line with America’s simultaneous football championships. CNN even branded its coverage the “Ballot Bowl.” What they miss is that the next occupant of the White House must be prepared to play a very different game.