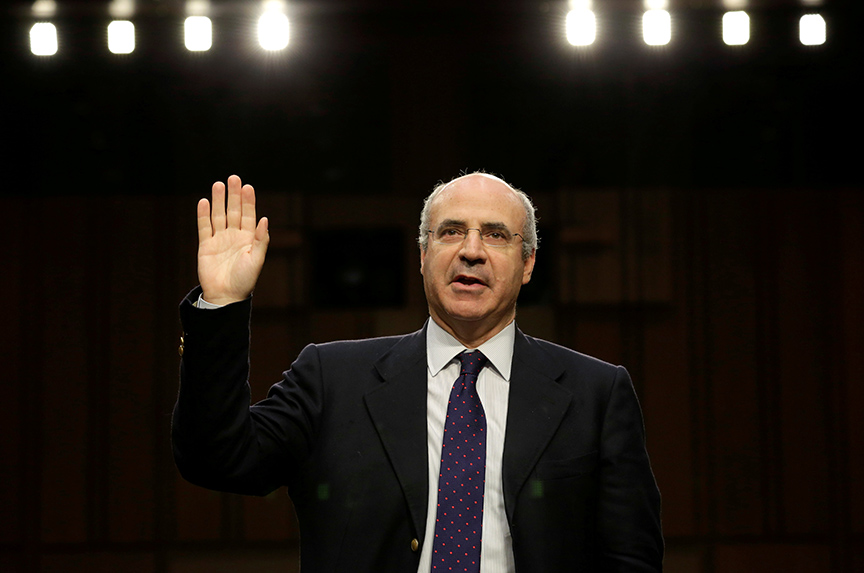 It should have been a huge personal triumph for Bill Browder.

All twenty-eight European Union governments met in The Hague on November 20 to negotiate for the first time the adoption of a legal mechanism to sanction human rights violators, prompted by Browder’s very personal nine-year campaign to get justice for his friend, murdered in a Russian prison.

Instead, Browder is disappointed and it all comes down to one word: “Magnitsky.” It’s a word so powerful and divisive the Dutch government very deliberately left it off the title of the proposed legislation.

Sergei Magnitsky, Browder’s former tax lawyer, was killed while incarcerated in 2009. At the time, he was investigating a multimillion-dollar financial fraud allegedly involving Russian government figures misappropriating funds related to companies formerly run by Browder. The businessman-turned-activist’s mission since then has been to target those responsible, which resulted in the first Magnitsky Act, passed in the United States in 2012. This imposed asset freezes and visa bans on Russian officials linked to Magnitsky’s murder. The Magnitsky Act has since been expanded to a Global Magnitsky Act and followed by national legislation in the United Kingdom, Estonia, Latvia, Lithuania, and Canada.

“But the real prize is the European Union,” Browder explained, saying he’d at first been encouraged when the Dutch government convened an EU-wide meeting on the subject at the behest of its parliament, which mandated it. But then he learned the Dutch proposal for human rights sanctions would have a generic name.

“It’s ridiculous!” Browder said. “It’s like deleting Sakharov’s name or Mandela’s name because that upset Russia or South Africa so much. It’s been his sacrifice, his murder that led that led to this entire movement. And now what? The Dutch want to just delete it. That’s just offensive to anybody who knows anything about this story.”

For those who wonder why it is so important to keep Magnitsky’s name on the bill, Browder suggests that can be measured by how badly Russian President Vladimir Putin and his allies want it erased. Browder notes that Natalia Veselnitskaya, the infamous Russian lawyer who set up a meeting with Donald Trump, Jr. to supposedly hand over dirt on Hillary Clinton, lobbied repeatedly for abolishing the Magnitsky Act. Pro-Moscow US Rep. Dana Rohrabacher, ousted in the midterms earlier in November, tried unsuccessfully to get the name “Magnitsky” removed in the United States, too.

“It’s very simple,” Browder explained. “Vladimir Putin hates the name ‘Magnitsky.’ It refers to a massive crime that he was a beneficiary of and he’s doing everything possible in every different place to have the Magnitsky Act repealed and have Magnitsky’s name taken off them, at a minimum.”

The European Parliament approved creating an EU Magnitsky Act back in 2014, but requests to the executive arm, the European Commission, to draft legislation remain unheeded. Browder says he was told European Commission Vice President Federica Mogherini opposes the idea and that he would have better luck in European capitals, going one by one.

It’s made Browder derisive of the EU’s claim to any moral high ground on human rights. “This is not an organization that has anything to do with human rights and it needs huge reform to actually become functional in that area,” he said. “To get anything to happen in the EU it requires power and leverage and force and shame.”

He believes there’s plenty of shame to go around. “The Skripal poisoning, the spying on the [OPCW] chemical weapons lab, in addition you have MH17, the killing of many hundreds of innocent people,” he noted. “You have the invasion of Crimea. You have tens of thousands of lost Ukrainian lives. And there’s even talk in the European Union about lifting sanctions against Russia!”

That’s of more than a superficial interest for Browder, who’s on constant guard for his own safety and takes precautions such as never eating at the same restaurant twice. He believes Putin considers him a top target, having tried to get him arrested via Interpol six times. The Russian president even suggested to US President Donald J. Trump at their July summit in Helsinki that he could help in an election-meddling investigation if Trump were to reciprocate with assisting in Moscow’s desire to see the US-born Browder in a Russian jail.

“It was an incredibly powerful boost to my Magnitsky campaign,” he said with a laugh. “If Putin hates me so much because of what I’ve done then I must have done something right and that has real resonance among lots of people.” He said parliamentarians from all over the world had been calling him to see about passing their own Magnitsky Acts.

As for the EU process, Browder has several Dutch lawmakers on his side who say they will keep trying to get the name “Magnitsky” on their proposed legislation. He doesn’t predict when that might happen, but he’s certain it will. “By not putting a date I don’t get frustrated if it hasn’t met that deadline,” he explained. “I will carry on and carry on and carry on until this job is done. I’m going to get justice for Sergei Magnitsky, to make these people in Russia who participated in that crime and who participated in the cover up pay dearly for what they did.”

Image: “Vladimir Putin hates the name ‘Magnitsky,’” said Bill Browder. “It refers to a massive crime that he was a beneficiary of and he's doing everything possible in every different place to have the Magnitsky Act repealed and have Magnitsky's name taken off them, at a minimum.” (Reuters/Yuri Gripas/File Photo)