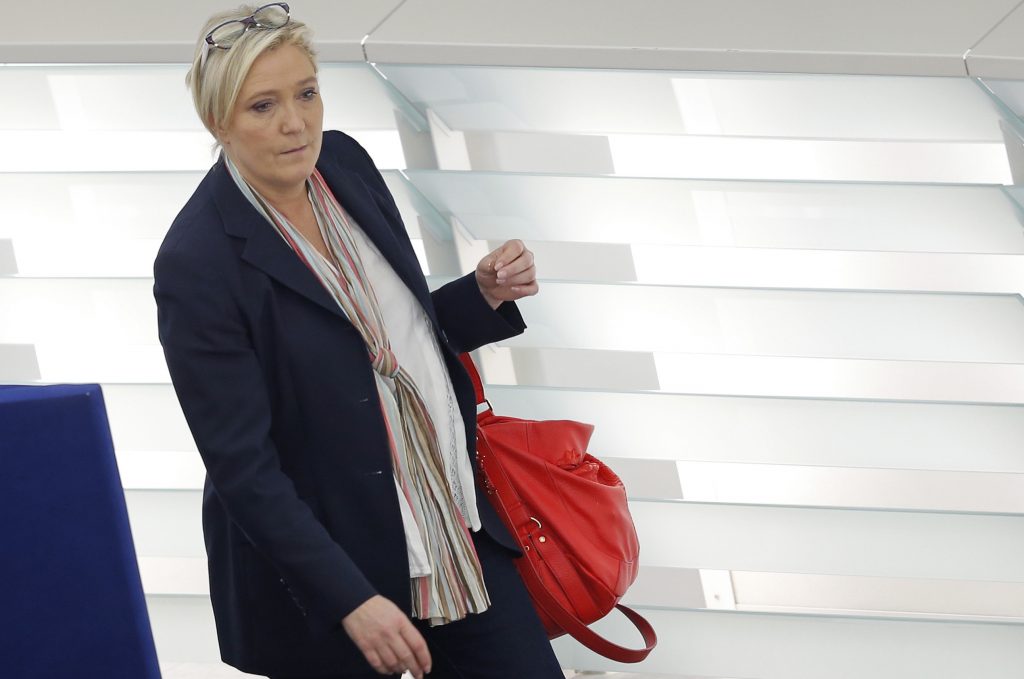 It’s time to ask a hard question: What would it mean for US interests if Marine Le Pen, leader of France’s far-right National Front party, were to capture the French presidency in the spring of 2017? Short answer: this is one “French Connection” that most Americans won’t like, and shouldn’t encourage.

True, Le Pen is one of those rare politicians who can win and lose the same election. In the December 6 first round of voting for control of France’s thirteen regional councils, her far-right Front National party won a precedent-shattering 28 percent share of the ballots cast, outpolling the center-right Les Républicains (27 percent)led by former President Nicolas Sarkozy, and the Parti Socialiste (23.5 percent)loyal to President François Hollande.

French electoral laws and, in some localities, an uneasy marriage of convenience between supporters of the mainstream parties blocked the Front National from conquering a single regional presidency in the December 13 runoff.  Still, it received 6.8 million votes—800,000 more than the first round, proof of its formidable “ground game.”  And, by tripling its number of council seats, Le Pen’s party now controls 20 percent of the nationwide total. This “formidable success,” Le Pen told adoring supporters, demonstrated the party’s “inexorable rise” since her third-place showing (with 18 percent) behind Sarkozy and Hollande in the first round of the 2012 presidential election.

The next presidential election takes place in April-May 2017, and Le Pen’s appeal among French voters should not be underestimated. Recent surveys of voters’ intentions show her finishing first or a close second in a hypothetical first-round contest that includes Hollande and either Sarkozy or Alain Juppé, the former President’s Foreign Minister and now his leading rival for the Les Républicains nomination. Although one survey also shows Le Pen losing the runoff to either Sarkozy or Juppé, a lot could change between now and then. For example, bitter internecine feuds within the center-right leadership could jeopardize its ability to rally its supporters against Le Pen in the second round. And it’s not clear that Hollande, even if he were to outpoll the center-right’s candidate in the first round, could reunite his fractious left-wing and attract enough centrist voters to defeat Le Pen in a runoff.

According to Le Pen, the coming battle for the Élysée Palace will pit the “globalists” (as she describes the traditional, or mainstream, parties of the Right and Left) against the “patriots” of the Front National.  Among the main pillars of her domestic agenda: an “implacable fight” against illegal immigration (with “automatic expulsions” of undocumented foreigners); a “drastic reduction” in legal immigration (to a ceiling of around 10,000 annually) while ending or severely limiting provisions for family reunifications or asylum for refugees; and an end to “Anglo-Saxon multiculturalism,” whose “first victims are white male heterosexuals.”

Le Pen’s antipathy to the European Union runs deep and wide. A member of the European Parliament since 2004, she co-sponsored a resolution there last June to force the European Commission to draw up an act dissolving the EU, which would then be submitted to referenda in the member states. Her party’s platform calls for a “stop to the unhappy experience of the Euro,” the return to national currencies, and effectively ending the Schengen accord on free movement within the EU.

Le Pen’s views on foreign and defense policy might be less familiar to Americans, but they are just as disturbing. She has advocated withdrawing, “without delay,” from NATO’s integrated military structures, which France rejoined (under Sarkozy) in early 2009.  In Le Pen’s world, France has become the “poodle” of the United States; Washington, she suggests, dragged the French into wars “which are not ours” in Afghanistan and Libya. TheFront National website has railed against the United States’ “virtual takeover of Western Ukraine to ‘NATO-ise’ the country.” And Le Pen has spoken of her “certain admiration” for Vladimir Putin, and broadly supported the Russian President’s actions in Ukraine and Syria. (In April 2015, French media published text messages between Russian officials suggesting a quid pro quo between Le Pen’s support for Russia’s annexation of Crimea and subsequent large Russian bank loans to the Front National.)

If, indeed, the views and policies proffered by Le Pen are no laughing matter—unlike Sarah Palin’s recent ode to Marion Maréchal-Le Pen, Marine’s niece and protégé, whom Palin compares favorably to Joan of Arc—what should American policymakers do about it? Here are two recommendations.

First, don’t panic.  Despite its many current and serious challenges—economic, social, security, and, some would argue, a political establishment that’s been slow to modernize—France remains a proud and resilient democracy.  Overall, the reaction of French citizens to the terrorist attacks on November 13 has testified to their best traits of character and courage.  Americans do not need to hector the French about staying true to our common values, and would be resented if we were to try.

Second, continue and, where possible, deepen the close foreign policy, counterterrorism, and defense cooperation with France that US President Barack Obama’s administration has built up over the past several years. Sustaining joint and complementary efforts to defeat Daesh, ending Syria’s civil war, and lessening the refugee burden on Europe will be especially important—and can only help limit the Front National’s appeal.

Here it’s useful to recall how senior officials in former US President George W. Bush’s administration prepared the groundwork, in late 2008, for France’s return to full participation in NATO structures, knowing fully well that Bush’s successor would need to clinch the historic deal within weeks of taking office.  There won’t be much time between the inauguration of a new US President in January 2017 and that of his or her French counterpart four months later.

For the United States, more is at stake than the health of bilateral relations with our oldest ally.  France’s strong role in NATO and the EU, and its positive engagement in international security, economic, humanitarian, and environmental affairs is a significant plus for our broader transatlantic and global interests. Whatever the French ultimately decide regarding Le Pen—and I’m betting she won’t be the next occupant of the Élysée—we need to keep that in mind.