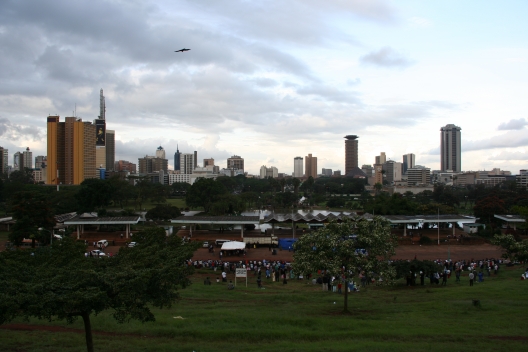 The attack on Nairobi’s Westgate mall is a vicious development in the war on terrorism: It signals the evolution of an unpopular splinter faction of a radical Somali group into a truly transnational terrorist organization.

It also marks a major failure for the United States’ counterterrorism strategy in Somalia.

Not understanding the mixed motives of local radicals, Washington did not appreciate how difficult it would be for Al Qaeda to use Somalia as a base. Washington overreacted to the terrorist threat there, financing two occupations of the country by Ethiopia and Kenya and bankrolling the presence of peacekeepers from Uganda and Burundi.

Those moves bred local resentment over foreign interference and gave rise to Al Shabab, an Islamist militia. At first the group was bent simply on overthrowing Somalia’s corrupt Western-backed government. But it was quickly penetrated by jihadists, mostly foreigners with links to Al Qaeda who were determined to exploit Somalia’s small war to draw American forces into a conflict on the ground.

The jihadists didn’t succeed, however. Although the Shabab did manage to seize a great deal of territory — almost half of Somalia — and hold it for a surprisingly long time, it never did much harm to the West.

With Washington largely outsourcing its counterterrorism efforts to African Union peacekeepers, Somalia did not become the feared quagmire; the Shabab has yet to directly strike U.S. interests.

One reason is that the global jihadists within the Shabab were undermined by the clan loyalties of their local counterparts at almost every turn. Local leaders also wanted to topple the Western-backed government in Mogadishu, but they had little interest in conflating their insurgency with Al Qaeda’s global jihad. Most Somalis couldn’t survive without remittances from the Somali diaspora, and so an attack on Nairobi, say, would amount to a form of political suicide for the Shabab’s local leaders.

Meanwhile the foreign jihadists in the group had come to realize Somalia could never be a long-term host for Al Qaeda. Local radicals are prone to infighting, and even if they were interested in targeting American interests, there are few of those in Somalia, apart from the occasional aid worker or journalist.

By early last year, the Shabab was also on the back foot militarily and rapidly losing territory to African Union forces. Then in June the group’s most influential clan-based leaders split off from the movement after its hardcore emir tried to have them killed, leaving the foreign radicals without the most powerful indigenous players. (The jihadists have become so unpopular that there is no local political backlash when they are taken out by American drones.)

It was time to move on. Somalia — which Al Qaeda might never even have considered a long-term base of operations — had served its purpose. The struggling local insurgency against a Western-backed government had given the foreign radicals the space to incubate a new terrorist movement.

By working with the Shabab, Al Qaeda operatives had gained access to the Somali diaspora in Kenya — like the Pumwani Riadha Mosque in Nairobi — as well as in the United States and Europe.

Now the question is no longer whether these jihadists can maintain control of a restive backwater like Somalia but whether they can gain a foothold in East Africa’s hub, Nairobi. Full of Western tourists and diplomats, foreign businesses and aid groups, the city represents an opportunity for Al Qaeda to pursue its raison d’être: attacking Americans in the service of establishing a global caliphate.

The jihadists who worked with the Shabab in Somalia will likely pursue an Africanized version of Al Qaeda’s global jihad across East Africa, with Westerners featuring among its main targets. To that end, they will probably seek to adopt the grievances of the disaffected, especially among the young and Muslim minorities.

Kenya may be fertile ground for these efforts: Half of Nairobi’s population lives in slums, the youth are chronically unemployed, and Muslims are particularly disenfranchised. Ethnic Somalis tend to be disliked; the Nairobi police have swept up hundreds of them on the suspicion that they are linked to terrorists.

So far, Al Qaeda’s affiliates in Africa have largely failed to connect with the public. Boko Haram’s religious crusade in northern Nigeria has been perceived as pointless nihilism to Nigerians across the religious spectrum. Many Malians were glad to see the back of repressive militant rule in northern Mali.

Al Qaeda’s footing in Nairobi is also uncertain — as demonstrated by its bringing jihadists from around the world to perpetrate the Westgate attack. Recruiting its fighters among locals is the next evolutionary step for Al Qaeda in Kenya. And the job will be easier if Kenya’s ethnic Somalis become the target of police crackdowns and vigilante acts by the public. No doubt sparking such reactions was one motive behind the Westgate attack.

In Somalia, clan leaders bent on their a local insurgency exploited Al Qaeda’s resources to pursue their own ambitions. In Kenya, the foreign jihadists exploited their Somali connection to attack both Kenya and its Western allies. This is evidence of a dangerous evolution: The attack on Westgate mall could mark the day that Al Qaeda’s Africa strategy started to work.

Bronwyn Bruton is deputy director of the Atlantic Council’s Africa Center in Washington.