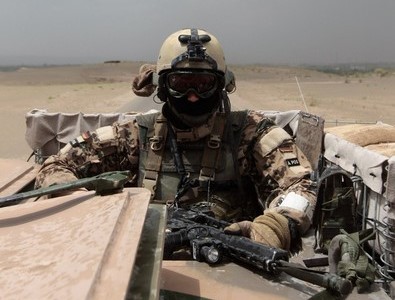 Last week’s column explored the questions of why wars start and why wars are lost. Flawed assumptions, miscalculations and misperceptions, ideologically driven assertions and the failure to examine potential consequences are among the better explanations.

However, there is a flip side. Greater utility may rest in understanding how wars are won. Reviewing the last 100 years of U.S. history is illustrative and relevant to 2012.

Both world wars were America’s only declared wars of the past 100 years. Korea, Vietnam, Afghanistan and two Gulf Wars received congressional authorization to use force. None of these was a declared war — an interesting fact by itself.

Following World War I, peace lasted only 20 years. The failure to address legitimate grievances of the defeated powers as well as humiliating and punishing reparations would metastasize into the second world war. That war was the only one, so far, that has proven a lasting victory for reasons to be noted below.

Of the other conflicts, Vietnam and the second Gulf War failed even though today, U.S.-Vietnamese relations are indeed good. Iraq remains a mess in which a huge expenditure of blood and treasure has only produced a country descending into chaos and violence and enhanced the regional influence of Iran (eliminating the gains of Gulf War I). Afghanistan seems headed to fail.

South Korea is more interesting for explanations that relate to the unbridled success of World War II.

Despite the efforts of President Franklin Roosevelt to engage the United States in Europe as war broke out in 1939, World War I had stoked America’s isolationist passions. Further, a surprising number of Americans looked more favorably on Nazi Germany than on Great Britain. The pro-Soviet crowd was small in number.

The Dec. 7, 1941, shock of Pearl Harbor catalyzed American outrage. But Roosevelt must have been desperate. Hitler was FDR’s prime target. Yet the United States was about to be at war in the wrong ocean against the wrong enemy. Hitler relieved that predicament by unilaterally declaring war on the United States on Dec. 11.

Allied war policy was unconditional surrender. The strategy was to hold in the Pacific and win first in the Atlantic. The potential of American industry was unleashed. The arsenal of democracy churned out staggering quantities of weapons and other sinews of war many of which empowered our then Soviet allies to bleed the Wehrmacht to death on the Eastern Front. The seemingly invincible Axis was overpowered, overwhelmed and unconditionally defeated in less than four years, a remarkable outcome.

At war’s end, Nazi Germany and Japan were in ruins. Both economies from heavy industry to agriculture were destroyed. Hundreds of thousands of their civilians were killed in bombing raids and millions of soldiers died in battle or in captivity.

Last, Japan and Germany (and Italy) were occupied, helpless and at the mercy and charity of the victors for survival. For administrative ease of occupation, Korea was divided at the 38th parallel with Americans in the south and Soviets in the north.

Rather than repeat the blunders of the first war in demanding reparations that planted the seeds from which Hitler would spring, the allies took a more sophisticated, magnanimous and intelligent posture to rebuild and democratize the defeated enemy.

It took two years until 1947 and the announcement of the Marshall Plan for the full brunt of U.S. largesse to be energized.

However, because of the occupation and the forward thinking and good will of the United States and its allies, democratic and market-driven states would emerge in Germany, Japan and Italy. Each also had earlier experiences with democracy so that preconditions for success were in place.

Of course, that didn’t happen in East Germany.

It took much longer in South Korea for military rule to end. However, in the aftermath, South Korea and the once defeated Axis powers became thriving democracies. But the lessons from that experience are clear.

The enemy must be so devastated that there is no will to resist. And the victor must be prepared and committed to an enduring occupation to guarantee any transition. Nearly 70 years after Japan surrendered in Tokyo Bay in September 1945 ending the war, the United States still maintains substantial military presence in Germany, Japan, South Korea and Italy.

The visit of Israeli Prime Minister Binyamin Netanyahu Monday to Washington underscores the looming issue of Iran. Iraq and Afghanistan show no signs of progressing along the democratic paths which the defeated powers of World War II took.

Does that mean for a successful democratic transition to occur, first an enemy state must be literally flattened; second a Marshall-like plan put in place; and, third, a decades’ long occupation sustained?

Who knows? But what it took to win World War II is something to consider especially as attacking Iran remains a serious option.