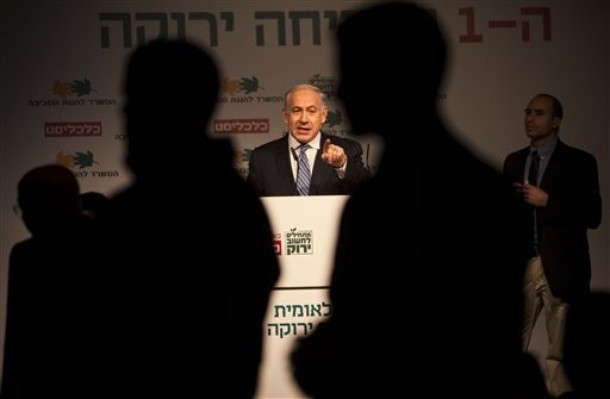 As the White House defuses efforts to restart a 21st-century variant of the ancient Persian wars through a pre-emptive, presumptive Israeli military strike against Iran’s nuclear facilities, history offers several stark warnings and lessons about starting and losing wars to be ignored at our risk.

After the 10-month-long Franco-Prussian war of 1870 in which the Emperor Napoleon III and his entire army were captured at the Battle of Sedan, European military strategies would be predicated on the assumption that who mobilizes first wins. What resulted were four years of stalemate and the horrors of static trench warfare in the misnamed Great War of 1914-18.

Two decades later, believing the European states were weak and that German racial superiority could win a second front war against the inferior races of the Soviet Union, Hitler struck first in both the western and eastern theaters.

In December 1941, the Japanese High Command in Tokyo assumed that American isolationism would make a quick strike to sink its Pacific Fleet at Pearl Harbor sufficient to induce capitulation.

In November 1950 after a brilliant amphibious landing at Inchon routed Pyongyang’s invading army in the South, General of the U.S. Army Douglas McArthur surged U.N. forces toward the Yalu River separating Korea and China. Despite two premeditated Chinese incursions and withdrawals against his advancing forces, McArthur rejected these unmistakable signs of Chinese intent to intervene. China attacked massively driving U.N. forces into a headlong retreat south. The result was stalemate and ultimate negotiations that still divide the Korea Peninsula at the 38th parallel.

In South Vietnam, the prospect of Southeast Asian falling dominoes led to the conclusion that the spread of communism had to be stopped at the Mekong River so the United States wouldn’t find itself fighting the red menace at the Mississippi at some future date. Over a decade of war and the loss of 58,000 American and countless Vietnamese lives followed. Ironically, one of America’s greatest admirers today is the Vietnamese people.

George W. Bush and his “freedom agenda” asserted that regime change would produce a “profound” transformation of the geopolitics of the Middle East. Sadly, he was correct.

The misplaced and faulty arguments that imagined massive stockpiles of weapons of mass destruction under the control of Saddam Hussein was further rationalization for an invasion and occupation of Iraq that began in March 2003 and ended only two months ago. In Afghanistan, retaliation against the Taliban for harboring al-Qaida and Osama bin Laden morphed into a quasi-occupation culminating last week in extensive riots across that country after U.S. forces inadvertently destroyed thousands of copies of the Koran. The questions of what next and was it worth it are still unanswered.

The visit of Israeli Prime Minister Binyamin Netanyahu to Washington this week may or may not be a showdown with U.S. President Barack Obama over Iran. But Iran is the cause celebre for this meeting and for possibly immediate decisions on how to proceed.

The prior visits to Tel Aviv of U.S. Secretary of Defense Leon Panetta and Chairman of the Joint Chiefs U.S. Army Gen. Martin Dempsey were unmistakable signals to restrain Israeli appetite for striking Iran’s nuclear infrastructure and Washington’s decision to give sanctions a chance to work.

Unfortunately, the sound bite that “the only thing worse than Iran without nuclear weapons is Iran with them” reflects an emotional and not a rational strategy for dealing with this simmering crisis. And worse, the instability in North Africa, Syria, Iraq and the Persian Gulf states is fuel for the potentially worst conflagration of this century and possibly of the final decades of the last one.

Last week, former Vice Chairman of the Joint Chiefs of Staff retired U.S. Marines Gen. James Cartwright and former Central Command Commander retired U.S. Navy Adm. William Fallon sat on a panel looking at the Iranian nuclear issue and possible options. Asked whether the United States had the capacity to prevent Iran from obtaining nuclear weapons short of an invasion, Cartwright’s one word answer was, “No.”

When asked what it would take to accomplish that mission, Fallon tapped his shoe — eloquently and silently expressing that only “boots on the ground” would work.

Despite the many possible nightmarish scenarios attendant to Iran’s fielding nuclear weapons from terrorist attacks to regional nuclear proliferation, history offers some lessons. In 1949, even greater fears over a Soviet A-bomb reverberated throughout America. Ditto in 1964 when the Red Chinese detonated a weapon. And the threat of Pyongyang exploding a nuclear weapon — and it is unclear whether it has a deployable weapon — was voiced in equally cataclysmic terms.

No one wants Iran to come into possession of a nuclear weapon. Perhaps sanctions and diplomacy will work. But, unless we are prepared to invade and occupy that country possibly for decades, we need a Plan B. Is anyone working on that?