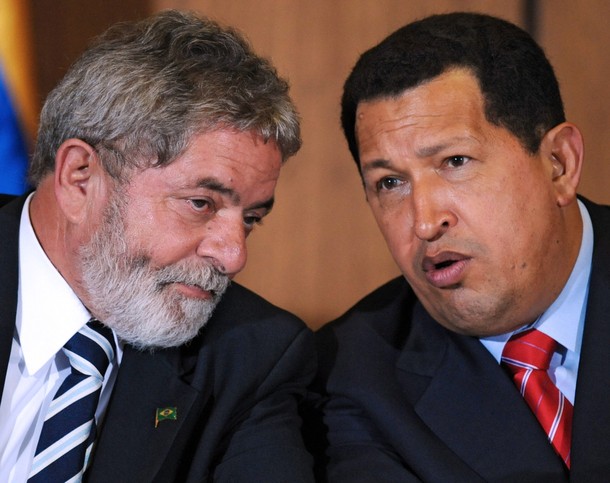 In the aftermath of the largest oil spill in history, Big Oil — never the greatest of PR cases — has lost most of the few friends it ever had. When BP — whose assets stretch from Azerbaijan to Libya to the Alaskan Arctic — announced last month that it was planning to shrink in size after its huge losses from the Deepwater Horizon disaster, selling off at least $30 billion worth of its assets in places like Texas and Vietnam, it accordingly received little sympathy. Even those who don’t actively hate BP tend to argue that a bit of streamlining might do it some good, producing a more effective and competitive oil company — or even that the company’s pieces are worth more than BP itself at this point.

That’s a crude analysis. The shrinking of Big Oil should neither be cheered nor cautiously welcomed. Much more is at stake here than schadenfreude and corporate efficiency. If Big Oil is rolled back, so is Western influence in global energy markets — and you won’t like the people who fill that power vacuum.

The talk of the town in Houston today is leaner, meaner, greener supermajors. ConocoPhillips has benefited recently from trimming fat, selling off some assets while cutting staff, and BP is hardly the only company in the post-Gulf-spill world adopting a strategy based on this faddish principle. But in truth, Big Oil is really not that big to begin with. The six supermajors only hold about 5 percent of global oil and natural gas reserves. The rest are controlled by governments: some like Norway’s democracy, but most like Equatorial Guinea’s Teodoro Obiang. Even a third of a century after the OPEC embargo, the oil business’s biggest problem is still resource nationalism: incompetent, capricious, and geopolitically malicious governments that use energy as a weapon or a plaything.

It was this imbalance of power that motivated BP, once one of the leanest and meanest of the majors, to expand during the tenure of outgoing CEO Tony Hayward’s predecessor, John Browne. In the early 1990s, the company’s reserves were quickly dwindling in some of the most politically inhospitable parts of the world; Browne’s ambitious strategy was to grow the company so that it could survive. BP’s aggressive swallowing of pedigreed American companies Amoco and Arco, and the ill-fated merger with Russia’s TNK in the late 1990s and early 2000s, kicked off the merger mania that created the supermajors we know today: Exxon-Mobil, Chevron-Texaco, Conoco-Phillips and Total-Petrofina-Elf.

The mergers occurred because consolidating private companies was the quickest and easiest way of growing reserves in a world where most of them were off limits, possessed by national oil companies and petro-oligarchs. Merger plans were adopted not because of the monopolistic tendencies Big Oil is often accused of having, but because they would allow companies to acquire greater reserves without the high costs of exploration — why look for new oil when you can just buy another company’s?

After the merger mania went as far as it could in the first half of this decade, Big Oil cautiously returned to the hunt for new untapped reserves. But it was once again blocked by the national oil companies and the governments that oversaw them, who already owned most of the world’s easy-to-access oil. So the supermajors have for almost a decade been forced to look for deepwater "elephants": highly lucrative, but also potentially risky fields, accessible only with the technology and expertise that Big Oil can provide.

The shrinking of Big Oil after the gulf spill will only reinforce this trend, as the supermajors streamline to focus on this sort of high-risk, high-payoff exploration. Even with stepped-up regulatory safeguards, the pillorying of BP will have the perverse effect of increasing the likelihood of another catastrophic spill. The next target for deepwater drilling is the Arctic. Why? Because national boundaries are fuzzy up there and only the supermajors have the technology to work in such a harsh environment. Get ready for oily polar bears and blackened seals.

If the free market could reach the world’s abundant easy oil, these sorts of gambles wouldn’t be necessary; global production would increase, and prices would be less volatile. But thanks to the poor management of the world’s mostly nationalized oil reserves, the exact opposite is happening. Production of oil and gas in Iran is significantly less than it was before the 1979 revolution. The same is true of production in Venezuela since Hugo Chávez took power in 1999. After the sometimes violent de facto nationalization of energy assets in Russia over the past decade, the growth of oil production there fell by 80 percent. Until recent changes in all three countries, resource nationalism in Saudi Arabia, Iraq, and Libya meant stagnant production for over three decades. Demand for oil may be down in the United States and Europe, but China and other emerging markets remain thirsty. While Beijing may cut mercantilist deals with oil producers, many emerging and advanced economies will continue to rely on the shrinking supermajors’ deepwater oil.

Big Oil was the result of the geopolitical problem of nationalization. BP’s fear in the 1990s was that if it didn’t grow by the few means it had at its disposal — absorbing smaller players and placing high-stakes exploration bets — it would turn into little more than an oil services and trading company that couldn’t compete on the oil patch, or on Wall Street. In the aftermath of the gulf oil spill and a fire-sale of its assets, the company is facing the same threat again.

If the shrinking virus spreads to the rest of the supermajors — as many analysts suggest it will — the story will switch to their diminishing heft in negotiations with problematic petrostates. That means less energy security for U.S. and European consumers, and more geopolitical shenanigans by some of the world’s most unsavory characters.