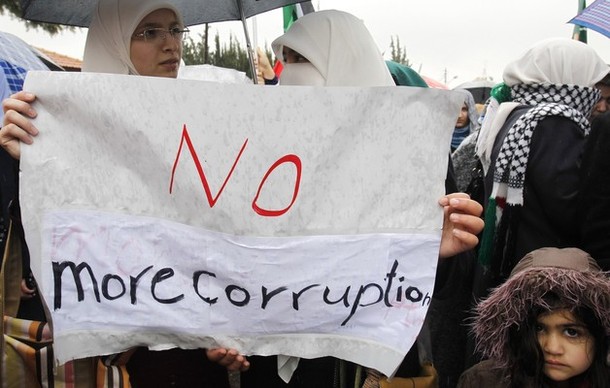 Last December 17, fruit vendor Mohamed Bouazizi set himself aflame to protest his humiliation and beating at the hands of corrupt officials in Tunisia. This sparked a wildfire that smoked Tunisian strongman Zine el-Abedine Ben Ali out of office and, at this writing, appears to be spreading across the Middle East, from Mauritania to Yemen. Its extent and full effect are yet unknown.  The blaze is unlikely to ignite clean sweeps for either democracy or radical Islamism. Nonetheless, something big is happening in the Middle East.

Protests, fueled by social networking websites and SMSs, have swept across Algeria, Syria and Yemen. But the big news so far comes from Jordan and Egypt. In Amman, King Abdullah II appeared to get ahead of the protests by appointing former General Marouf al-Bakhit to form a new government. The legal Islamic Action Front, political arm of Jordan’s Muslim Brotherhood, says it does not seek to topple the Hashemite Kingdom.

In contrast, protestors in Cairo’s Tahrir Square demand President Hosni Mubarak’s immediate ouster. Mubarak appointed a new government, offered reruns of the November 2010 elections in some districts and set his new prime minister, former Air Force Chief Ahmed Shafik, to negotiate with the opposition. Then, apparently nudged by US President Barack Obama, Mubarak said that he would not stand for re-election next September. Whatever happens next, this is already big news.

Bear in mind, also, two bits of often overlooked news. Oil prices are rising—on January 31, a barrel of Brent crude reached $100. And bread prices are rising—fear and speculation may have quadrupled prices in Cairo, recalling the 2008 crisis in which the army seized control of bread production. Both will affect the outcome of the current crises.

The outcome in some cases may be a step toward democracy. The youth and education of many protestors, linked by region-wide al-Jazeera broadcasts and the Internet, is new. And there is reason for optimism in a country like Tunisia with 80% literacy, $8000 per capita GDP and exposure to foreign tourists. Nonetheless, some analysts fear that today’s euphoria in the city squares will tomorrow yield to reality: protestors united only by frustration with extant regimes, the tenacity of entrenched power structures and rising prices. With clever maneuvering, a few concessions and some repression, many of the old dogs might just survive.

Or, radical Islam could be waiting in the wings. For example, Egypt’s still illegal Muslim Brotherhood is the largest organized force in that country. So far it has played things cool, even backing the secular Mohamed el-Baradei as the opposition’s single negotiator with the Mubarak government. But its opportune moment could come. Then, the apocalyptic theory runs, with an Islamist government in Cairo, America withdrawing from Shiite-dominated Iraq, an assertive Iran and Turkey apparently smitten by Persian charm, the entire Middle East could tumble into the cauldron of radical Islamism.  Frankly, this is as unlikely as a clean sweep for democracy.

In Egypt, the army has so far emerged as the most skillful player, carving out an independent role as guardian of both the protestors and the stability of the country. Some kind of military management of a post-Mubarak transition remains the most likely outcome. But whatever happens in Cairo, Sunni Egypt, the most populous nation in the Arab world and once its undisputed leader, is unlikely to make common cause with Iranian Shiite Mullahs. Moreover, although America wants out of Iraq, and its Middle Eastern security model needs revision, Washington will not neglect this geopolitically crucial region. And to the extent that Turkish diplomacy comes of age during these crises, Ankara’s infatuation with Tehran is more likely to wane than wax.

So where will the Middle Eastern crises lead? The sands are shifting—whether tectonic plates are moving is yet uncertain. Meanwhile, the region has entered the electronic age—ideas, for better and worse, will travel farther and faster than ever before. This will not be the last upheaval in the region.

Governments will fall, yielding to new autocracies, radical Islamism, military rule and even some steps toward democracy. Power relationships and security arrangements will change. No matter what develops in Cairo, Washington and Jerusalem will have to review the assumptions underpinning their security policies since the 1979 Egypt-Israel Peace Treaty. America will remain focused on the Middle East, including reconsidering its rosy predictions about withdrawal from Iraq and Afghanistan. Inside the Arab world, the perception of power will shift to the Gulf States, as power has been shifting in reality for decades. Not only will Washington and Jerusalem need to adjust to new realities, so will London, Paris and Ankara.

Ankara. As the rich, successful, youthful, democratic country at the crossroads of the Middle East, Europe and the Caucasus, with deft diplomacy, Turkey could catapult itself onto the world diplomatic stage, the subject of a future article.