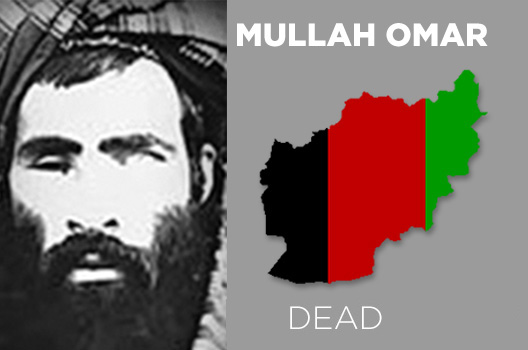 Taliban leader Mullah Omar’s death could call into question the Taliban’s leadership and undermine the Afghan government’s efforts to jumpstart a peace process with the militant group, says the Atlantic Council’s James B. Cunningham.

The Taliban July 30 confirmed news reported by Afghan officials a day earlier that the militant group’s leader had died. Afghan officials said Omar had died in a hospital in the Pakistani city of Karachi in April 2013. The Taliban named the reclusive one-eyed Omar’s deputy, Mullah Akhtar Mansour, as its new leader.

News of Omar’s death came just days before Afghan President Ashraf Ghani’s government, backed by Pakistan and China, was to hold a second round of exploratory talks with Taliban representatives. Pakistan’s foreign office said July 30 that the talks had been postponed as a result of Omar’s death. The talks, which were scheduled to be held in the Pakistani mountain resort of Murree July 31, were intended to find a way to start a meaningful peace process.

“If, as reported, he actually died several years ago, questions will be raised about the authority of those who have in fact been leading the Taliban in his name,” said Cunningham, a Senior Fellow at the Atlantic Council and the Khalilzad Chair on Afghanistan.

Cunningham, who served as the US Ambassador to Afghanistan from August 2012 to December 2014, noted that questions have already been raised about the authority under which the Taliban representatives have engaged in discussions with the Afghan government.

The on-again-off-again peace process has been a divisive issue within the Taliban. The militants’ political office in Qatar’s capital Doha had rejected an earlier round of talks with the Afghan government because their representatives had not been present. However, Mansour said soon after that he had authorized the meeting.

The Taliban, while announcing three days of mourning for Omar, did not say when he had died.

If Omar had actually been dead since 2013 it is unlikely many in the Taliban were in the know, said Cunningham.

He said it would be important to see how the Taliban’s senior leadership, based in the Pakistani city of Quetta, will react to reports of Omar’s death.

“This will be intertwined with the possibility for advancing the prospects for discussion and actual negotiation of peace,” Cunningham said.

“There is concern that a fractured or uncertain leadership will not be able to speak for the movement and deliver on any agreements reached, including on a ceasefire,” he added.

James B. Cunningham shared his comments in an e-mail interview with the New Atlanticist’s Ashish Kumar Sen. Here are excerpts of our interview:

Q: Why is Mullah Omar’s death of significance?

Cunningham: His death signifies the end of an era, and the loss of the immense authority he enjoyed over his followers as a religious as well as political leader. It also raises the issue of what leadership will succeed him and if the Taliban can remain unified. If, as reported, he actually died several years ago, questions will be raised about the authority of those who have in fact been leading the Taliban in his name.

Q: Do you expect news of his death to have any impact on the ongoing peace talks?

Cunningham:  It will certainly have an impact, but how is uncertain.  It is too early to draw conclusions.

If he has been dead for two years, it would seem likely that very few people among the Taliban leadership would have known, since the Taliban membership has consistently been assured that he was alive despite recurring rumors to the contrary.

Q: If Mullah Omar did die two years ago, do the Taliban representatives the Afghan government has been negotiating a peace deal with since the Qatar office fiasco in 2013 have the authority to enforce any deal?

Cunningham: Not clear at this early point. I would note that actual negotiations of a peace deal are not underway, and there have been questions raised about the authority under which Taliban representatives have engaged in discussions with the Afghan government.

Q: With whom did the United States negotiate the prisoner swap involving Bowe Bergdahl and the Taliban Five in 2014?

Cunningham: Those negotiations were conducted indirectly, via the Qatar government with the Taliban.

Q: What level of control did Omar have over the Taliban rank and file in recent years?

Cunningham: There is every reason to believe that Omar, as the ideological and religious leader, had tremendous control when he chose to exercise it. He was the ultimate arbiter and final decision-maker on any issue. The loss of such a commanding figure raises questions about the future of the Taliban, which can’t be answered at this early stage.

Q: What is the line of succession in the Taliban?

Cunningham: I don’t believe there is a “line of succession” as such. How the senior leadership, the Quetta Shura, will react to the public acknowledgment of his death should become clearer in the coming days. This will be intertwined with the possibility for advancing the prospects for discussion and actual negotiation of peace. There is concern that a fractured or uncertain leadership will not be able to speak for the movement and deliver on any agreements reached, including on a ceasefire.