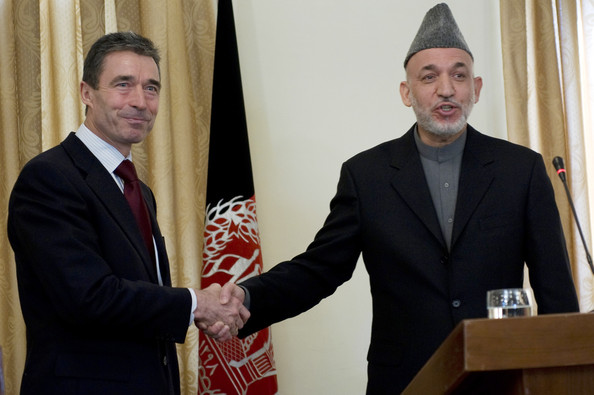 Despite the Obama administration’s re-focusing US security commitments on Asia, we will need NATO after Afghanistan.

Some historical perspective might help.  When the Clinton Administration took office, it, too, sought to reorient American foreign policy toward Asia.  It was the economy, stupid, and the future of American economic interests was to be found on the other side of the Pacific.  The Clinton team subsequently had to acknowledge that US economic and security interests relied on solid relations with European as well as Asian partners.

The George W. Bush administration, facing the 9/11 challenge, politely thanked its NATO allies for invoking NATO’s collective defense provision but bravely declared it would respond to the attacks without calling on America’s traditional European alliance. It was soon forced to ask its European allies, and then NATO, to help out not only in Afghanistan but in Iraq and elsewhere.

Today, the fact that the Obama administration plans to remove two army combat brigades from Europe, as part of broader cuts in defense spending, has once again fuelled speculation that NATO is, or should be, coming to the end of its useful life.  The plan to ratchet down the US and NATO role in Afghanistan, perhaps now to be accelerated, has intensified such speculation.

Some analysts argue that it is long overdue for Europeans to take care of their own defense, and that the United States should turn NATO’s leadership over to its European allies.  Others even argue that NATO should become a bilateral alliance between the United States and the European Union.  Such arguments will likely be heard again in the run-up to the May Summit in Chicago, when the plan for turning Afghanistan security over to the Afghanis is supposed to be finalized.

Because suggested alternatives to NATO have been advanced by serious analysts with constructive motivations, they deserve to be addressed in a framework shaped by assessments of American interests.  So, what are the arguments for a North Atlantic Alliance in which the United States continues to lead – providing the Supreme Allied Commander, for example – and continues to maintain a reduced but meaningful troop presence in Europe?

Most would agree that the most vital American interest is defense of the homeland and protection of its citizens.  An active alliance with America’s leading partners would seem to address that vital interest, even if the United States does not currently face threats of a truly existential nature.  Having allies dedicated to considering an attack on one as an attack on all, as provided in the North Atlantic Treaty’s Article 5, is not a bad insurance policy – one on which the United States collected after 9/11.

Others contend that today’s main challenge to the United States is to deal with the financial and economic problems that threaten not only the well-being of its citizens but also the core of its overall national strength and vitality.  This may indeed be the case, but doesn’t this suggest that at a time when we will have fewer of our own resources available to respond to instabilities around the world, we would be well-served to maintain healthy relations with allies who are committed to the same general international objectives as we are?

The Obama administration has concluded that the main future security challenges to the United States are likely to originate in Asia, where we are concerned about an unpredictable nuclear-armed North Korea, the emerging power of China, tensions between India and Pakistan, and potential instabilities in other Asian nations.  In response, US forces are being repositioned in the Asia Pacific, including establishing a presence on the ground in Australia – the most reliable US ally in the region.

Does this new strategic focus on Asia suggest that Europe and NATO have become less important to US interests?  Not necessarily.  While Europe has largely ceased to be a source of security threats, continued authoritarian posturing in Russia poses a risk to regional stability.  As social unrest stemming from the Euro crisis embroils Western Europe, an EU increasingly dependent on Russian energy for scarce economic growth is perhaps more vulnerable than many imagine. Moreover, continued US cooperation with European allies in NATO may be essential to force projection in the Middle East region, which unfortunately could be required to defend vital US interests.

The main strategic value of America’s European allies, however, is in the capabilities that the Europeans bring to the table, as they did in the case of Libya.  Granted, European military resources have shrunk over the years, and the Libya “model” may or may not work for some other contingency.  But as European allies reallocate resources as part of their withdrawal from Afghanistan, it is in the interest of the United States that they do so in ways that enhance their ability to assist the United States in dealing with future security challenges.  NATO consultations can facilitate such an outcome.

Moreover, given the US desire to play a lower profile role in maintaining international stability, taking into account the critical opinions of like-minded allies before launching ourselves into costly commitments (like yesterday’s in Iraq and tomorrow’s over Iran) should make an important contribution to US decision-making.  If US actions diminish the American commitment to the transatlantic alliance, it will weaken the trust and shared responsibility that today underwrite such constructive exchanges.

The bottom line is that, while the European allies need to be more effective in allocating the limited financial resources available for defense, and while NATO is an imperfect framework for cooperation, there is no credible alternative.  The European Union will be fortunate in the near term to hold itself together, given the fiscal challenges it faces, and will have little political will or resources to take on greater responsibility for the European side of the transatlantic alliance.

NATO leaders in Chicago need to ensure that whatever they do to adapt the alliance to the challenges posed by today’s economic conditions preserves the cooperation that undergirds collective responses to future threats to US and European interests.  That is certain to call for a continuing US military presence in Europe – not to defend the Europeans, but to sustain the framework for collaboration.  The decisions taken in Chicago will determine how the alliance moves beyond the war in Afghanistan, into a future undoubtedly filled with new challenges that call for collective responses.

Stanley R. Sloan is a visiting scholar at Middlebury College and consultant to the Center for Transatlantic Security Studies at the National Defense University.  His most recent book is Permanent Alliance?  NATO and the Transatlantic Bargain from Truman to Obama (Continuum, 2010).