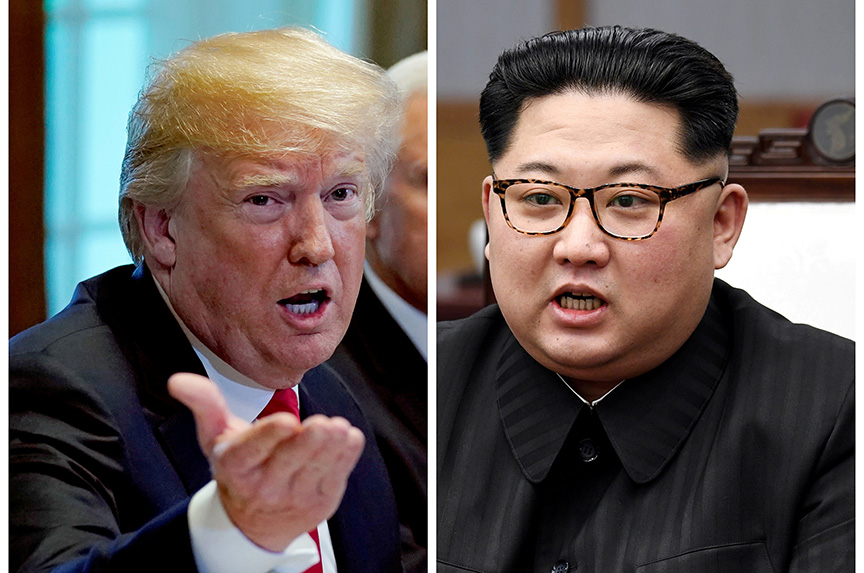 US President Donald J. Trump’s administration must use the opportunity presented by the president’s decision to scrap his June 12 summit with North Korean leader Kim Jong-un to think through its strategy on North Korea, according to the Atlantic Council’s Robert A. Manning.

“There are technical issues that we ought to explore so we know what we’re talking about when we say we want the North Koreans to take steps quickly to show that they are serious about dismantling their WMD. And if they do that, we should be prepared to do X, Y, Z,” said Manning.

While Trump called off the highly-anticipated summit he also left open lots of doors for a future meeting, he added.

Manning, a senior fellow in the Atlantic Council’s Scowcroft Center for Strategy and Security, discussed Trump’s decision in an interview with the New Atlanticist’s Ashish Kumar Sen. Here are excerpts from the interview.

Q: What are your thoughts on President Trump’s decision to call off the June 12 summit?

Manning: This looks more like a deferral than a cancellation. The tone of Trump’s letter is civil and diplomatic. There are lots of doors left open.

There is the idiocy of megaphone diplomacy. First you had [US National Security Advisor John] Bolton’s comment on the Libya model [of denuclearization for North Korea], then [US Vice President Mike] Pence warning that North Korea will be burnt to a crisp if they don’t make a deal.

The North Koreans have been very clear and consistent. They are ready to move in a phased and synchronous manner.

Q: What do you think of the Trump administration’s approach to this issue?

Manning: I think the Trump administration is right in wanting to have things frontloaded. That avoids the mistakes of the previous agreements with North Korea. They want to know what concrete steps North Korea can take to dismantle things. My point to the administration is: you get what you pay for. They want everything for nothing.

The North Koreans need to know that if they do X they will get Y. The Trump administration really didn’t anticipate that they had to put something on the table. We need to be prepared to offer them a package that could include sanctions relief, economic cooperation, and security assurances.

The problem has always been that this process is all backwards. Usually a summit comes after both sides have taken certain steps.

Q: On the same day that Trump called off the summit the North Koreans dismantled their nuclear test site. What do you make of the timing?

Manning: You have to put what they have done in perspective. They have announced that they have completed their missile and nuclear testing. At the test site at Punggye-ri if they did one more test it would cave in. So, they were trying to package a virtue out of necessity.

I think those are good-faith gestures, but they are not making any concessions. They didn’t give anything up. But what have we done? Trump is his own worst enemy. He really needs to learn the strategic value of silence and quiet diplomacy.

Q: What can the United States do to capitalize on this postponement?

Manning: We need to think through what options we want to pursue. Some of it is technical. They need to talk to people in the Pentagon and the Department of Energy to see what technically the North Koreans can do within ninety and/or 180 days to dismantle their intercontinental ballistic missiles facilities, demate nukes from launchers, and tear down their highly enriched uranium facilities.

These are technical issues that we ought to explore so we know what we’re talking about when we say we want the North Koreans to take steps quickly to show that they are serious about dismantling their WMD. And if they do that, we should be prepared to do X, Y, Z.

One mistake is to make this a bilateral issue. The North Korea nuclear problem is a global issue, and importantly, a Northeast Asian issue—states with which we need to coordinate. That’s why we had six-party talks. The Trump administration doesn’t like it because they didn’t invent it. You really want to make this a collective effort.

So far, it has been done in a very ad hoc way. There needs to be some ongoing framework for the frontline states—China, Russia, Japan, South Korea and the United States—to work the issues.

It may be better for reality TV to have a Kim-Trump back and forth but I don’t think it is very useful to try to get to a productive outcome.

Q: How is Trump’s decision going to play in North Korea in particular and the region in general?

Manning: This is a tricky situation now. The South Koreans are saying they are going to continue their North-South dialogue as soon as the air exercises with the United States are over.

The effectiveness of Trump’s maximum pressure depends on China cooperating. If China sees us as the bad guy, as the obstructionist being unreasonable, they may not stand up publicly announce that they are doing anything, but they might quietly loosen the enforcement of sanctions on North Korea.