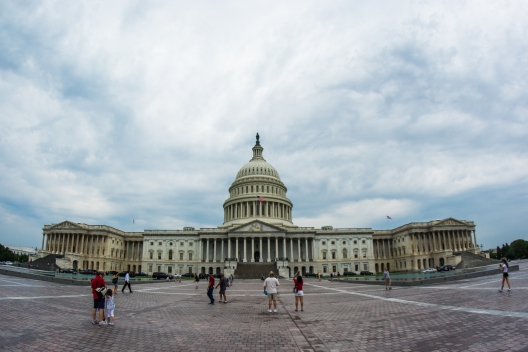 A Broke and Broken US Government

The great American humorist Will Rogers had a toxic view of Congress eighty or so years ago, long before Congress bashing became a contact sport for late night television hosts. “Every time Congress wanted to pass a law, it became a joke,” Rogers quipped. “And every time Congress wished to make a joke, they turned it into a law.”

Today, the US government is worse than Rogers’ bad joke. Failure to pass a budget is now standard operating procedure. Should the debt-ceiling limit be unreconciled by October 17th and the nation defaults, the consequences are almost certainly going to be bad and grow worse the longer government is incapable of action.

Newt Gingrich, former speaker of the house of representatives, boasted in last week’s Financial Times that American gridlock was a sign of a healthy and functioning democracy, reflecting the Founder Fathers’ best intentions. Gingrich gets an A for imagination, and an F for realism. Something is indeed rotten in Washington.

The fundamental and largely unseen issue is whether a political process designed by the best minds of the eighteenth century can survive the realities of the twenty-first.  Nations rise and fall. America is not a fifth century Rome or the Soviet Union in the late 1980s. However, a system of checks and balances combined with a divided government cannot function without compromise. The polarization of both political parties around their extreme wings is not a prescription for compromise and denies the largest bloc of Americans, belonging to the stabilizing “middle,” of full representation.

Worse, modern politics is about winning whatever issue or election is in play by discrediting the opposition and not about providing good governance. Relentless pursuit of money given the ludicrous nature and fulltime demands of campaign financing preclude bringing the best, brightest, and most qualified to Washington. Negative campaigning has proven effective in demolishing character through whatever means, fair or foul. Therefore experience and wisdom, not mentioned in the Constitution’s four qualifications for president (readers should re-read that document for the details), are unlikely to be listed on the resumes of candidates who next win that office.

Further, with a country that is more or less divided between Republicans and Democrats and an electoral map Gerrymandered to ensure a Republican House and Democratic Senate, at least through the 2020 census, help is not on the way. The hostility and animosity that persists between both parties is not likely to dissipate and will almost certainly worsen as ideologically driven sound bites attacking the other side continue to serve as a substitute for reason and judgment.

Several pieces of good news brighten this otherwise bleak picture. A combination of the potential breakthrough in disposal of Syrian chemical weapons leading to broader negotiations with Iran, and possibly on the Arab-Israeli-Palestinian conflicts, cannot be discounted. Even though President Barack Obama cancelled his trip to Asia and assigned Secretary of State John Kerry the heavy lifting, the Trans-Pacific as well as Trans-Atlantic Trade and Investment Partnerships could be game changers.

Unfortunately, the other side of the ledger is grim. Without a healthy economy, for most Americans, standards of living will decline. Expectations about future generations living better than today’s will be whimsy. And barring a miracle, Washington will not tend to the nation’s business in serious and productive ways.

America has faced far worse crises and conditions. In 1776, defeat of the British superpower was far from assured. The Civil War, two world wars, and a great depression were likewise existential. But the nation recovered and thrived. Why?

It is glib to say that America was lucky. However, geography, virtually unlimited resources and the prospect of individual success almost beyond comprehension empowered America and Americans. Today, when threats are far more diaphanous, government is more intrusive and complicated, and political gridlock prevents effective action, ironically, the well-being of Americans may never have been at greater risk. That risk is not existential, but rather individual and personal.

Were there simple solutions, they would have been taken long ago. And the Churchillian adage of muddling through after exhausting all other options may no longer work. Americans must either accept a darker future or demand that their government does its job. Perhaps an avalanche of emails, letters, and phone calls will shock Congress and the White House into action. More likely, without a game changer such as the ones noted above or some very undeserved good luck, jokes and laws will continue to be intertwined and the humor of Will Rogers will be a eulogy to past greatness.

Harlan Ullman is Senior Advisor at the Atlantic Council in Washington, DC and chairman of the Killowen Group that advises leaders of business and government.