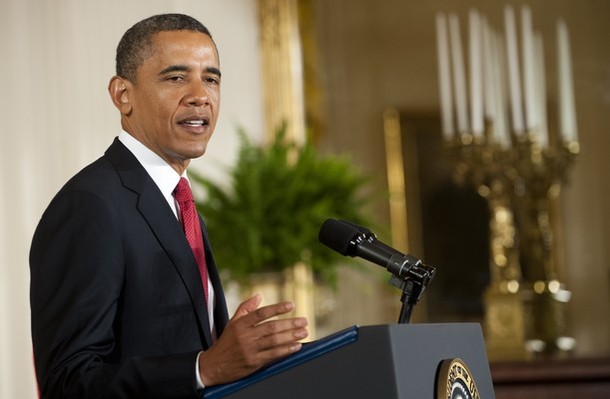 As of last Friday, the inability or intransigence of U.S. President Barack Obama and Republicans in the House of Representatives to reach a budget agreement triggered the much publicized sequester.

A total of $85 billion will be automatically cut “evenly” from the budget with $46 billion coming out of the Pentagon and the remainder from “discretionary” domestic spending programs.

Depending where you sit, these cuts are either “catastrophic” or “no big deal.”

The most relevant ballyhooed, over-hyped, non-crisis was Y2K. As the world neared a new millennium, the fear was that computers weren’t programmed to change to the year 2000. A cyber Armageddon was predicted. Airplanes would fall out the sky; bank accounts would disappear; and havoc would follow. Of course, none of those predictions of doom materialized.

This sequester has parallels with Y2K. The current cuts are unlikely to be as catastrophic as many claim for the short term. On the other hand, if the March 27 deadline for the expiring continuing budget resolution isn’t seriously addressed and government does shut down, the nightmare scenarios envisaged for Y2K could indeed occur but in a different economic context.

How we got into this predicament reflects a government that is constitutionally broken.

Checks and balances and divided government are the foundations for the United States’ political system and its politics. Unfortunately, what kept an inherently gridlocked system from failing was compromise. Today, compromise is missing in action.

The nation’s worst constitutional breakdown was in 1861. Fundamental and intractable contradictions in the Constitution over states’ rights, impelled by slavery, erupted in civil war.

Of course, stormy politics in our history have always persisted. Even when Franklin D. Roosevelt and the Democrats had huge majorities in Congress and Republicans were endangered species, FDR was often blocked in legislation.

His attempts to pack the Supreme Court with judges of his choice to ensure his legislative successes were never declared unconstitutional and the difficulty of moving the nation into World War II are particular examples of the limits on executive power.

Sadly, beginning with Vietnam and since, both political parties have gradually become dominated by ideological extremes. Negative advertising has become the rule in which civility and gentlemanly conduct have been exorcised from politics.

Democratic hostility toward Republicans came to a head under George W. Bush. Republicans reversed the favor with Obama. The result is that rationality and common sense have become victims.

With a nearly $17 trillion gross domestic product and annual budget outlays of about $3.7 trillion, $85 billion is a tiny fraction. Remember, a billion is 1/1,000th of a trillion. Done rationally, these cuts could have been easily absorbed. Unfortunately, it wasn’t in the interests of either the White House or congressional Republicans to reach a rational deal.

The White House insists on tax increases. Eyeing 2014, it will place blame for the sequester on Republicans expecting public opprobrium to affect heavily congressional elections and turn the House over to Democrats. To maximize the pain, the White House specifically rejected all attempts to excuse the executive branch from making these cuts not “evenly” as specified in the law (and interpreted to mean equally) but rationally.

Congressional Republicans said they had a deal over spending cuts and tax increases that the president has cynically recanted. Many in the House were so enraged by this so-called moving of the goal posts that they supported the sequester to make cuts throughout government based on principle despite whatever damage might be done to national security. Now, there are three weeks until the next and most serious deadline must be faced.

Hype is prevalent on both sides. The Pentagon halted the deployment of the USS Harry Truman strike group to the Persian Gulf due to these cuts. In fact, if the president declared that deployment was in the nation’s national security interest — and with Iran a pressing issue, he could — the ships would have sailed.

Republicans and conservative pundits meanwhile pooh-pooh the warnings of impending calamity. The argument is that $85 billion is a trivial sum when compared to GDP or the budget. In a sense, this argument has merit.

The exception is that given no flexibility, the cuts will do maximum damage and thus could have greater impact than their small size suggests. All of this will play out over the next few weeks and whether or if the government can put in place a budget when the Continuing Resolution expires.

My guess is that the evil version of Y2K will win out. Both ends of Pennsylvania Avenue will continue to play chicken. The nation will suffer. If that happens, it will be a calamity. Too bad we can’t fire the whole damn elected government and start over!