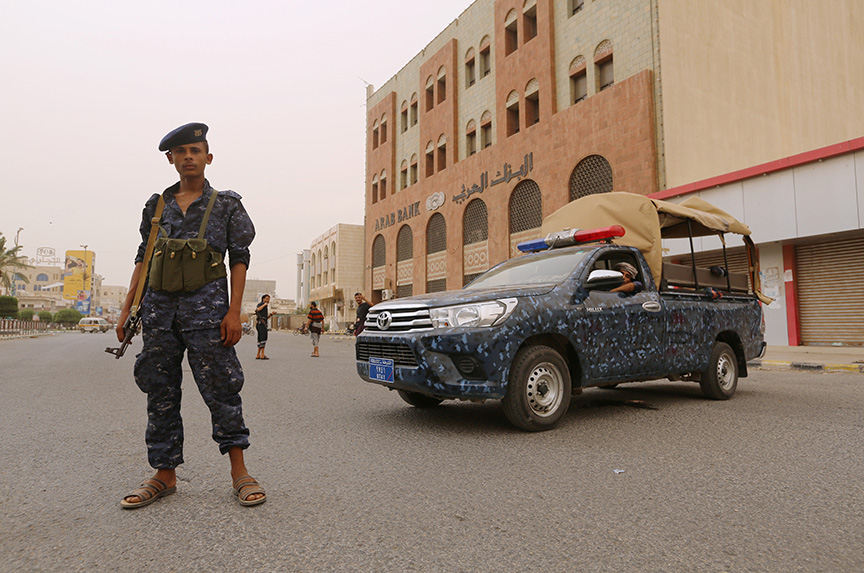 The assault by the United Arab Emirates’ forces and their local allies in a Saudi-led coalition on the Yemeni port city of Hudaydah that began last week and remains underway rightly raised concerns once again about the potential humanitarian consequences of Yemen’s ongoing war. Hudaydah is one of the impoverished country’s most important ports, the channel through which most international aid and imports reach Yemeni families in dire need of food, medicine, and fuel. But the discussion surrounding humanitarian aid in the Yemen war has become badly entangled in geopolitics, and it has become difficult to separate posturing on the part of the belligerent parties and wishful thinking on the part of international powers from the actual needs on the ground.

Relief organizations and civilians braced for the potential disruptions of aid as the offensive to take Hudaydah got underway, though there were no reports of dramatic deterioration in conditions. Yemeni forces operating mostly with the backing of the United Arab Emirates advanced on Hudaydah from two directions—Mokha and Midi—seeking to besiege and ultimately seize control of the port from Iranian-backed Houthi rebels. Airstrikes pounded a concrete barrier Houthis had built around the airport as fighters advanced in the blistering June heat.

Hudaydah is the main port servicing the Houthi-controlled capital, Sana‘a, and in successive waves of war that swept across Yemen over the last eighty years, the city has been a strategic prize, the gateway to the country’s north. Saudi Arabia and the UAE hope the battle for Hudaydah can break a deadlock in the three-year war, a conflict that was supposed to be over within weeks when it first began but now shows little sign of reaching either a political or military resolution.

From the start of the Hudaydah offensive, the Saudi- and UAE-led military coalition voiced concern for civilians, insisting that it has plans to protect lives inside the city of 600,000 as well as beyond.  “We have ships, planes, and trucks with food supplies and medicine to address the immediate needs of the people,” UAE state minister Reem al-Hashimy said on June 13, according to the state news agency WAM. Aid officials warn that some 250,000 lives could be endangered by the offensive.

The humanitarian dimension of the Yemen conflict has become cynically politicized—though perhaps not as onerously as in Syria, where the regime and to a lesser extent its opponents weaponize the suffering of ordinary people as battlefield instruments to win territory and concessions. In Yemen and outside, critics of the Saudi and UAE intervention highlight the dire consequences of the war on areas of the country controlled by Houthi-backed rebels. The Saudi-UAE coalition has been accused of attempting to exploit the outpouring of global concern for Yemen’s starving, disease-ravaged civilians to cloak territorial grabs while downplaying its own sea blockade that has restricted or delayed imports and airstrikes that have caused civilian casualties.

The Houthis have been accused of abusing aid to maintain a tight grip on power over the areas they control by selecting who gives and gets aid. The heads of the relief groups that operate out of Hudaydah have privately acknowledged that the Houthis control the import, storage, transport, and distribution of international aid, using it as a political tool, and when opportune, exploiting the suffering of Yemeni civilians to put pressure on the Saudi-UAE coalition.

Afrah Nasser, a Yemeni journalist and senior nonresident fellow with the Atlantic Council’s Rafik Hariri Center for the Middle East, said she has spoken candidly to top officials on both sides in the conflict and was alarmed by their blithe dismissal of civilian concerns. An official in Yemeni President Abdrabbuh Mansur Hadi’s UN-backed government acknowledged the great human price being paid, but told Nasser it was all for the greater good of ridding the country of the Houthis. An official of Ansarullah, the organization representing the Houthis, told Nasser of the great honor of  dying in battle and the pride they took in making sacrifices in their quest to resist the hegemonic ambitions of the United States and its allies.

The complicated war in Yemen amounts to a series of loosely interconnected humanitarian crises, making the task for any organization or entity seeking to provide relief that much more challenging. Lawlessness in the form of shootings, kidnapping, and gangsterism—along with a lack of public services—are the major threats to civilians in Aden, while lack of medical and food supplies make residents of the isolated city of Taiz miserable. Very few Yemenis see themselves as a country that is suffering, but rather view the crisis in terms of what it means to their family, town, or tribe. The further attached a Yemeni is from the families and tribes that are suffering, the more divested they are in humanitarian consequences.

To make matters even more opaque, well-intentioned relief agencies may also sometimes exaggerate the scale of humanitarian crises. For example, Yemen last year was reported to have suffered 1 million cases of cholera, the worst such epidemic in recorded history. But only 2,500 reportedly died of cholera, which suggests either an underreporting of deaths or, more likely, an over-reporting of diagnoses.

To be sure, the scale of the crisis in Yemen is vast. According to the United Nations’ World Food Program, at least 60 percent and perhaps three quarters of Yemen’s population of 28 million is defined as food insecure, with seven of the country’s twenty-two governorates on the brink of famine, and nearly half a million children suffering from acute malnutrition. But in such a charged climate, policy-makers struggle to disentangle humanitarian concerns from the geopolitical instrumentalization of those concerns.

Gaining a keener understanding of a country’s geography, economy, political topography, and infrastructure is one tool to pierce through the noise and find ways to help. For example, in photographs and numeric assessments, journalists, scholars, and aid organizations often conflate Hudaydah and the port of Salif, which lies some 60 miles north of the conflict zone and is equipped with grain elevators that can take in bulk supplies. Salif, with half Hudaydah’s capacity, has not been engulfed in war, and can continue to receive supplies to replenish stocks in the north.

The difficulties of getting humanitarian aid to Yemen get a lot of attention in the international press. But less than 10 percent of food and other commodities imported into Yemen come in the form of humanitarian relief. The rest comes through ordinary commercial channels; ultimately the private sector continues to serve most Yemeni people. And the humanitarian crisis is mostly caused by poverty, and a liquidity crunch that is a result of the collapsing economy.

As in other conflicts, the emergence of a war economy gives a powerful motive to continue the war, putting vested interests in a position to feed off the misery of civilians. David Harden, a career US diplomat until he left the foreign service two months ago, learned about the war profiteering as he oversaw US efforts to provide relief in Yemen. “The war economy is incentivizing a continuation of the conflict,” Harden said. “Humanitarian assistance is caught up in that. That doesn’t mean that humanitarian assistance doesn’t reach people who need it. But there is systematic manipulation for profit and power.”

Some in Yemen and the West are cautiously cheering the Hudaydah offensive, believing that a quick victory by the Saudi and Emirati coalition would at the very least ease the humanitarian suffering of the people. But given the determination of the Houthis, and the possibility that the Hudaydah battle could drag on, that appears unlikely in the short term. In a June 14 speech, Houthi leader Abdulmalek al-Houthi, promised followers not a victory but an all-consuming disaster for the enemy. “With God’s help and the will of the people, the Western coast will become a great quagmire for the conquerors,” he said.

With continued war on the horizon and entreaties to abide by international law falling on deaf ears, outside players can do more than simply issue statements or allow the cynical assurances of the combatants to serve as fig leaves for their inaction or complicity while hoping for an end to the conflict.

Recognizing the importance of the ports, international powers such as the United States, the European Union, and Russia could take them out of the battlefield equation by placing all four of the country’s major ports under the authority of another country, such as Kuwait or Oman, or entity, such as the United Nations, which has voiced skepticism about taking up such a responsibility.

Through relief agencies, international donors could attempt to give cash directly to aid recipients, perhaps by implementing an e-card system like the one used to assist Syrian refugees in Lebanon, undermining the mafias that profit off humanitarian aid while giving a boost to the private sector. Relief can be tailored to individual communities. Corrupt bigwigs on all sides of the conflict profiting off humanitarian aid can be publicly exposed and sanctioned, even at the risk of alienating local strongmen. The different ways various players on both sides of the conflict are profiting—including taxation of Yemeni families to fund their war efforts—is no longer a byproduct of the war, but one of its primary drivers.

Borzou Daragahi is a journalist who has covered the Middle East and North Africa for more than sixteen years and a nonresident fellow with the Atlantic Council’s Middle East Security Initiative. Follow him on Twitter @borzou.