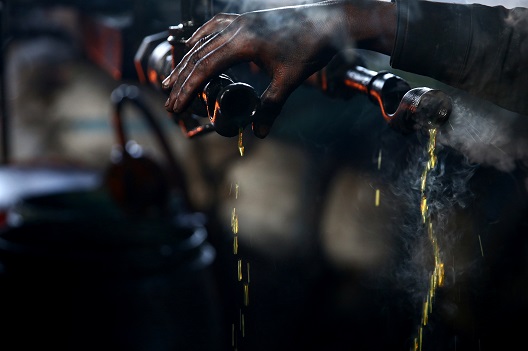 The fall of Aleppo in December 2016 marked a turning point in the Syrian uprising from a civil war where the opposition still had a chance, to one where the regime was on the path to victory. Amid this pivot marked by widening military asymmetries and international accommodation to the Syrian regime; governments, multilateral donor agencies, and working groups have begun to consider reconstruction strategies for Syria.

Aid is needed to alleviate civilian suffering and to help communities survive what will likely be years of continued violence. However, despite the significant level of needs, it is equally important to avoid rebuilding efforts that empower the Syrian state to extend its wartime punishment of civilians through coercive or divisive reconstruction. This is already happening: for example, the Syrian government is implementing a reconstruction plan known as “Decree 66,” which has been a blueprint for coercive efforts to redraw municipal boundaries and dispossess residents of their homes and property based on their political loyalty.

Before aid rushes in, reconstruction strategies for Syria should be wary of stumbling over two fallacies. First, they should avoid the “Post-Conflict Fallacy” by assuming that the conflict will have a definitive end. Second, they should avoid the “Marshall Plan Fallacy” by focusing too many resources too early on physical buildings and infrastructure. These fallacies constrain development options and reward the Syrian conflict’s most destructive actor. Rather, rebuilding in Syria should be 1) decentralized, to promote community and individual resilience; 2) survivable, for civilians who face persistent conflict; and 3) outcome neutral, in that it can be successful regardless of political negotiations.

Reconstruction strategies that divide Syria’s conflict between wartime and peacetime create an intellectual trap that produces inflexible and unimaginative solutions. By thinking of Syria in two stages—conflict at present and an unforeseeable “post-conflict” future—we are forced to devise assumptions about future scenarios. Time spent developing solutions that could help Syrians today is instead wasted describing future scenarios of an unpredictable conflict. Either these scenarios are specific enough to engender a detailed reconstruction plan—in which case their assumptions are likely too specific for a complex, adaptive system—or they are so vague as to be useless in guiding reconstruction planning.

Moreover, such efforts often abstract key aspects of the conflict by placing actors into homogenous groups that are unrepresentative of reality, such as the “Islamists,” the “Syrian Opposition,” the “Syrian Government,” and conditions a binary “conflict” vs. “post-conflict.” These generalizations not only ignore the important fact that there is a contest for influence within each group, but also assumes that actors will fight in the “conflict” phase and compete for political support in the “post-conflict” phase. This model is brittle and reactive rather than prescriptive: reconstruction will be the continuation of the war by new means. A more versatile model would ignore the labels and measure the rise and fall of different types of violence in various geographies and adapt to these changes.

The famous British economist John Maynard Keynes could have easily remarked on this fallacy when he talked about the pernicious influence of the “long run” economic planning: “the long run is a misleading guide to current affairs,” he explained, “Economists set themselves too easy, too useless a task if in tempestuous seasons they can only tell us that when the storm is past the ocean is flat again.” In Syria it is ridiculous to plan for an improbable future that might or might not occur at an indiscriminate time. The situation in Syria is a complex, violent system that will move fluidly between “conflict” and “post-conflict” in certain areas for decades. Plan for now, because now is all we know. Then plan for later when later comes.

It is equally unreasonable to plan a massive international reconstruction effort for Syria that would reward the conflict’s most violent actor with the greatest amount of resources. This is the “Marshall Plan fallacy”—the main difference between post-war Europe and Syria is that there is virtually no imaginable political future that results in a ‘legitimate’ government in Syria. The fact is that no one in the conflict is “popular”: the militias supporting Assad, their remaining combatants—from extreme Sunni Islamic militias like Jaysh al-Islam and Jabhat al-Nusra, the “moderate” militant opposition—or the political opposition. And even if legitimacy were somehow “achieved,” via a negotiated outcome (e.g., Yemen) or a series of elections (e.g., Libya), one glance across the political landscape of the rest of the Middle East shows how problematic the concept of legitimacy can be, and how easily it can unravel.

If we assume then that there is no future political outcome in Syria that results in a government of, by, and for the people, then we should stop thinking about channeling enormous sums of money (which are not forthcoming) through an international consensus (which would not be achieved) to support it. What development projects should we avoid? Any project that can enhance the authority of the state by giving it the power to direct large sums of money and resources for reconstruction. Research has shown that projects that would be extremely problematic to include are large-scale infrastructure reconstruction, such as rebuilding road networks or physical infrastructure. Police and military training or support are also flawed, such as the $700 million spent by the US alone on Iraqi police training, a program the US Inspector General for Iraq Reconstruction called a “bottomless pit” in 2011. However, these are already taking place, particularly in recently depopulated neighborhoods like Daraya, and risks rewarding a wartime strategy that the UN condemned as a crime with similarly coercive tools in peacetime.

Large-scale reconstruction projects in the Middle East and elsewhere are not only inefficient and often supportive of authoritarianism, but recent research shows how the built environment can be used to exacerbate conflicts and inhibit freedoms. The Centre for Urban Conflicts Research at Cambridge has shown how roadways in Beirut and Jerusalem reinforce confessional divisions and exclude communities from economic opportunities. The same could happen in Syria, where reconstruction money could be used to cordon off restive parts of eastern Aleppo or the Damascus suburbs, institutionalizing the same inequalities that drove the Syrian uprising in the first place.

The government of Syria is the single greatest perpetrator of violence in the country. Through violence and the denial of state services, it suppresses rebel militants and coerces civilians into supporting the government. The siege of Aleppo and other neighborhoods around cities like Homs and Damascus were examples of this tactic: starve, or surrender to the state. Therefore, the less any single community has to rely on the central government, the less coercive the state will need to keep it under control, and the less the community itself will feel the need to protest to demand basic services.

Reconstruction efforts should promote enhanced survivability by supporting innovations that communities have already developed to survive the war with subsidized technologies and methods training. Syrians have already shown themselves to be resilient: in Aleppo and the Damascus suburbs, people burned recycled plastic for fuel, communities everywhere are growing their own food, harnessing solar power for energy, teaching children in bunker schools, picking up trash, coordinating aid deliveries and organizing the storage and distribution of medicine.

These creative, grassroots, community-driven efforts ought to be channeled and made sustainable as a first step by reconstruction efforts that acknowledge first that returning Syria to its pre-2011 state will not occur overnight. These efforts could, for example, support decentralized power generation through subsidized household-use solar panels, decentralized internet access, through internationally funded universal Internet access with the support of Google’s Project Loon, or decentralized food growth via support to local farmers in training on techniques and subsidizing of growing activities.

More creative solutions could consider efforts to reduce civilian reliance on core state functions, including decentralized economies and bureaucracies. For example, projects could encourage exchange collectives that de-emphasize the use of the Syrian state currency, which is—and will continue to be—one of the world’s least reliable and fungible. International reconstruction efforts could also consider offering e-government services, modeled after Estonia’s, that would administer basic state functions electronically and in lieu of the state. The Syrian state’s mundane bureaucracies wield incredible coercive power; the less Syrians have to register their personal information with it the better.

A decentralization strategy also risks replacing a single, violent actor with many smaller ones. But they deal with the current situation—and not a hypothetical post-conflict scenario—by encouraging local autonomy and allowing communities to endure what will likely be decades of political violence by taking advantage of their creativity and resourcefulness in surviving the war. That should be the focus of development and reconstruction in Syria for the foreseeable future.

Nate Rosenblatt is participating in a workshop convened by the Atlantic Council examining reconstruction strategies for Syria. He is pursuing an MSc/DPhil in Sociology at Oxford University. You can find him on Twitter at @NateRosenblatt.

Image: Photo: A man checks the heat of a pipe pouring with fuel, inside a workshop in the rebel-held besieged Douma neighbourhood of Damascus, Syria April 1, 2017. The workshop uses plastic from bottles and other waste materials to produce liquid and gas fuels.The liquid is refined into gasoline, diesel and benzene fuels which are sold for domestic and commercial use. Picture taken April 1, 2017. REUTERS/Bassam Khabieh