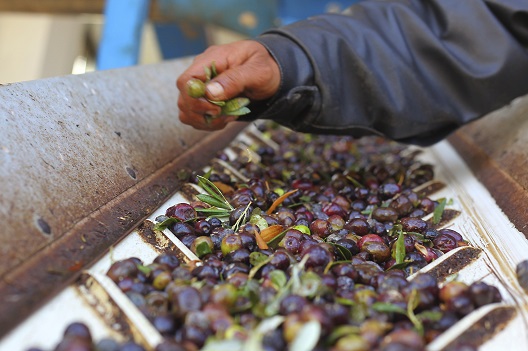 In January 2018, Syria Independent Monitoring published a research report titled “Understanding Market Drivers in Syria” in which it conducted field research into the olive/olive oil and spice/herb market systems in northeastern and northwestern Syria to assess the flow of food commodities—that has been highly impacted by the conflict —in the dynamic and adaptable agricultural markets that have proven to be the most resilient. Therefore, to stimulate the market, it is recommended that more aid be targeted at the agricultural sector by facilitating market actors, creating cooperatives, and offering a variety of funding options for local farmers.

Agriculture is an important livelihood for a large number of Syrians, and due to a relative scarcity of labor, wages are kept high. The collapse of the Syrian government’s control and regulation over the agricultural sector has led to a decrease in production of traditional strategic commodities such as cotton or cereals, and an increase in more profit-generating crops such as spices like cumin and coriander.

The lack of regulation has facilitated the emergence of more small businesses and agricultural entrepreneurs; making food markets more localized. To ensure sustainability, the report suggests that humanitarian agencies play a role as facilitators to these existing markets rather than market actors. Increased involvement of humanitarian operators in the market systems of food commodities such as spices and olives could lead to improved livelihoods throughout the market chain.

Currently, a major issue facing the olive and spice industry is the monopolization of production by farmers as well as the entire agricultural sector; yet farmers themselves face limitations. Agricultural traders have the best access to market information on prices, volumes, availability, and level of demand so farmers must rely on the information given by traders. Farmers are also vulnerable due to their limited financial capacity. This vulnerability is further exacerbated by the high cost of equipment, and fuel; farmers lack negotiating power with traders. This means traders play a large role in increasing and decreasing prices.

Therefore, the report recommends that aid focus on small business owners and smallholder farmers through the creation of cooperatives that are owned, organized, and managed by the farmers themselves; rather than going through local administrative councils. Through the conflict, the economy has shifted towards a greater number of small actors in the market chain. Focusing aid on sustaining those with little financial capacity, empower smaller actors to compete with bigger business.

Maximizing the support for livelihood assistance instead of in-kind food aid to increase the resilience of communities is also suggested. The request for financial support to producers was one of the most frequent pleas from research survey respondents. This could come in the form of access to loans, irrigation, and supporting farmers financially during years when they are not able to produce. Livelihood support strategies could include the use of Cash Transfer Programs (CTP), including voucher distribution.

Particularly in the case of fuel procurement, which is very expensive due to the collapse of oil revenue by 97% between 2010 and 2016, cash transfer programs could help support local farmers to offset the large-scale destruction of infrastructure as a result of the conflict. For small-scale economic actors fuel is currently too expensive and when available, it is of poor quality, so alternative energy supplies could contribute to a reduction in production costs. Giving access to loans and favoring modalities (revolving funds, microfinance) that depend on the productivity of beneficiaries are sustainable ways to balance the market, while targeting individuals in need. The report also recommends that aid go to the development of alternative energy supplies like solar power water pumps for irrigation.

A lack of a central government means that businesses are no longer protected by regulatory quality-control bodies, if any such existed, and this presents problems particularly when commodities are meant for export. Turkey bans imports of olive oil from Syria due to the lack of quality and origin certification. This is a critical issue as before the conflict a very dynamic trade existed across the border, and Turkish demand for Syrian products was very high and vice versa.

CTP has the potential to address this issue by implementing cash-for-work programs that focus on developing small businesses along existing value chains that could support processing, marketing, and demand. These businesses could take the form of certification systems for local consumption that could provide skills development and training in quality-control. Instilling quality control certification systems would make it possible for the purchasing of goods from a local supplier, including agricultural inputs and seeds, supporting the growth of more localized economies. Additionally, support for processing and packaging could be developed for commodities that are not produced locally and package them inside target areas, thereby encouraging income generation for local communities.

Savannah Carter is an intern at the Rafik Hariri Center for the Middle East at the Atlantic Council.

Image: Olives are poured into a processing machine before they are pressed into oil at Zamzam olive press factory in the western province of Idlib, Syria November 19, 2015. The factory produces around 12,000 litres of olive oil on a daily basis, throughout a month-and-a-half of production. REUTERS/Ammar Abdullah