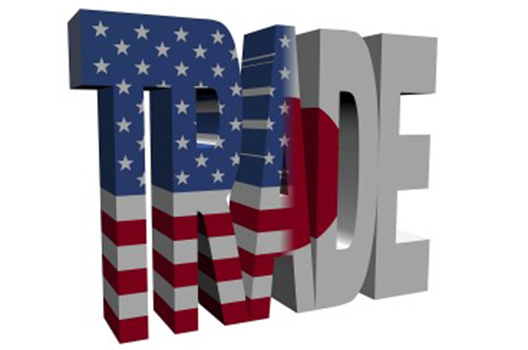 A year after Japan enthusiastically joined Trans-Pacific Partnership (TPP) negotiations, a comprehensive agreement is still nowhere in sight. From the Japanese perspective, the gridlock appears to be related to disagreements between Japan and the United States over agriculture and automobiles. This seems puzzling at first glance, given that both countries’ leaders have spoken eloquently about the benefits of striking a bargain. Japan’s entry into TPP talks last year was spurred largely by Abenomics, Prime Minister Shinzo Abe’s three pronged approach boost Japan’s competitiveness (often referred to as the “three arrows”) that include monetary easing, fiscal stimulus, and structural reforms. A key component of the structural reform agenda includes increased involvement in international trade pacts, most notably TPP. All signs, it seems, would point toward a swift conclusion to TPP talks. Hope was still in the air as President Barack Obama visited Prime Minister Abe in April that a deal could be struck, yet much to the consternation of TPP’s proponents on both sides of the Pacific, President Obama left Tokyo empty handed. So how exactly are these two sectors holding up negotiations? This summer, I traveled to Japan in search of answers. After speaking with a number of individuals in Tokyo, from economists to academics to government actors, the overwhelming consensus is this: tariffs, tariffs, and more tariffs.


One of the defining characteristics of Japan’s agriculture industry has been the adamant protection of its “special five” products: rice, wheat, beef and poultry, dairy products and sugar. Japan’s tariffs on these items are, quite simply, astronomical. Such measures include a 778 percent tariff on imported rice, a 252 percent tariff on imported wheat, and a 360 percent tariff on imported butter. Traditionally, the cause to protect Japan’s farmers has been championed by the country’s majority Liberal Democratic Party (LDP), particularly given its close ties to one of Japan’s most prominent lobbying groups, Japan Agriculture (JA). JA has for years staunchly advocated for the maintenance of these high tariffs and has been, for the most part, successful. However, Japan’s agriculture sector has been undergoing reforms in recent months, most notably with the phasing of the four-decades old “gentan system,” which essentially paid farmers to reduce their rice crops. This longstanding policy is set to be completely dismantled by 2019, reflecting the willingness of the LDP to break away from its agrarian supporters for the sake of reform. A number of sources I spoke with confirmed that the industry is in dire need of restructuring, as it has steadily declined in total value of output since 1984. However, political pressure to protect these sacrosanct products may prove difficult to surmount. Whether or not the two countries can reach an agreement will, no doubt, be dependent upon how much Japan is willing to concede on these tariffs or how few concessions the United States will be willing to accept.

Even if the tariffs on the “special five” can be eliminated or reduced, my sources pointed me to another possible point of contention: genetically-modified organisms (GMOs). I point to a case in May 2013, in which Japanese officials canceled an order of US grain after a strain of genetically modified wheat was discovered in an Oregon field. Historically, Japan has tightly regulated GMO imports, much like many European Union countries. Conversely, large shares of US crop production involve genetic engineering, albeit regulated by the USDA. It is likely, then, that squabbles over genetically modified crop access will occur.

Beyond agriculture, negotiators must grapple with disputes in the automotive sector. It is no secret that the competition between the Japanese and American auto industries has been, well, tense. Proverbial shots rang out from the US auto industry even in advance of Japan’s entry into TPP negotiations. Steve Biegun, the vice president for international governmental affairs at Ford in Washington, DC, voiced his concerns with the Japanese auto market, saying that it was “the most closed auto market in the world,” citing “harassment of import brands” and costly regulatory requirements. Japanese auto manufacturers, as you might imagine, have a different outlook on the situation. A recent fact sheet released by the Japan Automobile Manufacturers Association, Inc. (JAMA) indicated that, at present, Japan does not have any restrictions or customs on vehicles imported from other countries. Instead, JAMA suggests that the lack of US market share in Japan is the result of other factors unrelated to official trade barriers. European automakers, JAMA notes, have seen steady increases in their market share in Japan in recent years; this is largely attributed to European automakers’ investments in advertising their respective products in Japan. Statistically speaking, there is cause to substantiate this claim, as the four leading European automakers (VW, Audi, BMW, and Mercedes) outspent the “Detroit Three” (GM, Ford, and Chrysler) on advertising in Japan 14:1 between 2009 and 2013. Additionally, Ron Bookbinder, the general director of JAMA’s Washington, DC office, wrote earlier this year that participation in TPP would mean that the elimination of the United States’ own trade barriers, including a 2.5 percent import tariff on cars and 25 percent import tariff on light trucks. Mr. Biegun, in contrast, insists that the car tariff is necessary for US auto companies to maintain the profitability of their small car production.

At this point, you might think me a pessimist. Yet in spite of clear hurdles, hope for a deal is not too far gone. The Japanese government’s international focus, coupled with its willingness to defy one of the country’s most powerful interest groups for the sake of reform, indicate that the possibility of reaching an agreement is not beyond the realm of possibility. However, until such time as the United States and Japan are able to set aside their differences in agriculture and automobiles, negotiators are likely to remain stuck at square one.