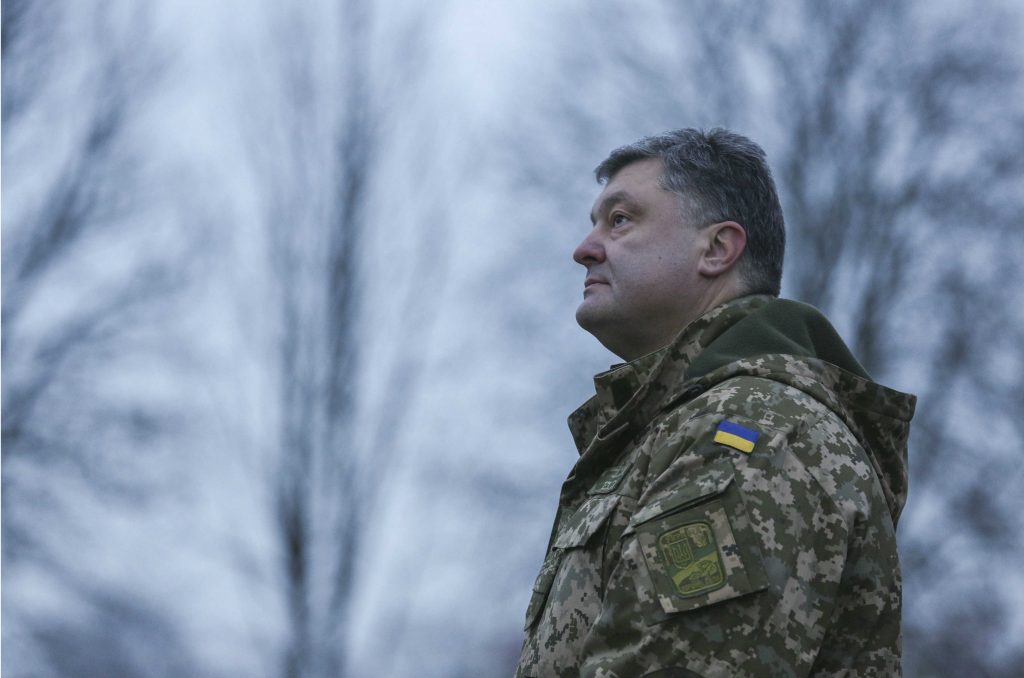 Two years ago, hundreds of thousands of Ukrainians braved the freezing temperatures on Kyiv’s Maidan to protest. Since then, Ukraine has gone through almost too many crises to count: upheaval with the ousting of former President Viktor Yanukovych; Russian occupation of Crimea; a war with Russian forces in the Donbas that continues to simmer; and a contracting economy that shrunk by 7 percent in 2014 and 12 percent in 2015. One of these crises could have caused state collapse, but Ukraine has persevered.

The Ukrainian government has steered the economy away from the brink of collapse. In fact, the World Bank predicts modest growth for 2016. The international community has provided much-needed financial support. In 2016, the IMF is expected to give $4.7 billion in conditional support to Ukraine. The final decision on the timing of the next tranche will likely come at the end of January. The United States has committed an additional $1 billion loan guarantee, which is expected to be released in the first quarter. And the European Union is expected to disburse at least 1.2 billion. Other bilateral contributions, such as Poland’s 1 billion euro loan, will bring Ukraine’s 2016 financial assistance to $9-10 billion. While the majority of this sum is in the form of loans, it is a sign of significant support.

With this support and improving economic outlook, it is up to the Ukrainian government and civil society to take advantage of “Ukraine’s moment,” as US Vice President Joe Biden urged Ukrainian parliamentarians to do in his address before the Rada in December 2015.

To take advantage of Ukraine’s moment, the government must pass anti-corruption reforms, particularly of the judiciary, and investigate corruption allegations, starting with Prosecutor General Viktor Shokin, who has become the poster child of entrenched political corruption. It also must stop the political squabbling that could lead to a collapse in the governing coalition. Ukraine needs a politically stable government to see through the reform process. While that government, and Prime Minister Arseniy Yatsenyuk in particular, is losing popular support fast, there is still time to prove to the Ukrainian people that their elected officials have what it takes to do the right thing.

Civil society also has a role to play in ensuring that Ukraine makes progress in 2016. Anticorruption groups, such as the Anticorruption Action Center, track progress on asset recovery and procurement reform, and investigate the financial dealings of government officials. These civic groups should continue to work closely with government agencies, notably the National Anti-Corruption Bureau (NAB), to put pressure on the government to pursue corruption allegations and increase transparency in the budgetary process. To prove its legitimacy, the NAB must start to investigate allegations, but it cannot prosecute cases; that’s the job of the prosecutor general, which is more reason to replace Shokin with a real reformer. Corruption is a significant concern for Ukrainians. According to a 2015 poll, two-thirds of Ukrainians believe that the government is not doing enough to combat corruption. Leaders would be wise to remember that as much as the Euromaidan was about European integration, it was truly about Ukrainians being fed up with corrupt leaders. While another Maidan revolution seems unlikely in 2016, Ukrainians will not shy away from holding their leaders to the promises of the Euromaidan.

Civic volunteer groups also have a large role to play. They resettle IDPs and deliver foodstuffs and supplies to the east. The UNHCR has been coordinating efforts among Ukrainian civic groups, volunteers, international NGOs, and local administrations. However, while many IDP activities are taking place in Kyiv, smaller towns and communities across Ukraine require more assistance. Of the $40 million requested by the UNHCR for IDP operations in Ukraine in 2015, less than half has been provided. And the IDP situation is just one part of the humanitarian crisis. The UNHCR and the European Commission estimate that five million people are in need of humanitarian aid in Ukraine, many of whom are in the conflict zone. In 2016, the international community should fill the existing funding gap and increase humanitarian assistance to the most vulnerable populations in the warzone.

Local elections in the Donetsk and Luhansk Peoples’ Republics are contentious and will test the governing coalition. According to the Minsk agreements, local elections must be held in the separatist-controlled regions in accordance with Ukrainian election law and under the auspices of the Organization for Security and Co-operation in Europe, which monitors the situation in the Donbas. Many in Ukraine oppose special status for the separatist-controlled regions and resent the Minsk agreement. But if the government is able to successfully navigate the Minsk process, some form of political reconciliation in the east may still be possible. Moreover, if Ukraine checks all the boxes of the Minsk process, the likelihood of Western sanctions against Russia remaining in place after the summer increases.

Overall, Ukraine looks more stable this year than it did the previous two. Of course, this assumes that Russia, distracted in Syria, will not escalate fighting in the Donbas, which it may do at any time. Russia has used the last two years to fortify its positions on Ukraine’s eastern border. A resumption of serious conflict would be disastrous, as Ukraine’s economic and political situation remains fragile. But, barring an all-out war with Russia, Ukraine has a chance to end 2016 in far better shape than it started.