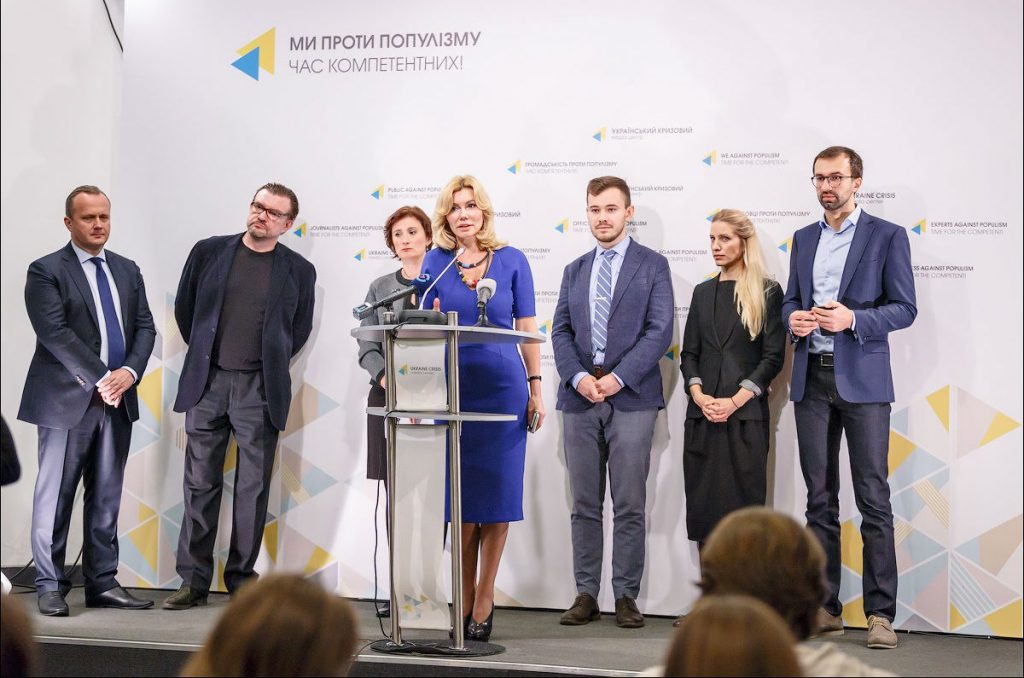 On October 9, when Boris Nemtsov would have turned 58, some of Ukraine’s politicians and activists held a press briefing to remember Nemtsov’s role in Ukraine’s two democratic revolutions and to urge Kyiv Mayor Vitali Klitschko to rename a street after the slain Russian politician.

After the Orange Revolution when many Ukrainians and foreign observers became discouraged by the Yushchenko-Tymoshenko government, Nemtsov kept urging people not to lose hope. “The road to success is always difficult and dramatic. Every revolution passes through stages. The people initially love their revolutionary leaders and wait for the miracle to come…When the second, more prosaic period starts…this should not be seen as a tragedy.” Despite the numerous mistakes made by Ukraine’s leaders on the bumpy road to democracy, Nemtsov kept praising Ukraine as “the only democratic country in the post-Soviet space.” He never tired of repeating that Ukraine was a symbol of hope. For him, Ukraine was “the strong argument, the lighthouse, and the guiding star.”

Minister of Ecology Ostap Semerak, who had been Nemtsov’s friend since 2002, wrote that renaming a street after Nemtsov would remind Russians that Ukrainians respect their friends and are thankful for their support.

Nemtsov believed that without a successful and liberal Ukraine, there would be no democratic Russia. For Boris and like-minded Russian activists, Ukraine’s success would inevitably strengthen Russia’s civil society and consolidate its fight for democratic Russia while respecting its own citizens and its neighbors. It would serve as a strong counterargument to Putin’s kleptocracy and unite Russian liberals against totalitarianism and criminality.

Several days after Nemtsov’s murder, President Petro Poroshenko pledged that Nemtsov would always be remembered as “a great friend of Ukraine and Russian patriot.” Poroshenko said that “with his sincere and respectful attitude toward Ukraine” as well as his stamina to “fight for his own country’s freedom,” Nemtsov was a “bridge” between the two countries. On March 3, 2015, Poroshenko posthumously awarded Nemtsov with the Order for Freedom, reminding that the Euromaidan slogan, For freedom ours and yours!, was Nemtsov’s life credo.

Kyiv Mayor Vitali Klitschko also promised to rename Povitroflotskyi Avenue in Kyiv—the location of the Russian Embassy—into Boris Nemtsov Avenue. “[Nemtsov] really cared about our country and wanted it to be democratic,” Klitschko told the press on June 15, 2015, and promised that Ukraine would “never forget” Boris.

Those who murdered Nemtsov thought that by silencing him they would succeed in silencing the Russian opposition. But Nemtsov’s memory goes on and his leadership continues to inspire millions of people inside and outside Russia. The Kremlin puts enormous pressure on the Russian opposition, besmirches activists, and silences independent media. The authorities do everything to make people forget Nemtsov: they remove an improvised memorial near the Kremlin where Nemtsov was gunned down, they take away the flowers, candles, and posters from the site, and they detain activists who protect the memorial.

On September 7, when activists placed a plaque honoring Boris on the Moscow apartment where he lived, the authorities found the move illegal and reminded that per Russian law a memorial plaque for any citizen can only be installed only ten years after his or her death. In other words, official Russia doesn’t want to remember Nemtsov.

And thus the memory of Nemtsov should be preserved in free and democratic Ukraine, just as it is preserved by his many friends throughout the world. In 2015, US Senator Marco Rubio introduced legislation to rename the stretch of Wisconsin Avenue NW in front of the Russian Embassy in Washington into “Boris Nemtsov Plaza” to “to permanently remind Putin’s regime and the Russian people that these dissidents’ voices live on, and that defenders of liberty will not be silenced.” Similarly, the mayor of Vilnius wants to call a street after Nemtsov and the city council supported the motion unanimously.

Ukraine’s civil society should double its efforts to keep Nemtsov’s memory alive. Making more people aware of Nemtsov’s support for Ukrainian democracy through its fits and starts would only strengthen the values upon which the new Ukraine is being built. A respectful attitude toward his legacy would lay the groundwork for a stable and enduring partnership between civil society in Ukraine and Russia—something that Nemtsov would have strongly encouraged and supported. A remembrance of his life and death by activists in Russia and Ukraine may help them accomplish what politicians have failed to achieve—mutual understanding, respect, and a lasting peace.

Kateryna Smagliy is the director of the Kennan Institute’s office in Kyiv.