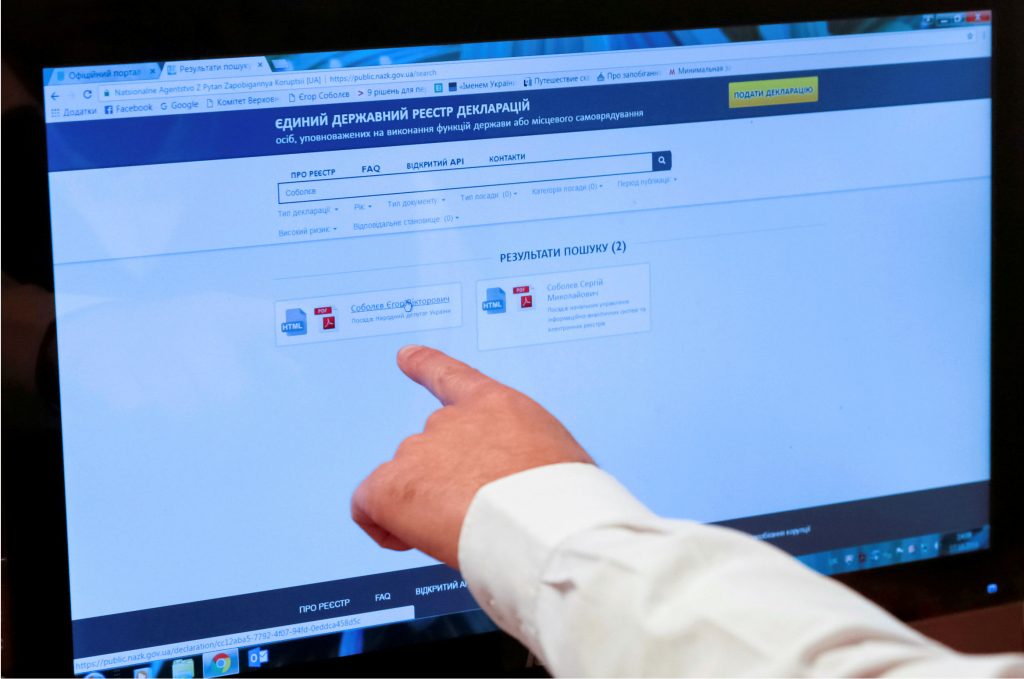 Karatnycky and Motyl are right that Ukraine has changed for the better in the last four years. Indeed, Ukraine has carried out more reforms in the anticorruption sector since the Euromaidan than in the previous twenty years. Most of the significant achievements are tools that prevent corruption, and they work. Specifically, we implemented the Prozorro public procurement system, cleaned up the banking sector, reformed Naftogaz, introduced an asset declaration system for public officials, and outsourced procurement of medications to international organizations. These reforms were possible only because the IMF, EU, and other foreign partners demanded them. The Ukrainian government never would have done these alone. However, these reforms can only be sustainable, irreversible, and effective if there is a well functioning punitive mechanism, and that mechanism is the courts.

As a result of some of these reforms, millions of Ukrainians know which senior officials steal from the state and how, but they don’t understand why no one is behind bars. Of course, this leads to massive frustration and deep distrust of the state.

This week the Ukrainian parliament will consider a draft law on the anticorruption court, which it should absolutely pass. Establishing an independent anticorruption court is a historic chance to rebuild societal trust and to finally deliver an effective punitive corruption measure.

Ukraine has built new institutions with powers to investigate and prosecute the conduct of high-level officials whose ill-gotten funds should be traced, seized, and recovered. These new agencies, the National Anticorruption Bureau and the Specialized Anticorruption Prosecutor’s Office, are currently investigating 602 criminal proceedings and have sent 135 high-level cases to court. Among those arrested or investigated by the agencies are MPs, judges, heads of state-owned enterprises, chiefs of government institutions—those top officials who for decades were untouchable. However, justice for these untouchables will never arrive until cases are heard and decided by an unbiased court in a timely manner.

While there is obvious success with investigations of top-level corruption cases, the lack of indictments and confiscations is explained by the unreformed judiciary.

Ukraine started a comprehensive judicial reform process back in 2016 but it failed. The experiment to build a new Supreme Court did not cleanse the judiciary; trust in the court system was not restored; only 25 percent of the finalists for the Supreme Court met the integrity criteria.

This time, Ukraine cannot afford to fail. It must establish an anticorruption court with strong guarantees of its independence or it will not receive additional IMF funds the country desperately needs.

The anticorruption court bill was submitted to the parliament by the president in December 2017, and it is now being heard in the second reading. Civil society and the international community criticized the initial bill, and though many of the disputed provisions were corrected, one key demand is still missing, and it is the most important: the role of international experts in blacklisting bad candidates.

The Council of Europe’s Venice Commission has stated clearly that the international community should have a crucial role in the selection of anticorruption judges and G-7 countries agree with that.

Opponents, including President Petro Poroshenko, like to argue that international involvement in the selection process would threaten state sovereignty. The model of judicial selection, supported by the IMF, does not contradict or violate Ukraine’s Constitution. It envisions a panel with experts nominated by international organizations financing anticorruption initiatives in Ukraine; the experts would then check candidates’ professionalism, ethics, and integrity and blacklist those who possess unjustified assets or were involved in political persecution. The final selection of judges from a remaining list of capable candidates rests with Ukrainian bodies —the High Qualification Commission of Judges and the High Council of Justice.

Establishing an independent anticorruption court will be the last link in the chain of new anticorruption institutions and the last step needed to break the vicious circle of impunity that still exists in Ukraine today.

However, the adoption of the anticorruption court has been blocked by the president and his administration for more than a year.

Some of Poroshenko’s party members are foolish enough to say publicly that if the IMF does not disburse the next tranche for Ukraine and the country faces default, “this is not always bad if correctly communicated with the people.”

In fact, many MPs do not seem to care if Ukraine will default. Politicians are often turning the concept of collective responsibility into collective irresponsibility. However, each and every attack on reforms, each and every obstacle has a name. And this name usually likes to go on vacations to the United States and the European Union, and likely possesses assets in the West.

According to recent polls, 47 percent Ukrainians want Western countries to impose personal sanctions against politicians and officials who block the fight against corruption and they specifically named those who block the anticorruption court.

The West has to do its part, too. Visa bans, assets freezes, Magnitsky Acts, closely monitoring the foreign accounts of Ukraine’s politically exposed persons, their family members, and offshore companies are all instruments Western governments can and should use to remind Ukrainian kleptocrats to do the right thing.

This is the only argument they understand.

Daria Kaleniuk is the executive director of the Anti-Corruption Action Center in Kyiv.

Image: Yegor Sobolev, a lawmaker and the former head of the Ukrainian parliament's committee on fighting corruption, points to a computer screen showing the online income declaration system during an interview with Reuters in Kyiv,Ukraine October 17, 2016. REUTERS/Valentyn Ogirenko/File Photo