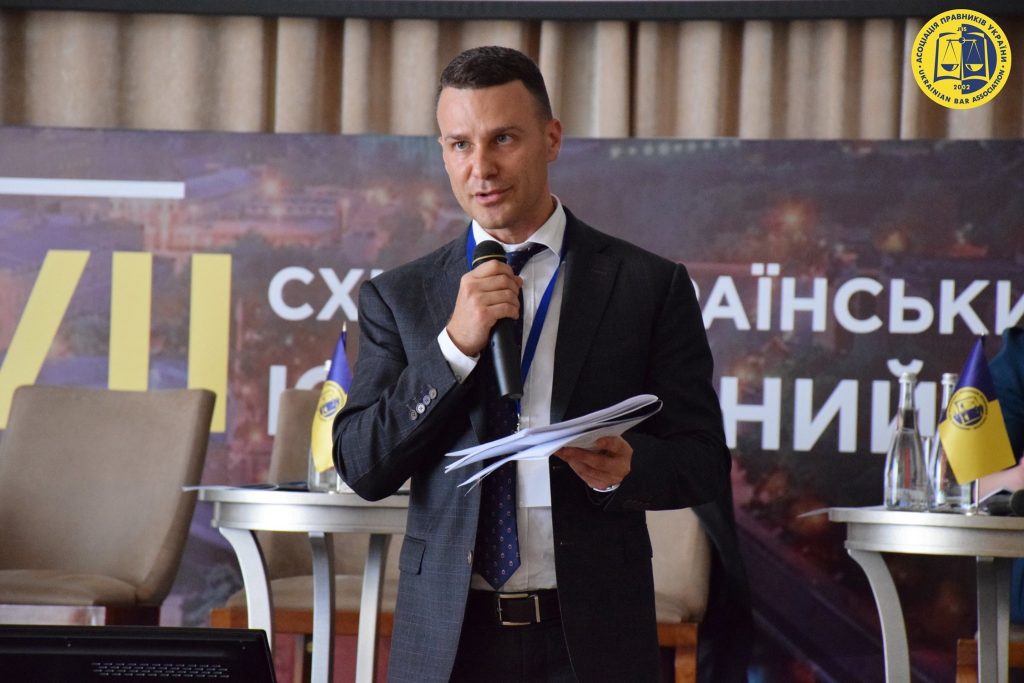 It’s all too easy to get hung up on learning the new names running Kyiv’s ministries and parliament and forget local politics altogether. But that would be a terrible mistake and lead one to miss real reformers at the grassroots.

One local politician who caught my eye is Leonid Antonenko, a 41-year-old attorney and a member of the Kyiv Team in the Kyiv city council. Antonenko recently spent two weeks in Washington as a Denton Fellow with the Center for European Policy Analysis. In mid-October, Antonenko became an advisor to the new head of the State Property Fund.

The soft-spoken Antonenko is a potent force: he’s smart, not afraid to tell uncomfortable truths, and genuinely committed to public life. He’s one of best banking attorneys in Ukraine who has no shortage of well-paid work. However, he gets his real professional joy in helping draft good laws.

He joined the city council after the Euromaidan Revolution, and much to the displeasure of those who dabble in corrupt property schemes, the detail-oriented lawyer is the chair of the property committee.

The city of Kyiv makes an enormous amount of money renting property. But Antonenko noticed a big problem: Kyiv experienced a large drop in rental revenues from 2013 to 2017. In 2013, the city recorded 334 million grivynas while in 2017 the figure was just 85 million grivynas.

The poor rental results look especially strange when you compare them to Lviv. From 2013 to 2017, Lviv’s rental revenues increased by nearly a factor of three.

To fix the problem and bring greater transparency to the rental process, he built a website that forces the city to publicly disclose all rental transactions and to digitize the process leading to execution of lease agreements.

“I made this software myself with a bunch of volunteers and handed it over to the city for free,” he said.

The city also makes money privatizing property, and that process was even worse before Antonenko cleaned it up. When a piece of municipal property was auctioned in the past, a bribe was required to be physically present at the auction, he said.

Even as the chairman of the property committee, he was banned from attending auctions. So, putting on his lawyer’s hat, he identified two companies in two different auctions that were blocked from participating—people who didn’t want to bribe—and took the cases to the Supreme Court and won. Before he got involved, only 1.5 people bid on average and he said the city generally made less than its asking price, which should have raised eyebrows. Antonenko introduced a series of amendments that fixed the problem.

While he’s careful not to point a finger explicitly at the mayor in print, he says that city council members’ conflicts of interest should be scrutinized. Boxer Vitali Klitschko has been mayor of the city of four million since 2014, and he’s long been the darling of the West.

In person, Antonenko is critical of the mayor. The city’s infrastructure has only gotten worse and it looks like the mayor is personally benefiting from petty schemes. Antonenko recently publicized two scandals related to the mayor.

Klitschko’s brother owns the 11 Mirrors Hotel in the heart of the city center just across the street from the Opera House. By bending the rules, a firm affiliated with the mayor was able to rent a three-story building behind the hotel and use it as the hotel’s kitchen and a storage facility. To benefit from the low rent rate and to shield the tenant from the competition, the city’s administration allowed the tenant to reclassify the purpose of the rent into “a museum and a library.” Over the course of a three-year lease, the tenant paid for the property as if it were used as a cultural establishment rather than a hotel facility. Antonenko and several other deputies objected during the city council meeting when the mayor proposed to privatize it. The objections were ignored. In flagrant violation of the conflict of interest rules, the mayor voted to privatize the property, even though his brother owns the hotel. The State Bureau of Investigations, a state agency prosecuting high-ranking officials’ crime, issued a seizure order on the building this summer. For now, the sale is frozen.

Just a few blocks down the road, also on Bohdan Khmelnytsky Street, one of the swankiest in town, an old post office occupied a prime spot. In a complicated scheme, the post office was kicked out and the City’s Commercial Court got the spot. The post office had paid 40,000 hryvnia per month while the Court pays only 60 hryvnia. In exchange for the favor, the Court waived its rights to the neighboring three-story building which is listed as a heritage property and passed the building on to the municipal property. Within weeks, the mayor’s office arranged for a transfer of the building to a fake veterans’ organization without any competition and a reduced rate. Although dilapidated and neglected, the building is of high interest to developers because it sits on a land plot which is adjacent to a construction site. Few doubt that a “veterans’ organization” is anything but a developer’s tool to establish control over the land plot that the building occupies. There is no direct link to the mayor, but Antonenko suspects that the developers may have bribed the mayor’s office.

Antonenko isn’t afraid to tangle with anyone. He recently got into a public dispute on social media with the prime minister, who he considers a good friend, over tax policy. The details were minute, but Antonenko did something remarkable for a public figure on social media: he backed down from the fight because he says he found the prime minister’s explanations convincing. He’s quick to acknowledge that the new prime minister’s heart is in the right place and that Ukraine’s economy may finally improve.

Ukraine needs more people with rich experience like his to dig into the data and speak out.

Another one to watch.