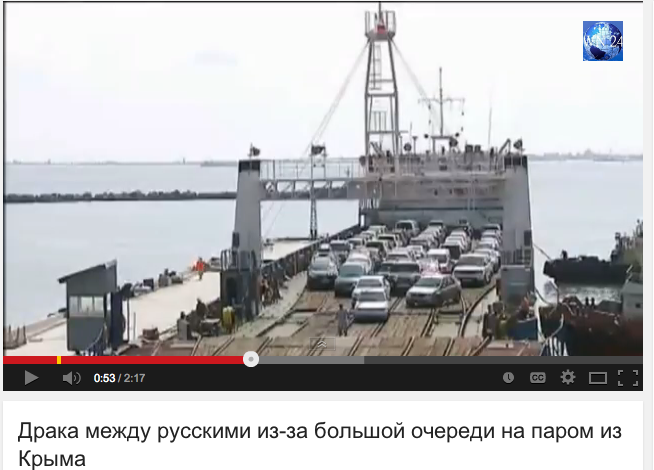 Distracted US and European policymakers may feel grateful that this month’s truce has slowed the Russia-Ukraine war. The Obama administration is seized with the Syria-Iraq crisis and Congress has gone home to campaign for the November 4 election. Europe faces an internal battle this week as its newly Euro-skeptic parliament grills nominees for the next European Commission.

But the relative calm in Ukraine may be short-lived, according to Ukrainian analysts who say that approach of winter is sharpening Russia’s strategic interest in launching a new invasion—this time to establish a badly needed overland corridor to supply food, fuel and even water to its newly annexed territory of Crimea. Russia’s combine of regular and proxy forces is poised for such an assault along the 225 miles (375 kilometers) of Ukraine’s southern coast.

Russia’s interest in that advance may be signaled by continued shelling during the three-week cease-fire of Ukrainian forces defending their main stronghold along that route—the city of Mariupol, said Nikolay Vorobyov, a Ukrainian journalist covering the war in the south. Also, “small groups of guerrillas are attacking along the roads to Mariupol, trying to destroy any military vehicle that drives toward the city,” Vorobyov said in a telephone interview from Kyiv.

Russia now can supply Crimea only by air, or by sea, mainly via overburdened ferries that cross to the peninsula’s eastern tip, at the city of Kerch. Several Ukrainian military analysts say that wintertime supplies for Crimea are such a massive challenge that a new Russian invasion along the Sea of Azov coastline is inevitable.

“Crimea is dependent” on outside sources “for 85 per cent of its food supplies,” according to a military analysis in April by the London-based Royal United Services Institute. “The ferry across the Kerch Strait can only handle 400 people or 60 vehicles per hour, while the Port of Kerch has very poor facilities and no refrigeration for food and perishables. In this situation, food supplies in Crimea are already under strain and cannot be easily met by air and sea supply from Russia. The opening of a secure land corridor would mitigate the problem immediately,” wrote analysts Igor Sutyagin and Michael Clarke.

“Russia needs to have a land corridor to Crimea no matter what. They will try to achieve it at any cost,” another former Ukrainian officer, Lieutenant General Vilen Martirosyan, told the website last week. While Ukraine alone will not be able to prevent such a strike,

“if our foreign friends—the Americans and others—offer to help us, Russia will not do this,” Martirosyan said.

The Kerch Strait is just two miles wide at its narrowest point. And while Russia has worked feverishly to improve its ferry service since seizing Crimea, Russian and Ukrainian news accounts and YouTube videos show the crossing jammed with fuel and cargo trucks and passenger traffic.

Russian President Vladimir Putin has ordered that a highway and railroad bridge be built across the strait by 2018, and “this year’s logjams at the Kerch Strait ferry crossing … makes the bridge construction particularly urgent,” Russia’s official ITAR-TASS news agency wrote September 1. The bridge will cost $6 billion and Russia has opened talks with China Communications Construction Company to help build it, the agency said.

Image: One of many Russian and Ukrainian YouTube videos on Russia's problems in ensuring transport to Crimea shows one of the aging ferries that now provide the only service. (World News 24/YouTube screenshot)