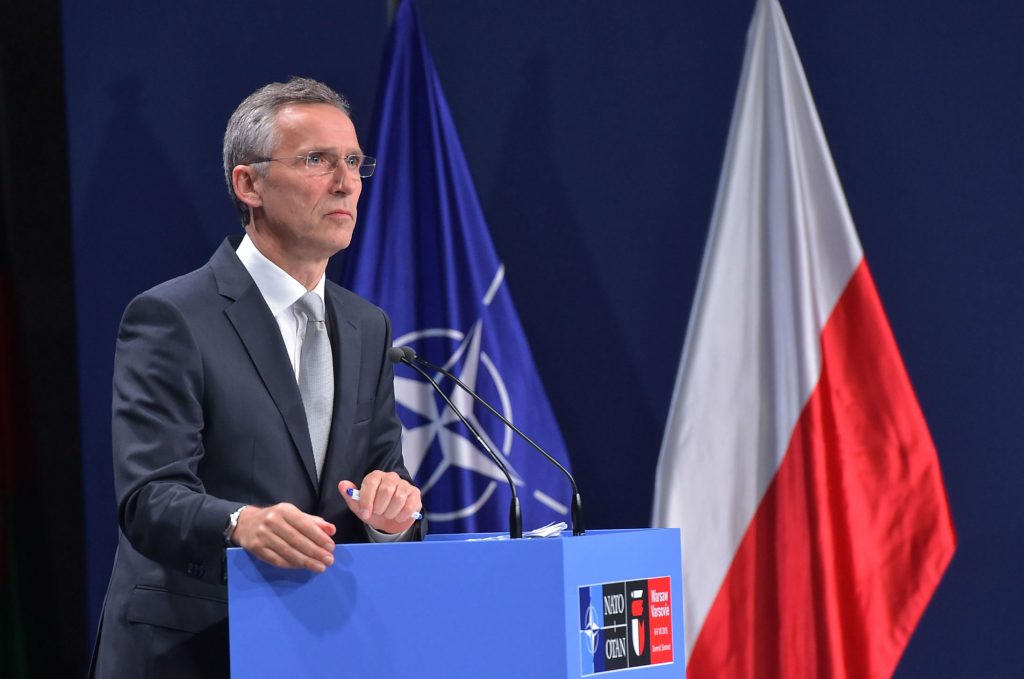 NATO leaders finally demonstrated at the Warsaw Summit on July 8 and 9 that they understand the dangers of a revisionist Kremlin, and they approved significant measures to resist it. Unlike the Wales Summit in 2014, which noted that ISIS was an “existential threat to NATO” but made no similar claims about the marauding nuclear superpower threatening Europe, the Warsaw Summit statement focused principally on the danger Moscow’s behavior poses to NATO, Europe, and global security.

The first step toward managing a threat is to assess it clearly. The Warsaw Summit statement does this in noting that “Russia’s provocative actions, including…its demonstrated willingness to attain political goals by threats and the use of force, are a source of regional instability, fundamentally challenge the Alliance, have damaged Euro-Atlantic security, and threaten the long term goal of a Europe whole free and at peace.” Moscow’s actions have been a reminder that “the greatest responsibility of the Alliance is to protect and defend our territory as set out in Article 5 of the Washington Treaty.”

This is precisely the sort of clarity that was missing at Wales. The operative word there was “reassurance”: NATO needed to “reassure” its newest members that they were secure, as if the problem was the Baltic states’ anxiety rather than the menace of a revisionist power that had initiated war to change the borders in two European countries.

Now NATO talks about deterring that menace and is taking steps to do so. At Warsaw, the Alliance endorsed the dispatch of four battalions, one each to Poland and the three Baltic states, and another four to Bulgaria and Romania. The United States, the United Kingdom, Canada, and Germany will provide the soldiers. The battalions will have at their disposal heavy weapons. Technically, these deployments will not be “permanent,” but the rotations will be continuous and the presence of these NATO forces constant.

Some skeptics of this deployment argue that these battalions could not stop an invasion by the many divisions that Russia has currently positioned on its northwestern borders. That was the same argument by an earlier generation of skeptics, who claimed that the deployment of over 200,000 US soldiers to Germany would not have stopped a Soviet offensive through the Fulda Gap. But the logic of the Baltic deployments today is the same as that of the deployments to Germany during the Cold War. Placing US and other NATO forces in the east tells the Kremlin that it cannot commit aggression without killing these NATO soldiers and risking war with the Alliance. The deployments tell Moscow that Article 5 applies to these countries.

At the summit, the Alliance endorsed a tripling of the size of the NATO Reaction Force to 40,000, and an increase in the size of the Very High Readiness Joint Task Force to 13,000. The Task Force troops can be deployed within two or three days, a truly rapid capability that could prove useful in the first stages of a hybrid war.

The decisions on the deployments to the east and the rapid deployment force greatly strengthen NATO’s position, but some within the Alliance, especially its newest members, would like see a brigade (each with 5,000 soldiers) rather than a battalion (approximately 1,000 troops) in each of the Baltic states. Additionally, some NATO planners worry about the advanced anti-aircraft missiles and airpower that the Kremlin has placed in Kaliningrad, to the west of the Baltic states, which could provide a strong Anti-Access Area Denial capability against NATO reinforcements to the Baltic states in case of a conflict with Russia. These are legitimate concerns that NATO will look at carefully after it implements the decisions taken in Warsaw.

NATO took up two other critical deterrence issues. The first concerns hybrid warfare. The Alliance now has a strategy and actionable implementation plans to counter hybrid warfare. Warsaw also identified cyberspace as a “domain of operations where NATO must defend itself.” Now NATO must begin the task of defining the cyber threat and taking steps to deal with it. The Alliance received a bit of a reminder of the problem when Russian hackers took down NATO-linked homepages shortly before the summit.

NATO has taken steps to address many significant vulnerabilities that it faces, particularly in the decision to deploy battalions to the Baltic states, Poland, Bulgaria, and Romania. It is true, however, that the strong measures NATO took on land were not mirrored in the Black Sea; not all members view the danger there from Moscow in the same way. To reduce the danger posed by the Kremlin’s militarization of Crimea, NATO needs a stronger naval presence in the Black Sea.

Still, the steps taken at the Warsaw Summit should sharply decrease the chance that Moscow would do something in the Baltic states that might lead to the invocation of Article 5. In fact, these steps may explain the Kremlin charm offensive of the past few weeks: Russian President Vladimir Putin’s acknowledgment that the United States is the only superpower; the many Kremlin statements that Moscow has no aggressive intent against any NATO member; the observation of many Western experts that their counterparts in Russia have been more open to dialogue in recent months than in the two years after Moscow seized Crimea.

The Warsaw Summit also took up the problem of security in the grey zone, especially in Georgia and Ukraine, but with much less clarity and purpose. In the Warsaw Summit statement, NATO continues to maintain that the door is open to new members, including Georgia. But it is no secret that senior Western officials cautioned Tbilisi and Kyiv before the summit not to push for a Membership Action Plan.

Still, Georgia and Ukraine have two reasons to take heart from the summit. Before reaching out to offer major assistance to these countries against Kremlin aggression, NATO first has to recognize the danger and take steps to defend its members. That has now happened, and for that, Warsaw will stand out as an historic NATO gathering. The second reason is that while NATO’s support for these two countries is still inadequate, it is growing. For both, the training programs designed to make their militaries interoperable with NATO are becoming more comprehensive; while the United States is not sending lethal equipment to Ukraine, it is sending more sophisticated equipment such anti-aircraft batteries for missiles.

It is not surprising that reporting on Warsaw has focused on differences within the Alliance regarding Russia: for example, German Foreign Minister Frank-Walter Steinmeier’s statement about NATO “saber rattling” or Italy’s Prime Minister Matteo Renzi’s participation at Putin’s Davos in St. Petersburg. These items are not irrelevant, but the real news is that both Germany and Italy, and other NATO members, agreed to the decisions that will thwart Putin’s revisionist dreams.

John E. Herbst is Director of the Atlantic Council’s Dinu Patriciu Eurasia Center and a UkraineAlert contributor. He served as US Ambassador to Ukraine from 2003 to 2006.