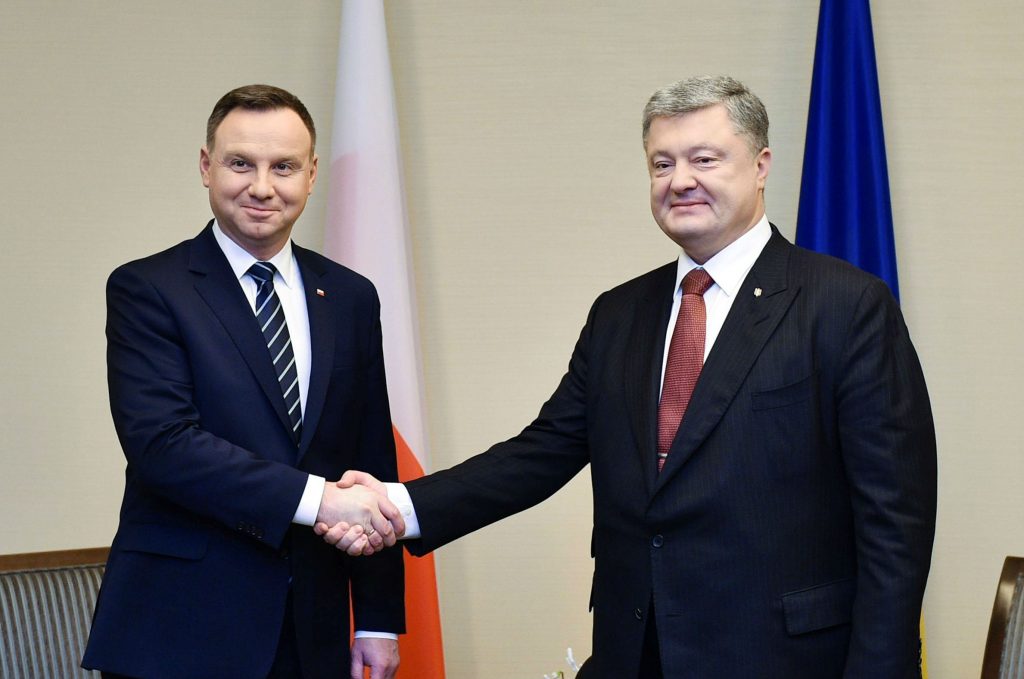 Poland and Ukraine are frontline states for European security. That fact alone makes their mutual backsliding away from democratic reform—the indispensable precondition for their revival and security—so dangerous. The Polish government seems to want to return to its interwar model; at that time, it repressed its minorities and ultimately failed, ending up bereft of friends and allies when its crisis came. Yet its current leadership seems to have learned little from that lesson.

Polish security today depends on its membership in NATO and the EU, and those organizations’ support for it. In NATO, the United States is the leading power, and Poland’s relationship with Washington is the foundation of its security; the relationship involves billions of dollars allocated to Polish defense infrastructure, armed forces, and weapons for its defense against Russia. In the EU, Germany plays a similar role. But the Polish government seems intent on alienating precisely those states upon whose goodwill its security depends. Its legislation on the courts which may make judges less independent, only the latest in a stream of anti-liberal and anti-democratic legislation, has led France and Germany to challenge it. Yet Poland continues to defy the EU and seems to think it can repeatedly insult Germany without consequence.

Poland has also decided, after seventy-five years, to demand reparations for Nazi crimes during the Holocaust. But since the regime in Warsaw is also encouraging a new Polish xenophobia, even to the point of having pro-government demonstrators parade anti-Semitic as well as anti-Muslim placards, it is unlikely that these demands are on behalf of the millions of Polish Jews who were slaughtered then. Instead, this seems like a gratuitous desire to strike at Germany.

Meanwhile in Ukraine, the government of President Petro Poroshenko, abetted by other oligarchs and those who stand to lose if their corruption is exposed, has launched an all-out offensive to prevent the full functioning of the National Anti-Corruption Bureau (NABU). The government and the oligarchs grasp that their position will be weakened if NABU begins to fully operate and if further reforms are passed. Here too, Ukraine risks the ire of the EU and the potential cutoff of foreign support in the form of loans, investment, and diplomatic support.

These regimes may think the Trump administration will ignore these assaults on democracy. But if they do, they are quite wrong. Congress, which controls their allocations, will not tolerate the flouting of democracy. And rhetoric to the contrary notwithstanding, the US government is actually continuing to fight for human rights abroad.

Moreover, they are playing with fire. German Chancellor Angela Merkel’s power is being clipped in Germany, and if it had the chance, the Social Democratic Party would likely be prepared to make a deal with Russia at Poland’s (if not Ukraine’s) expense, especially if Poland continues to insult Germany at every opportunity. And on issues like Nord Stream 2 or economic security, such deals would be disastrous for Poland (and Ukraine).

In Ukraine’s case, while weapons transfers have been authorized (licenses to export), the democratic failures may furnish a pretext for not giving Ukraine the anti-tank, anti-artillery, and anti-mortar systems it needs to defend itself. Additionally, Russia’s greatest weapon against Ukraine is the corruption of its elite. Thus, Poroshenko’s refusal to move faster on an independent anticorruption court or other reforms merely ensures that sooner or later Russia will find it easier to subvert Ukraine from within.

Both governments think they can tough it out and retain their power at little or no cost. To add to the looming disaster, the two governments have now engaged in a shouting match about their past history and the massacre in Volhynia (Wolin) in 1943-45. These polemics only benefit Moscow and further alienate the two governments from each other and their friends in the West.

Postwar Polish intellectuals in the West who were the spiritual godfathers of Poland’s Solidarity movement and revival after 1989 understood that the precondition of Polish security was Ukraine’s independence. However, the Polish and Ukrainian governments today are mutually undermining the platform upon which they both stand. Ukrainian oligarchs and the Polish government seem to think they can regress from democracy and liberalism and fight over ancient wounds rather than pursue reconciliation and progress.

More important, the time has long passed when one could insulate domestic misrule and authoritarianism from external security. Indeed, these two issues are inextricably linked. The only beneficiary of these policies is Moscow, not the Polish nor the Ukrainian people. And if these governments cannot be persuaded to abandon this course, the likelihood that others will abandon them—either publicly or quietly—and seek deals with Moscow at their expense will grow commensurately. Leaders in Warsaw and Kyiv would do well to ponder that point as we enter 2018.