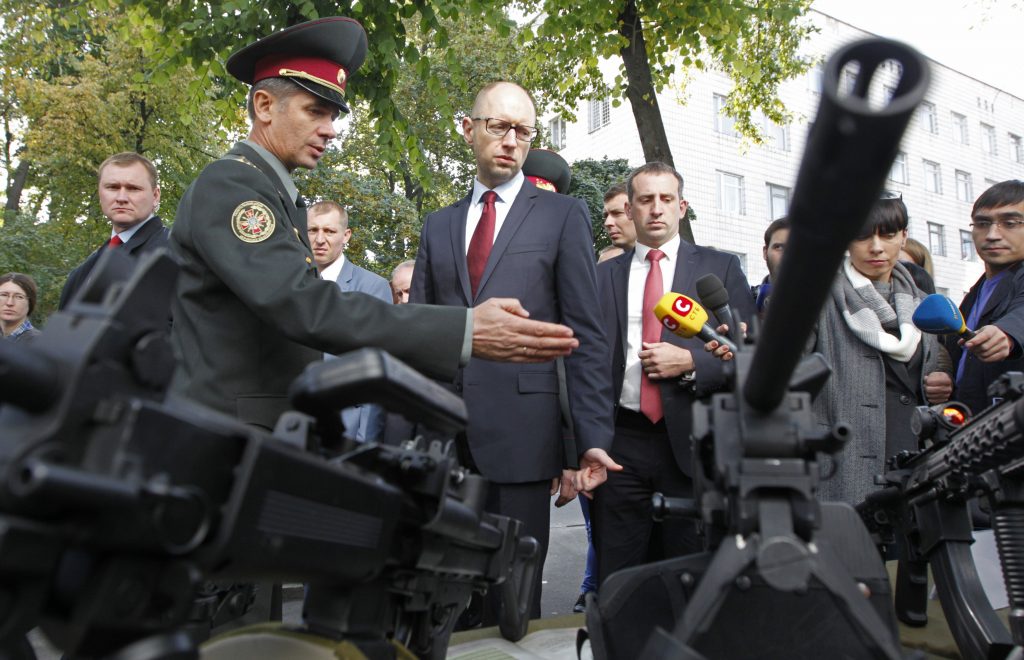 Amid the relative lull in the Russia-Ukraine war, Ukrainian military specialists say Russia may soon re-invade Ukraine to seize a critical overland supply route to Crimea. But some analysts and officials in the West are less worried. In the end, says military analyst Ihor Kozak, we have to guess. Still, the dangers in any new Russian invasion are so great that the US government should take four steps quickly to forestall it, according to Kozak.

Senior Ukrainian retired generals and other analysts in the country say Putin has powerful strategic reasons to drive deeper into Ukraine with Russian and proxy forces that reportedly were reinforced today on Ukraine’s Sea of Azov coastline. By driving west 225 miles (375 kilometers) along that coast, Russia could establish a land route to the Crimean Peninsula, which Russia seized seven months ago but cannot easily supply with food, fuel or water. Such an offensive would expand the war to at least two new Ukrainian provinces that together contain about 3 million people.

Russian-led forces have conducted probes and attacks around the Ukrainian-held city of Mariupol on the Azov coast, according to Ukrainian journalist Nikolay Vorobyov and others. Ukraine’s government said today that Russia has reinforced its armored units and sent a new reconnaissance unit to its forward positions in Ukraine, outside Mariupol.

Concern over a new invasion rises not only in Kyiv and Mariupol. Last month, US Marine Lieutenant Colonel Donald Thieme, a professor at the Naval War College in Rhode Island, wrote in an essay that mastery of the corridor to Crimea represents a huge strategic advantage that Putin likely will try to seize in the autumn. Putin’s problem is that the Crimean Peninsula is deeply dependent on outside sources for water, food and fuels—and Moscow has no good way to assure those supplies over the coming winter. Russia’s major transport link, other than an airlift, is an overloaded ferry service across the Kerch Strait that will be halted when the sea freezes this winter.

Russia-Ukraine War: The Next Round

Re-escalated warfare from a new Russian invasion would be potentially more dangerous, Kozak said, than the summertime combat in Donetsk and Luhansk provinces, which has slowed following a ceasefire on September 5. Kozak, a native Ukrainian and retired Canadian military officer, has advised Canada’s government and armed forces on the crisis. An expanded war would risk political and ethnic radicalization in Ukraine, “weakening support for the moderate government while strengthening political extremists and their fighters,” he said in an interview. “Think of the worst things from the collapse of Yugoslavia” in 1990 and the wars that followed, he said.

“Of course, we can’t know the mind of [Russian President] Vladimir Putin,” said Kozak. And some analysts say the Russian leader would hesitate to seize the Azov coastline because of high political and economic costs.

Putin is likely to hold back any new military strike until after Ukraine’s October 26 election, in part to see whether Ukrainian voters might elect a government willing to offer him greater concessions, senior economist Timothy Ash of London’s Standard Bank wrote today in an e-mailed analysis. Ash noted that a new invasion of Ukraine would risk hurting Putin with further Western sanctions on Russia’s economy, plus new political opposition at home, already sparked by the deaths of Russian troops in an invasion that Moscow does not officially acknowledge.

Kozak: Immediate Steps for US

Ukraine has shown that it will fight for its independence from Russia, Kozak said, but “needs from the West holistic support … to rebuild and restructure” its defense forces. The full spectrum of needed support, including advice, training, equipment and weapons, will take time. As Putin weighs the risks and benefits of an assault to create an Azov corridor to Crimea, the United States should quickly take four steps to increase the likely cost of invading, Kozak said:

“The West sees the current cease-fire in Donbas as a success and a respite,” Kozak said. “But it’s not really a cease-fire; the fighting is ongoing.  And it’s not sustainable. Putin needs that corridor to Crimea.”

Image: A Ukrainian military officer shows Prime Minister Arseniy Yatsenyuk examples of newly produced small arms for use by Ukraine’s military. Yatsenyuk has put a heavy emphasis on the government’s effort to rebuild the army following its losses in heavy combat during the summer against Russian troops and their proxy forces in southeastern Ukraine. (REUTERS/Valentyn Ogirenko)