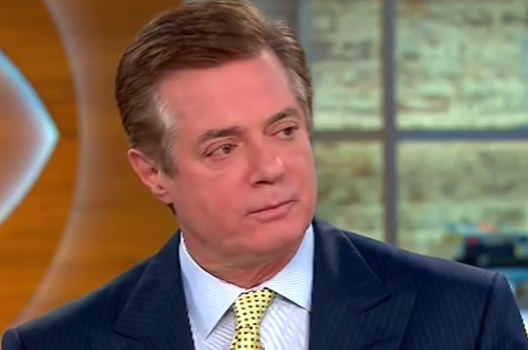 Paul Manafort interviewed by CBS This Morning on August 8, 2016. (YouTube)

The recent scandal surrounding alleged payments made to Paul Manafort by the former Ukrainian government has again cast a spotlight on corruption in Ukraine. Whatever one thinks of the Manafort story, no one can dispute that Ukrainians are entitled to an honest government that does not steal from them. But how can Ukraine achieve this goal? And what can the US do to help?

Many Americans who care about Ukraine have expressed frustration with Ukrainian law enforcement and have called for more aggressive investigations and prosecutions of corrupt officials. For example, speaking to the US Chamber of Commerce last year, Vice President Joe Biden said, “Ukraine has a strategy and new laws to fight corruption, a new head of an independent national anti-corruption bureau. Now, they’ve got to put people in jail. They’ve got to actually do it.”

Similarly, in a recent seminal article on reform in Ukraine, former Deputy Assistant Secretary of State David Kramer wrote that “the United States and its European allies should more aggressively offer help from agencies like the FBI and Department of Justice for investigations into corruption inside Ukraine. And they should make clear that Ukraine’s readiness to accept and make use of such help will be seen as a test of its seriousness on combatting this problem.”

However, a recent study by the Anti-Corruption Action Centre in Kyiv suggests that the problem may lie more with the judiciary than with law enforcement. According to the Centre, by June 2016, Ukraine’s new National Anti-Corruption Bureau (NABU), which started operations only in late 2015, had opened 148 criminal investigations, frozen Hr 220 million worth of allegedly illicit proceeds, and sent fifteen cases to court. However, the courts had not scheduled a single case for trial and, according to Anastasia Krasnosilska of the Centre, “are using any opportunity to block NABU’s investigations.”

Assuming its findings are accurate, the Centre’s study has important implications for US anti-corruption policy in Ukraine.

First, it suggests that the US should focus as much on judicial reform as on criminal prosecution when calling on Ukraine to combat corruption. Absent a reliable and independent judiciary, even the best criminal investigations will not achieve any results. Even worse, increased enforcement without an independent judiciary may result in selective and politically motivated prosecutions and convictions based on insufficient evidence and violations of defendants’ rights.

Second, it suggests that NABU appears to be genuinely committed to combating corruption, and support for it should be a focus of US anti-corruption efforts. According to NABU’s website, in June, the FBI conducted a ten-day training course for NABU, and also signed a Memorandum of Understanding with NABU that obliges the FBI and NABU to cooperate in investigating corruption and money laundering and in tracing and recovering criminal proceeds.  These efforts should be continued and expanded.

Third, it suggests that anti-corruption efforts in Ukraine will likely depend on the development of new institutions, like NABU, that are not tainted by the pre-existing corrupt system. US calls for more corruption prosecutions had little effect until NABU was established. The key to NABU’s success appears to lie in its independence, which is assured through public transparency. For example, all NABU employees are appointed based on open competitions, and NABU is supervised by a Civil Oversight Council, whose members are selected through online voting and which includes representatives of civil society and anti-corruption NGOs. The US should focus on supporting the development of similar institutions untainted by the pre-existing system, including the office on asset recovery that Ukraine is in the process of establishing.

Fourth, the Centre’s study contains an important proposal for judicial reform which is worthy of US support. Based on the NABU precedent and the principle of creating new institutions outside preexisting tainted structures, the Centre proposes the creation of “specialized anti-corruption courts with administrative autonomy and guarantees against political interference” including “a Supreme Anti-Corruption Court as the first instance court and an independent appeal court within the Supreme Court of Ukraine.”

Although there are many details to be worked out, the proposal is clearly a step in the right direction. The US should consider supporting it, particularly by sharing expertise in the area of judicial security, where the US has extensive experience.

In trying to promote anti-corruption in Ukraine, it is important to remember that as long as the judicial system is corrupt, law enforcement cannot be expected to produce good cases. International anti-corruption assistance efforts should focus not only on investigations and prosecutions, but also on the conditions that will ensure such cases are investigated and prosecuted justly.

Thomas Firestone is a partner at Baker & McKenzie LLP and formerly served as a US Department of Justice official.