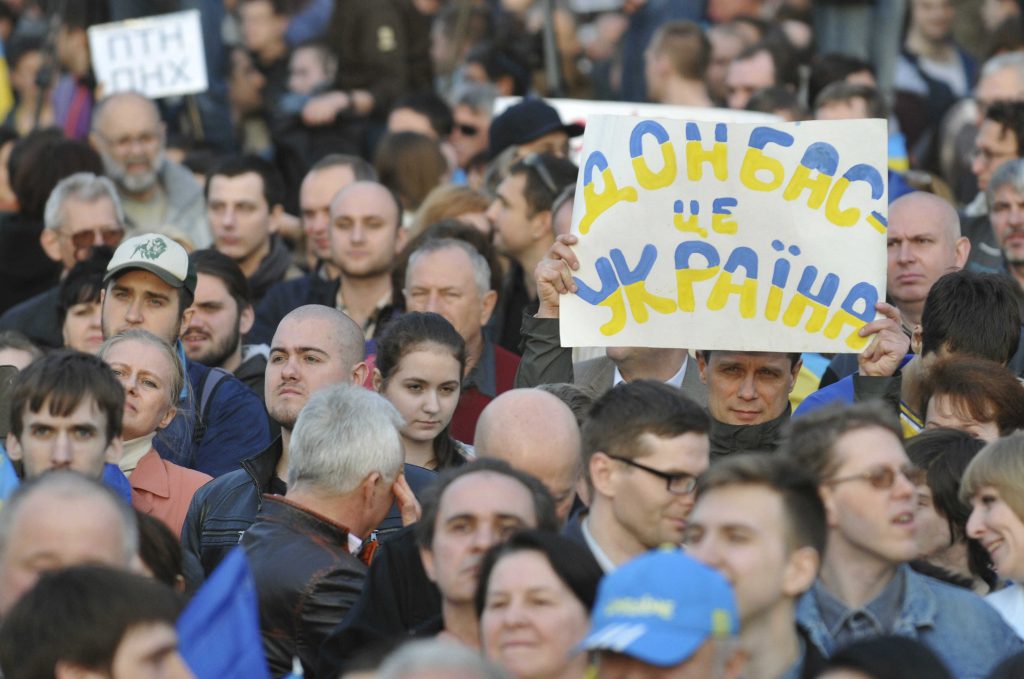 It’s tempting to write off the Donbas as backward, hopelessly Soviet, fodder for pro-Russian political parties, and inhospitable to new ideas and the forces reshaping Ukraine. But that would be a terrible mistake.

The results of the recent parliamentary elections show that reform parties have potential in Donetsk and Luhansk oblasts. Pro-Western parties should be doing something they have never done before: contesting the Donbas.

On July 21, three pro-Western parties collectively won 37 percent in the Donbas. These election results show that true political competition has come to the Donbas for the first time.

In the Donetsk region, there was always one choice, which was the Party of Regions. Now, fragments of this party, the pro-Kremlin party Opposition Platform-For Life of Viktor Medvedchuk, a close ally of Russia’s Vladimir Putin, and Opposition Bloc, controlled by Rinat Akhmetov, Ukraine’s richest man, are the most popular choices.

But it’s important to dig into the figures. Ukrainian President Volodymyr Zelenskyy’s Servant of the People party took second place in almost all of the twelve constituencies. For the first time, a party without any pro-Russian rhetoric received 27 percent. For a region where pro-Russian parties and candidates have always won an absolute majority, this is not only a sensational result, but also a clear sign that Donbas residents have begun to look toward the West after five years of ongoing conflict.

In the Luhansk region, the picture is even more radical. The Opposition Platform is based there. However, it won only one of six constituencies. Candidates from Servant of the People and the Opposition Bloc won two other districts. Independent candidates won the other three.

Before the outbreak of armed conflict in eastern Ukraine, pro-Western political parties did not bother to fight for the region’s voters in parliamentary and local elections. That’s all changed, and an important window of opportunity has opened for pro-Western parties in the Donbas.

Aside from Servant of the People, no other pro-Western political forces showed any interest in the Donbas during the campaign. Only Fatherland has developed regional offices in the Donbas.

Servant of the People approached the campaign in the Donbas in the same fashion as its presidential campaign, which gave Zelenskyy a record-breaking result: he beat an incumbent president by a nearly three to one margin. In the Donbas, about 250,000 residents followed the national trend, casting their votes for a party created from scratch and named after a TV show.

The Holos party, the most pro-reform of the five that will sit in the next parliament, only went as far as Kharkiv. Other parties limited their efforts to a small number of billboards, television advertising, and party newspapers. Despite these weak efforts, pro-Western parties did well.

Andriy Bohdan, Zelenskyy’s chief of staff, believes that it is appropriate to hold local elections only after completing decentralization reform, but the timing of the local elections will be resolved by the new presidential administration in consultation with the new parliament. The local government in the Donbas is similar to a Ukrainian version of the Westminster system, where the winner of the presidential election names the leadership, effectively controlling the region. For the time being, there is no opposition or competition at the highest regional level there.

Once local elections again decide the composition of regional councils, Ukraine’s local elections will offer a great opportunity for the country’s pro-Western political parties to gain new voters and expand their regional base of support. Pro-Western parties in the snap parliamentary elections did far better than expected in Donetsk and Luhansk oblasts and show that these parties should take the Donbas seriously in future elections. Doing so will strengthen their positions in the region, interrupt the regional hegemony of pro-Russian parties, and build a base for pro-Western parties in the next parliamentary elections.