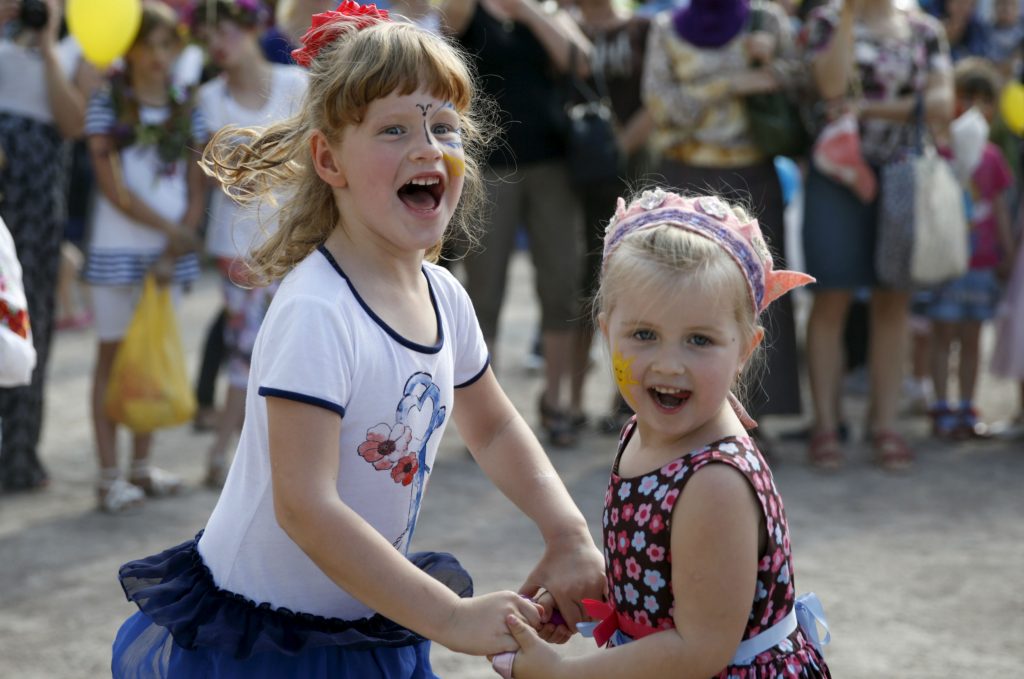 In chess, a player is in “zugzwang” when no move will rescue his situation.

Russian President Vladimir Putin has put Ukraine in “zugzwang” and, as things now stand, the country is unable to move forward militarily, economically or diplomatically.

Without relief, Europe may end up with another deluge of asylum seekers, this time from Ukraine. Already, Russia’s occupation of 9 percent of Ukraine has displaced 1.4 million internally and continuing military incursions will result in the dislocation of millions more.

This is the culmination of a long Russian chess game. Since 1991, when Ukraine declared independence, Russia has controlled Kyiv through puppets and corruption.

Two Ukrainian street revolutions—2004 and 2014—forced Victor Yanukovych out of office twice. By the time he fled in 2014, he had gutted the military, thoroughly tainted the justice system, and fully looted the economy.

In chess terms, all of Ukraine’s “knights” had been taken off the chessboard. A Crimean-Russian was put in charge of Ukraine’s military and sold or neglected its equipment. One Ukrainian volunteer brigade this spring bought a Ukrainian army tank from a corrupt officer for two bottles of cognac. “Its reverse gear didn’t work and they couldn’t repair it,” the brigade commander told me. “We didn’t care that it couldn’t reverse. We only wanted to go forward.”

Then the White House bungled the crisis, according to Putin’s former Senior Economic Adviser (2000 to 2005) Andrei Illarionov, Senior Fellow at the Cato Institute.

In 2008, Putin invaded Georgia, but was stopped when the United States said clearly a planned invasion was unacceptable.

“In 2008, the US sent a big ship and said stop it,” Illarianov said in an interview. “The order was given by Putin to take over Tbilisi and the troops were immediately pulled back. In this case, a clear statement and action, sending a carrier to Greece, and not the Black Sea, would have prevented 100 guys in Sevastopol from taking over Crimea.”

Now Ukraine is hamstrung. Suggestions to supply Ukraine with lethal defensive weapons have been ignored.

Instead, the Americans and Europeans hit Putin with economic sanctions and cease-fire restrictions. But the Russians flouted these and since the second Minsk ceasefire agreement have seized another 250 square kilometers and 28 towns and villages without condemnation or consequences.

Financially, Russia has pushed Ukraine into dire straits. The IMF negotiated a debt reduction deal this summer but Russia has refused to cooperate and wants $3 billion in December. Russia’s unwillingness to go along with the debt deal may jeopardize further IMF assistance. The ball is in the IMF’s court now. Ukraine is at its mercy.

Diplomatically, the Europeans agreed with Russia and bullied Kyiv into signing a commitment to amend its constitution in order to give autonomy to the Russian operatives that seized control in the Donbas. An attempt to amend the constitution resulted in riots in Kyiv because this was an unacceptable request in the first place.
Check.

Russia is beginning to play games with its natural gas flows and prices this winter to rattle Ukraine’s chains.

After the Iran deal was approved, Putin adhered to the ceasefire in Ukraine then moved troops into Syria. These are linked. Washington’s pussyfooting over Ukraine, unlike in 2008 with Georgia, was based on concern that Putin would withdraw and sabotage the Iranian negotiations. Now he’s gone into Syria to fight ISIS in an attempt to continue to be treated with kid gloves.

The result of this match is that Ukraine simply cannot move and it’s time for recalibration to control Putin.

Ukraine must be given defensive lethal weapons by someone.

The IMF must ignore Russian debt demands and move forward with its $17.5 billion bailout program.

Sanctions against Russia must be strengthened.

Sanctions must be indefinite, and tied the restoration of Ukraine’s borders.

The United Nations must declare Ukraine an occupied country, allowing the country to sue for damages and retaliation and obtain humanitarian aid for its displaced citizens.

Russia should be kicked out of the G20 and sanctioned at the United Nations.

Without these bold steps, Ukraine will become a failed state and the European Union will end up with millions of Ukrainians seeking asylum from its collapse.

Diane Francis is a Senior Fellow at the Atlantic Council’s Dinu Patriciu Eurasia Center, Editor at Large with the National Post in Canada, a Distinguished Professor at Ryerson University’s Ted Rogers School of Management, and author of 10 books.

Image: Girls, who are children of internally displaced persons (IDPs) from eastern Ukraine, take part in International Children's Day celebrations at a volunteer center in Kyiv, Ukraine June 1, 2015. Europe may end up with another deluge of asylum seekers, this time from Ukraine. Already, Russia’s occupation of 9 percent of Ukraine has displaced 1.4 million internally and continuing military incursions will result in the dislocation of millions more. Credit: REUTERS/Valentyn Ogirenko