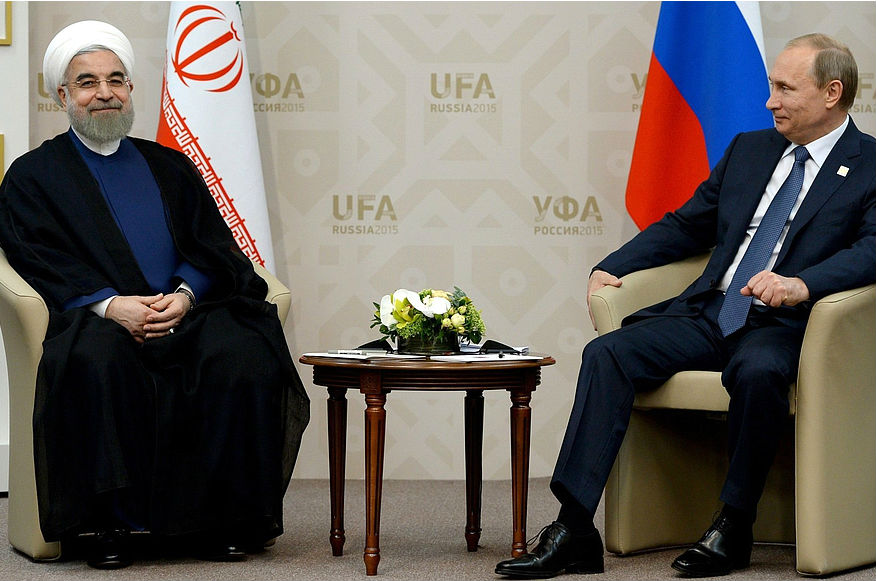 Ever since US Secretary of State John Kerry visited Russian President Vladimir Putin in Sochi last May, Ukraine’s friends have been concerned that in its eagerness to ensure Kremlin support for a deal with Iran, the White House was willing to let Putin have his way in Ukraine. Advocates of this outlook point to five developments:

But the notion that Washington is restraining or curtailing that support in exchange for Russian cooperation on Iran doesn’t match the facts. Kyiv has been understandably disappointed by limited support from the West in addressing Moscow’s aggression in Ukraine. While the White House has been slow to recognize the grave danger posed by Putin’s revisionist ambitions, its policies in fact have been improving with time.

US gradually steps up pressure against Kremlin aggression

A year ago, the White House considered it provocative to send night-vision goggles to Ukraine. In February, while rejecting advice by a group representing the Atlantic Council, the Brookings Institution, and the Chicago Council of Global Affairs to give Ukraine defensive lethal weapons, the Pentagon quietly shipped armored vehicles (Humvees) there. According to the Wall Street Journal, the administration might now send Ukraine anti-missile radar batteries with a range of 25 to 40 kilometers. Kyiv critically needs this, because long-range Russian artillery causes more than 75 percent of Ukrainian casualties.

In recent months, the Obama administration has adopted a much tougher NATO policy. At the 2014 Wales Summit, NATO identified the Islamic State of Iraq and al-Sham (ISIS), but not Russia—which had forcibly altered the international borders of Georgia and Ukraine—as an existential threat to the alliance. At the summit, NATO spoke of using its newly created Rapid Reaction Force in Eastern Europe to “reassure” the alliance’s eastern members. In late June, US Defense Secretary Ashton Carter visited Europe and said the Pentagon would preposition tanks, artillery, and other heavy military equipment in the Baltic states, Bulgaria, Poland, and Romania to deter Kremlin provocations against NATO’s easternmost members.

Since Russia’s seizure of Crimea, the administration has also taken a tougher stance on sanctions. This hasn’t stopped, despite Washington’s cooperation with Putin on Iran. In late July, after the United States, Russia, and four other world powers concluded a nuclear accord with Iran in Vienna, the White House hit Moscow with sanctions against eleven more people and fifteen more companies.

Despite its courting of Kremlin cooperation on Iran, the Obama administration has toughened its policy toward Moscow in significant ways within NATO. Actions that have been interpreted as concessions to Moscow are, on closer inspection, nothing of the kind.

It’s unclear whether the opening of the Nuland-Karasin channel will yield any results. Kremlin policy on Ukraine is made by Putin and a small circle of senior advisers such as Chief of Staff Sergei Ivanov and Security Council Secretary Nikolai Patrushev. Even Foreign Minister Sergey Lavrov has little influence. Yet this channel gives Washington an entrée into the Minsk negotiating process that it did not have before.

Meanwhile, despite the internal controversy it has generated, Nuland’s push for constitutional change is very much in Ukraine’s national interest. For better or worse, Ukraine is now stuck with the Minsk II ceasefire which—despite its flaws—has one key advantage: German Chancellor Angela Merkel is strongly committed to keeping sanctions on Russia until it implements all Minsk provisions.

Putin is loath to do what Minsk requires: hand back control of the Russian-Ukrainian border in the Donbas and withdraw Russian forces and equipment from the area. Merkel pointed to this earlier this year while persuading her at-times reluctant EU colleagues to renew its sectoral sanctions on Russia through the end of 2015. The EU’s weak sisters who would like to lift or at least ease sanctions come January are smart enough to realize that the Kremlin will not implement Minsk, at least not in the near future. Their hope, therefore, is to expose Ukrainian non-compliance in order to make the argument that neither side is meeting its commitments.

Nuland was at the Verkhovna Rada arguing for constitutional change in order to strengthen Merkel’s hand in maintaining sanctions. This is the right play. Moscow insists on a change to Ukraine’s constitution that would not only grant the Donetsk and Luhansk Peoples’ Republics (DNR and LNR) internal autonomy, but also a veto power over Ukraine’s national security policy. Neither the United States nor Germany accept that interpretation of Minsk. The change enacted last month meets Ukraine’s Minsk commitments, boosting Merkel’s position if she moves to renew sanctions in January for Kremlin non-compliance.

In the same spirit, Kyiv must prepare for elections in the DNR and LNR. Under Minsk II, those elections must be consistent with Ukrainian law and international standards. It is safe to assume, given its current policies and activities, that the Kremlin will block such elections in its part of the Donbas.

Ukraine has been under siege since the “little green men” first appeared in Crimea. From the start, US and EU policy toward Russia and Ukraine hasn’t been strong or far-sighted enough. But it has improved with time and—while Iran may have prompted some Washington praise for the Kremlin—it hasn’t diminished Washington’s support for Kyiv.

Image: Russian President Vladimir Putin talks with Iran's President Hassan Rouhani during their meeting in Ufa, Russia, July 9, 2015. Rouhani said he was grateful to Russia for its efforts to secure an agreement at talks between six major powers and Iran on Tehran's nuclear program. Credit: Kremlin.ru