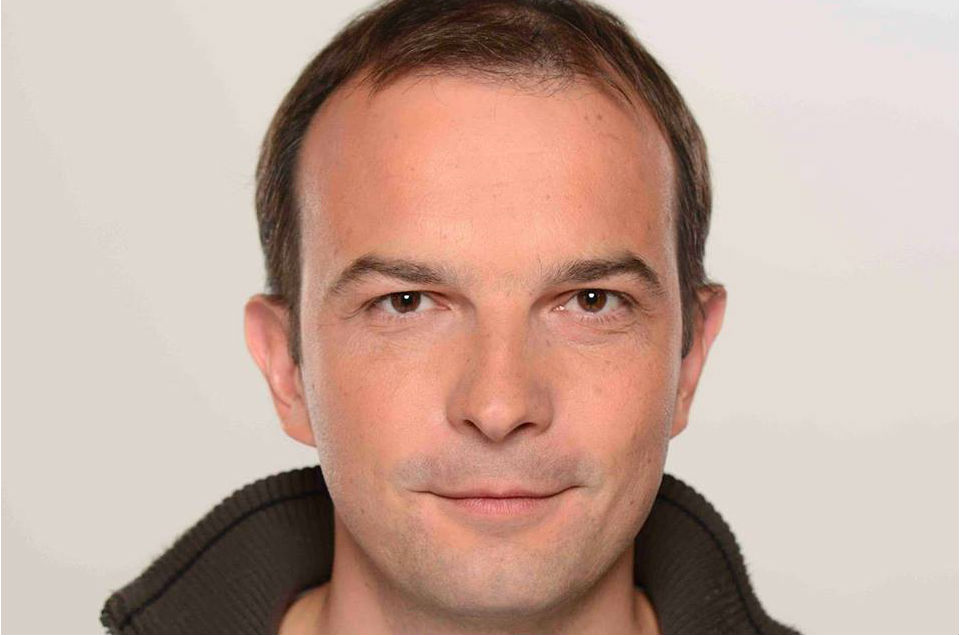 “I’m a big supporter of evolution in Ukraine, not revolution. I took part in two revolutions but now I’m only for evolution. It’s the only way to save our country as a state,” said Iegor Soboliev. He’s the head of the Ukrainian parliament's anti-corruption committee. Credit: Creative Commons/Kakvpesne

Russian President Vladimir Putin is pivoting and wants to withdraw from the Donbas but keep Crimea, according to Iegor Soboliev, the head of the Ukrainian parliament’s anti-corruption committee.

“He wants to give it back to us right now. He doesn’t need the Donbas,” he said in an interview on October 5.

“Unfortunately, he will try to keep Crimea. He announced the occupation as a big historical victory for Russia so now it’s impossible to return the Crimea because many Russians would see it as a political defeat.”

Putin’s pivot is because the Donbas is a financial drain, and Ukrainian military resistance is growing, said Soboliev.

Whatever happens in the Donbas, Soboliev firmly believes that sanctions against Russia must continue and that Ukraine must escalate its war against corruption to survive.

“Sanctions must stay because Putin is a problem for the whole world,” he said.

But Ukraine’s priority must be to eradicate wrongdoing.

“It was the first time in Ukrainian history that a prosecutor general was fired not at the wish of the President but by public demand,” he said.

In September, US Ambassador Geoffrey Pyatt accused the current prosecutor-general’s office of obstructing efforts to combat corruption and shielding its own employees from graft investigations. He called for an investigation of officials who he says stymied efforts to pursue tens of millions of dollars in “illicit assets” that former Ukrainian official Mykola Zlochevskiy held in the United Kingdom.

Zlochevskiy served as ecology minister under former President Viktor Yanukovych, the Russian puppet who was ousted during the Euromaidan street revolution in 2014.

“No one has been sentenced to prison in the one-a-half years after the Euromaidan, Soboliev noted.

“I think if Mr. Poroshenko continues to stop real reforms, the economic situation will become tougher and tougher and, under such circumstances, Ukraine will really need a new leader,” Soboliev said.

The public is losing patience with the current government. Attempts this summer by the President to revise the constitution, to meet European demands that he accommodate Putin’s separatists in the Donbas, were met with protests and violence. Three police died.

“People are very angry and will rise up again in a bloodier fashion because many have taken up arms against Russia,” he said.

“I’m a big supporter of evolution in Ukraine, not revolution. I took part in two revolutions but now I’m only for evolution. It’s the only way to save our country as a state. A violent uprising is a big risk.”

But entrenched interests continue to resist reform. For instance, legislation now requires judges and prosecutors to publicly disclose their assets and those owned by their immediate family, but they are refusing to cooperate. This means they must be terminated and replaced, but that requires a constitutional amendment.

“We have proposed an amendment to the constitution that allows us to create a special independent commission and competitive process to find new judges and to hire all prosecutors and court personnel,” he said.

Unfortunately, a dozen constitutional court judges must approve this amendment, and they may refuse.

“We have a big demand from the society to have a normal effective judiciary system,” he said.

Without judicial reform this revolution will fail just as the Orange Revolution did because the justice system was not overhauled.

“Now many people think that violence against the judiciary may be the answer because they continue to make money [through bribes], come up with new schemes, and make awful decisions,” he said. “I often say to judges, ‘Look, the situation is very dangerous for you, so it is in your interest to clean up your system.’ We may end up with the court of violence.”

And Poroshenko and the Prime Minister are disappointments because of their “ugly cooperation” with discredited judges, prosecutors, and other officials.

“My impression is Poroshenko wants to save the Yanukovych system of justice,” Soboliev said.

A clean justice system is key to fixing Ukraine because it will enable prosecutions of criminals and also enable the reform of state enterprises, energy policy, customs practices, police behavior and anti-trust efforts. These reforms are needed to overthrow the Ukrainian “kleptocracy” he said.

He’s optimistic this will be accomplished and that, along with sanctions against Russia, will inevitably undermine Putin.

“We are trying to establish a democratic government that serves its citizens,” Soboliev said. “If we succeed, many Russians will ask why they are so poor and why they have such an unfair state? This is the main risk for Putin.”

Diane Francis is a Senior Fellow at the Atlantic Council’s Dinu Patriciu Eurasia Center, Editor at Large with the National Post in Canada, a Distinguished Professor at Ryerson University’s Ted Rogers School of Management, and author of 10 books.