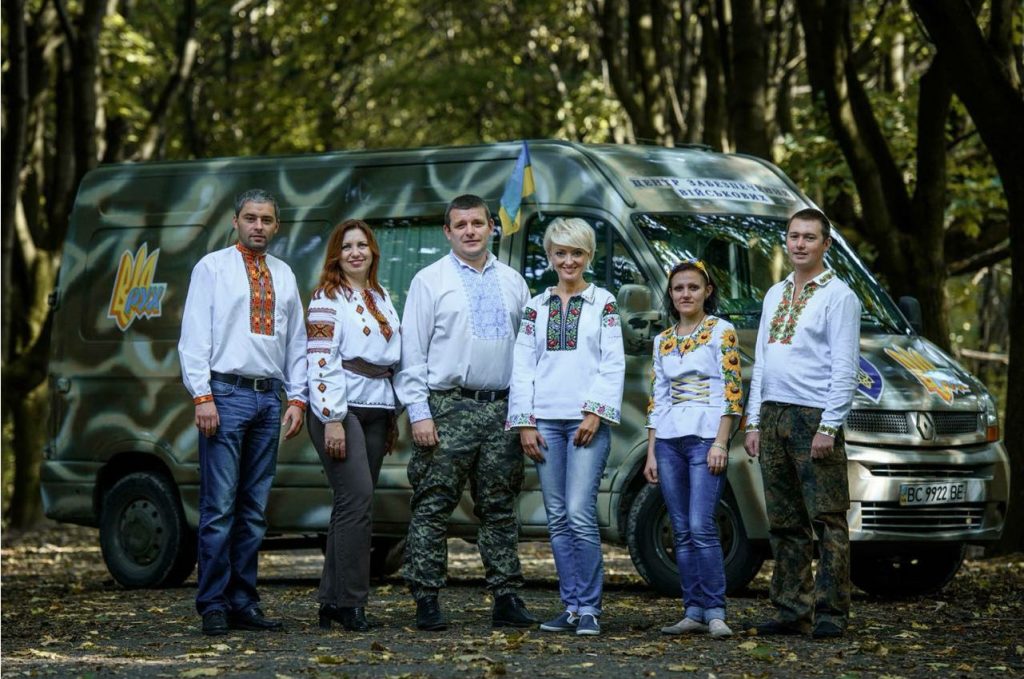 Ukraine’s got a real chance to elect a reform-minded president if Western-leaning opposition parties unify. A dozen political consultants and smart Ukraine hands have told me that campaign funds will come if there’s unity, and with nearly 40 percent of voters still undecided, there’s still time to court voters ahead of the March 2019 presidential election.

But there’s still no unified voice that speaks for the millions that went to the streets and ousted Viktor Yanukovych during the winter of 2013-2014. It’s easier said than done. For starters, the two main Western-leaning opposition party leaders—Civic Position’s Anatoliy Gritsenko and Samopomich’s Andriy Sadovyi—don’t get along. But one older—but evolving—political party is jostling to become the group that consolidates the reform vote.

One could be forgiven for losing track of the many attempts to fuse Ukraine’s fractious reform vote. In the spring, rock star Slava Vakarchuk was the favored candidate. Everyone loves Slava and he’s got massive name recognition. And then he waffled. Turns out it’s more fun to be a rock star than a presidential candidate. No one expects him to run now.

In May and June, parliamentarian and Euromaidan leader Mustafa Nayyem quietly gathered twenty-five MPs and civil society leaders to begin negotiations with Civic Position, DemAlliance, Silya Liuday, and Samopomich. He made some progress, but Samopomich isn’t ready to negotiate, and with the largest number of parliamentarians in the Rada, it’s in the driver’s seat.

Last week, investigative journalist Dmytro Gnap announced that he was quitting journalism and running for president on an anti-oligarch platform. He’s angry that no crooks have been put behind bars and no reforms have been put in place. He’s not affiliated with any party and said that he wants to unify the Maidan vote as well.

And then this week, another party entered the fray. After years of wandering (and fighting) in the political wilderness, the party that helped make Ukraine an independent nation is back. Insiders tell me that Rukh, the political movement launched in 1989, is quietly gathering steam and gearing up for the 2019 elections.

With more than 25,000 party members, reach throughout the country, and a strong connection to Ukraine’s independence movement and older voters—something most of the other Maidan parties lack—Rukh has a chance to be an important partner in the upcoming elections.

The Ukrainian diasporas in Canada and the United States have taken notice as well.

The polls are clear. Ukrainians want new faces, and Rukh is listening. The party wants to nominate a national leader with impeccable credentials who has never taken a cent from the oligarchs. Insiders tell me that they’ve got someone in mind, but he or she hasn’t yet agreed.

The Rukh platform has three ideas: unleash Ukraine’s economy, beat back the Russian aggressor, and make Ukrainian culture the foundation of security and governance. The center-right party feels and sounds a lot like the Poroshenko Bloc or the Lviv-based Samopomich Party, but more unabashedly patriotic and with deep historical roots. Its revered party leader Vyacheslav Chornovil played a major role in Ukraine’s independence movement and his name is still well known and respected.

The party is right to make Ukraine’s weak economy its top issue. Ukrainians have waited for four long years to feel the gains of the Maidan. Some are giving up; one in six Ukrainians of working age have gone abroad to work. The economy is barely moving, with growth rates between 2 and 3 percent; economists say that it needs to grow closer to 8 percent if Ukraine will ever catch up with the rest of Eastern Europe.

Its plans for defeating the aggressor are still embryonic, but Rukh leaders privately told me that they want the West to treat Russian aggression in the Donbas and Crimea as one issue, not separate issues as the West has done.

The new Rukh may differ from its competitors in another important way. It aspires be the first democratically run party in the parliament—not one in which a few insiders make all of the key decisions. Internal documents call for a primary system in order to determine the chairman, with plans to measure leaders against key performance indicators, as is customary in business.

On July 1, Rukh elected Sergiy Dziadyk, a long-time civil society activist and volunteer, as head of the Lviv party regional organization. Rukh leaders say that it shows the existence of party infrastructure and the “potential of values-based, bottom-up consolidation.”

It’s too soon to say if the new Rukh will be a player—there are many things that could go wrong—but it should certainly be a partner in the ongoing negotiations to unify the Maidan opposition vote. If for no other reason, it appeals to older voters, and the party has staying power. In a country in which most parties are hyper-focused on their leaders and come and go quickly, that alone makes it worth a second look.