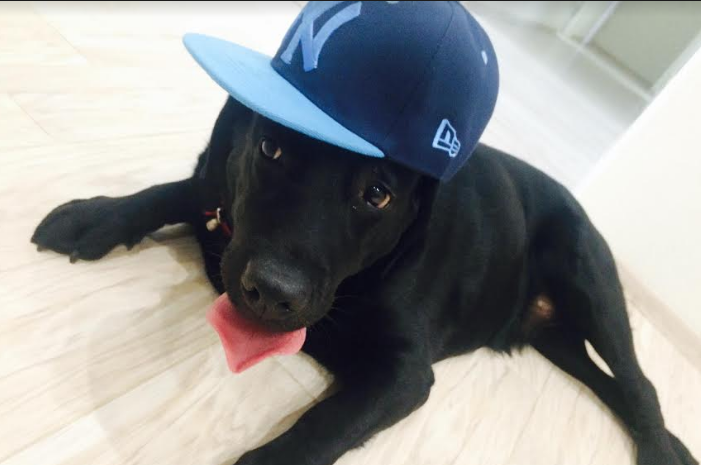 AntAC board member Oleksandra Ustinova declared her black Labrador Kodi in her electronic declaration. As of April 1, civil society activists in Ukraine are required to declare their assets. Courtesy photo.

It’s clear that Ukraine’s officials and oligarchs are not fans of the Anti-Corruption Action Center (AntAC). Founded by Daria Kaleniuk and Vitaliy Shabunin—two of Ukraine’s leading anti-corruption activists—AntAC has been civil society’s tip of the spear in its ongoing efforts to end the impunity politicians took for granted before the Euromaidan.

AntAC and its team have faced the wrath of Ukrainian officialdom in numerous ways since the Revolution of Dignity, including trumped-up criminal charges on two occasions. Its senior leadership such as Shabunin and board member Oleksandra Ustinova have also faced harassment from law enforcement agencies. Kyiv’s most recent effort to undermine civil society, however, risks blowing up in officials’ faces.

In October 2014, Ukraine’s parliament passed a law requiring all public officials to file an electronic declaration disclosing their assets. The law requires the identification of assets directly held by officials, as well as those held by family members, which means officials can no longer hide illegally obtained assets in the names of family members. To give the law some teeth, it makes public officials criminally liable for false information. So far so good.

In March 2017, President Petro Poroshenko signed amendments to the law requiring employees of anti-corruption NGOs to file their own e-declarations. This represented an obvious attempt to intimidate anti-corruption activists and paves the way for the old guard to continue its ongoing campaign of “black propaganda” against AntAC’s leadership. The amendments were condemned by the European Union, the Council of Europe, Transparency International, and Freedom House, and although Poroshenko agreed to revise these amendments, this never happened. As a result, AntAC’s employees all submitted their declarations by the March 31 deadline.

Not surprisingly, none of AntAC’s employees are getting rich from their work as activists. They work long hours, drive old cars, frequently live with their parents to save money, and in some cases left lucrative private sector jobs at prestigious multi-national corporations such as eBay to join AntAC at much lower salaries. Rather than bemoaning their fate, AntAC’s team—never shy about striking back with satire—decided to use their filings to declare items symbolizing the venality of Ukraine’s old guard by including items of symbolic importance to them in their declarations.

Shabunin included a strait jacket he’d displayed at a demonstration against Ukraine’s former Prosecutor General Viktor Shokin to symbolize how crazy it was for Poroshenko to keep him in power. Shabunin still owns the strait jacket and plans to use it in a demonstration against Ukraine’s current Prosecutor General Yuriy Lutsenko.

AntAC chairman of the board Shabunin declared a straight jacket that AntAC has used in numerous protests. Courtesy photo.

Kaleniuk declared half of a giant flesh-colored foam buttocks sculpture in the “art” section of the declaration; activists used it in a 2014 demonstration outside parliament to urge MPs to vote for an anti-corruption bill that created the National Anti-Corruption Bureau and other anti-corruption institutions. Playing on a Ukrainian idiom, activists used the foam butt to symbolize that things in Ukraine are terrible because of corruption.

Daria Kaleniuk, executive director of the Anti-Corruption Action Center in Kyiv, declared half of a giant flesh-colored foam buttocks sculpture in the “art” section of the electronic declaration. Courtesy photo.

“Yes it was joke, but were trying to show the difference in values between ordinary Ukrainians like ourselves and the government officials who declared declared millions of dollars in cash and expensive bottles of wine, watches, and jewelry,” explained Ustinova. “What has value for us is different than what corrupt officials hold dear.”

AntAC’s ploy did not yield immediate results. On April 3, parliament once again failed to pass legislation eliminating the e-declaration requirement for anti-corruption activists, but “we intend to keep pushing!” Ustinova exclaimed.

Once again, the West must join forces with Ukraine’s fearless anti-corruption activists to push Poroshenko and parliament to do the right thing. Luckily, Western governments and international organizations like the IMF certainly possess the tools needed to exert pressure on Kyiv. Ukraine will need additional IMF financing later this year and Kyiv still hopes to receive aid from both the United States and the European Union as well. Ukraine’s partners should not hesitate to use this leverage to apply some much needed “tough love” to Kyiv.

Nothing less than Ukraine’s democratic credentials are at stake.