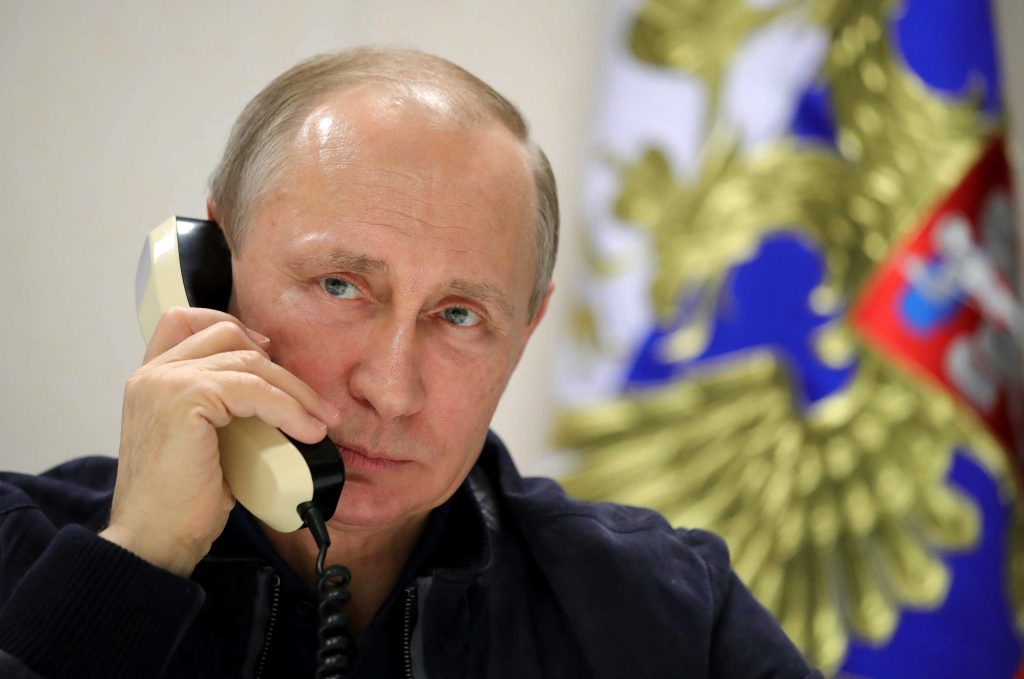 From the standpoint of defense spending, Russia’s navy might be thought of as the neglected stepchild of the Russian military. But that conclusion would be wrong. That’s especially true if one considers its recent deployments and activities; in the past year, Russia has actively and strategically utilized its navy to send clear signals to its neighbors that include both military and economic threats.

In the Baltic Sea, recent Russian exercises revealed the Russian navy operating with disregard for Sweden’s and Latvia’s exclusive economic zones, forcing a partial shutdown of local air and naval traffic. This show of force, representing Moscow’s contempt for the sovereignty of its neighbors, is habitual among Russian officials and military. But it is not confined to the Baltic Sea.

In Ukraine, Moscow has built a bridge to unify Crimea with the rest of the Russian Federation that deliberately keeps Ukrainian commercial vessels from operating in the Sea of Azov. Meanwhile, the Black Sea Fleet has been deployed to protect Russia’s seizure of Ukrainian energy platforms. And Russian vessels have also seized Ukrainian commercial vessels in the waters around Odesa and have announced that the Russian navy has the capability to mount amphibious operations against Odesa and Ukraine. Finally, last week, Moscow staged unauthorized troop movements in areas of Moldova near the border with Ukraine that showed its ability to attack Odesa from land.

The resemblances between Moscow’s naval probes in these waters and its efforts to forge a network of bases and permanent deployments across the Levant and the Mediterranean oblige NATO and Ukraine to take a hard look at the Black Sea and maritime security more generally.

It is possible that at its upcoming summit on July 11-12, NATO will devote substantial attention to the Black Sea. For now, however, Ukraine must fend for itself.

This means reversing the virtually total neglect of its own navy by Ukraine’s Ministry of Defense and utilizing resources offered by Washington and other NATO members to reinforce Ukraine’s naval defenses. Indeed, the lassitude displayed by the ministry in taking advantage of these offers and building a capability, beginning with land-based forces and gradually expanding seaward to defend Ukraine’s coast, remains inexplicable to Western audiences. Ukraine’s failure to make the most of opportunities to enhance its naval capabilities casts doubts in the West about both the competence and resolution of the Ministry of Defense and the government.

It also becomes harder for the West to defend the Black Sea if the most vulnerable and threatened player there adopts such a negligent attitude. In some ways, the question of defense in the Black Sea is a litmus test of Kyiv’s willingness to adopt the necessary military-political measures to defend itself and thus persuade NATO’s skeptical members that including it as a member—something Kyiv dearly desires—makes sense.

If Ukraine took steps to publicize this threat and counter it, it would become easier to defend the nation, as well as the three NATO members that are littoral states there—Romania, Bulgaria, and Turkey—and Georgia, which is a littoral state and also under severe Russian pressure.

Finally, one must remember that although Russia is backing away from building large capital ships, the smaller frigates and corvettes it is building, as well as its very proficient new submarines, represent a major threat to NATO’s aerospace operation, and provide a strong umbrella for a ground forces advance into neighboring territories, either in Ukraine or the Baltic States. (This is exactly what Russian advisors suggested for Egypt in the 1973 Yom Kippur War, and the results of that war were truly far-reaching.)

Russia may only be able to wage so-called limited, incremental, conventional wars, but such wars can bring with them profound strategic transformations.

Thus, for both NATO and Ukraine, the need to increase conventional maritime deterrence remains one of the most critical challenges ahead.

Image: Russian President Vladimir Putin speaks over the phone with Turkish President Tayyip Erdogan while he inspects the work on the Turkish Stream gas pipeline project aboard the Pioneering Spirit pipeline-laying ship in the Black Sea near Anapa, Russia, June 23, 2017. Sputnik/Mikhail Klimentyev/Kremlin via REUTERS