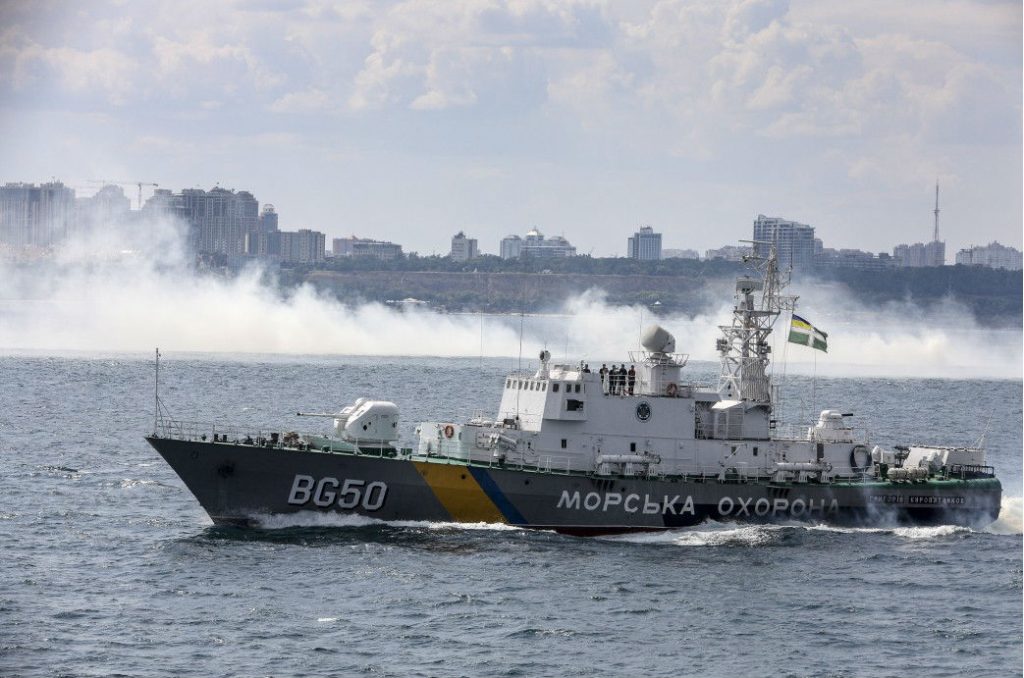 US Ambassador Kurt Volker recently toldThe Guardian that the United States was prepared to offer Ukraine new weapons to defend itself. There is no doubt that Ukraine needs these weapons; in the Sea of Azov and the Black Sea, Moscow is waging a simultaneous military and economic war against Kyiv. It has blockaded the Sea of Azov to Ukrainian ships, demands the right to inspect “foreign” vessels, and has extended a maritime exclusion zone all the way to Odesa, Ukraine.

Moscow possesses the ability to launch an amphibious operation on Ukraine’s coast to isolate Mariupol and the southern Ukrainian coast all the way to Odesa from Ukraine. It did this by steadily reinforcing its ground, air, and naval forces in and around Crimea.

What would an attack look like? An amphibious operation could easily entail ship-based massed fire strikes upon land-based targets. Another possibility is the use of Russia’s airborne forces alone or in conjunction with an amphibious operation or a naval operation based on fire strikes from ship to shore. The fact that Moscow’s entire airborne force is participating in the Vostok-2018 operation in the Far East may suggest that Moscow is preparing to use those forces in a future “desant,” which is an airborne landing, usually as the first phase of a combined arms attack, on Ukraine’s Black Sea coast.

Credit: CIA/University of Texas at Austin.

Moscow’s blockade of the Sea of Azov appears likely to extend to the coast of Ukraine, including Odesa, and may also be directed at seizing energy deposits that still remain under Ukrainian control on the Black Sea (the seizure of energy facilities was a primary goal of the initial Crimean operation in 2014). Russian operations should be seen as both straightforward military coercion and economic warfare. Without firing a shot or acting in an ostentatiously illegal manner, Russia has managed to deftly combine military and economic pressure together, a sure indicator of maritime or naval hybrid warfare.

There is a compelling need to offer weapons to assist Ukraine now. There is no sign that Volker’s talks with Moscow emissary Vladislav Surkov will resume soon or that Moscow has new ideas about ending this war. In fact, Volker thinks that Moscow won’t make any major overtures before Ukraine settles on a new president and parliament, slated for 2019, and he’s probably right.

What would be the fastest way of getting Ukraine weapons to counter a Russian offensive from the sea? Sending anti-ship missiles available from or through the US-AGM-84 Harpoon Block II, AGM-158C LRASM A, and the Norwegian Naval Strike Missile. But Ukraine would also need a viable launch platform and a targeting system, particularly a radar.

Since Moscow refuses to negotiate or fulfill the Minsk II accords, the United States and its key European allies must combine additional military pressure aimed at Ukraine’s self-defense with ever-tightening cohesion and pressure upon Moscow. The reasons for doing so are obvious.

Ukraine’s security is vital to European security. The invasion of Crimea and the Donbas threatens not only Ukraine but also much of Europe. And that invasion has woken Europe from its dogmatic slumbers about an era of peace or Russian acceptance of the status quo. Nonetheless, allied cohesion is in danger, not only from Moscow but from the White House. President Donald Trump’s reckless statements about international relations have so scarred allied cohesion that the French and Germans want to rely exclusively on a European military force and security policy, which would only detract from NATO. No European government will spend billions for two different militaries.

Trump’s ignorant efforts to disrupt allied cohesion are one of the reasons why Putin refrains from making concessions that would help restore Russian commercial and political ties with the West, and peace in Europe. Putin’s policies demonstrate that he continues to act as if he expects the European coalition to fall apart if he holds out long enough. Consequently, Trump’s tweets and interventions not only fragment allied unity in NATO and stimulate the search for alternatives to US leadership in Europe, they also endanger one of the interests that his administration has steadfastly upheld, namely the defense of Ukraine.

The end of the Cold War enshrined the indivisibility of European security. Putin’s invasions of Georgia and Ukraine have tested that principle. Without solid American backing for our greatest diplomatic victory, the risk of war grows greater. The search for alternatives to NATO has not yet gotten off the ground but a continuation of Trump’s ignorant rhetoric will surely help it do so. The only beneficiary will be Vladimir Putin. If Ukraine is to recover its security, independence, and territorial integrity, weapons are not enough. War fought in the absence of a political understanding of what constitutes genuine and enduring peace in Europe leads only to new conflicts from which nobody will emerge greater than before.

Image: A vessel of the Ukrainian Sea Guard on the Black Sea July 16. Credit: Presidential Administration of Ukraine