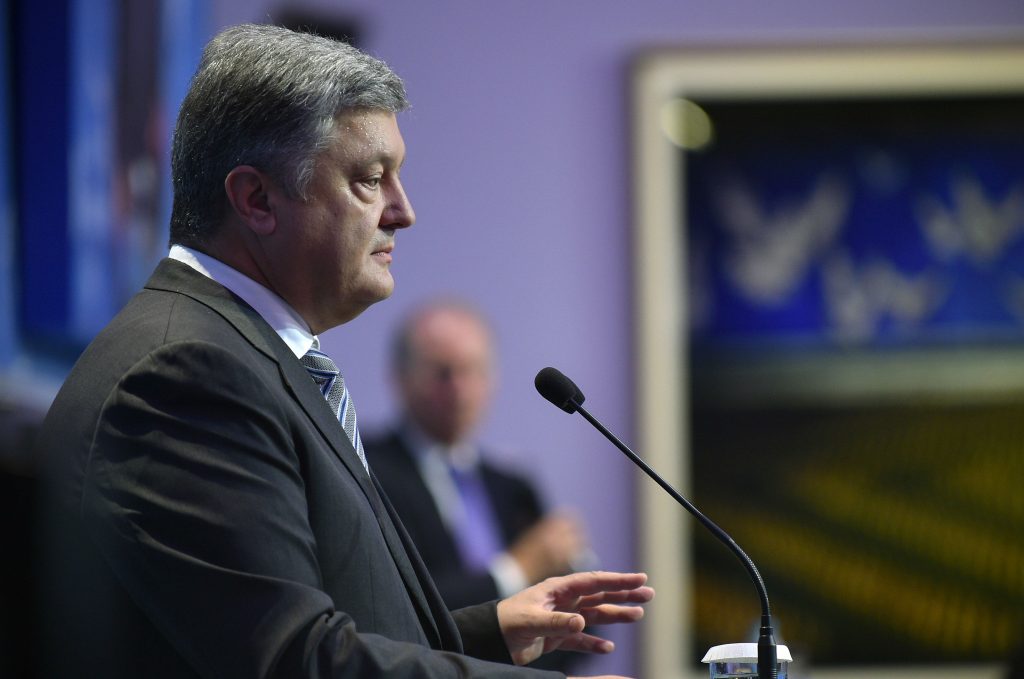 Kyiv continues to make great progress stabilizing its economy as Ukraine’s recent sale of a $3 billion Eurobond demonstrates. When it comes to anticorruption reforms, though, it continues to be a case of two steps forward and one step back.

Unfortunately, though, NABU is only part of the puzzle, and Ukraine’s lack of judicial reform threatens to render NABU toothless. Judges block NABU’s investigations by denying search warrants, setting intentionally low bail for suspects, and preserving the official positions of NABU suspects. As a result, the majority of NABU’s cases are stalled.

However, an anticorruption chamber would be staffed by the same old-guard judges who stymie NABU’s efforts, something that Poroshenko and his backers ignore. Indeed, as the Anticorruption Action Center’s Anastasia Krasnosilska points out, the very idea of an anticorruption chamber is nothing more than a “facade for the preservation of judges loyal to the political class or controlled by their questionable backgrounds.” The IMF and Ukraine’s other Western partners should therefore redouble their pressure on Kyiv to pass law 6011, which would create a genuine anticorruption court.

Luckily though, as the organization Reanimation Package of Reforms (RPR) points out, a number of excellent candidates exist. These include top American prosecutor Martha Boersch; the director general of the European Anti-Fraud Office, Giovanni Kessler; and the former head of the International Commission Against Impunity in Guatemala, Carlos Castresana. It’s time for parliament to hold open interviews for NABU candidates, and then vote quickly to select one.

On March 27, Poroshenko signed amendments that require anticorruption NGOs, their contractors, and civil activists who fight corruption to submit e-declarations on their property and income. This represents an obvious attempt to intimidate anticorruption activists and their contractors and vendors and has been condemned by human rights organizations across the board. Although Poroshenko has agreed that these amendments should be revised, so far that has not happened.

Instead, the presidential administration proposed draft laws 6674 and 6675, introducing changes to the regulations governing the required public reporting and tax obligations for all nongovernmental organizations. As RPR notes, though, 6674 and 6675 impose onerous restrictions and reporting requirements on civil society, including the imposition of additional, redundant reporting requirements for all NGOs to tax authorities; and the loss of nonprofit status for organizations with an annual income of more than 300 times the minimum wage if they have not submitted an annual financial report with a complete list of mandatory information. The draft laws also include a requirement that NGOs publicly indicate all of the private individuals and legal entities with whom it concludes agreements with an annual amount of expenditures of more than fifty times the existing minimum wage, as well as a requirement to list the ten employees with the highest salaries.

Parliament should reject draft laws 6674 and 6675, as well as immediately repeal the March 27 amendments.

A major part of Ukraine’s judicial reform involves creating a brand new Supreme Court. Unfortunately, though, thirty of the 120 finalists in the competition to fill the seats received negative opinions from the civil society-led Public Integrity Council because they did not meet the baseline criteria of integrity and professional ethics.

As a result, civic groups are calling on the High Council of Justice—which will make the final decision on the composition of the Supreme Court—to reject all thirty.

While implementing these four steps will not solve all of Ukraine’s anticorruption challenges, they will represent big steps forward. Ukraine’s brave civil society activists can’t achieve all of this on their own, however. They want and need assistance from the European Union, the United States, and the IMF. Let’s hope the West speaks out loudly, forcefully, and often.

Josh Cohen is a former USAID project officer who managed economic reform projects throughout the former Soviet Union. He is a contributor to Reuters, Foreign Policy, the Washington Post, and other publications.