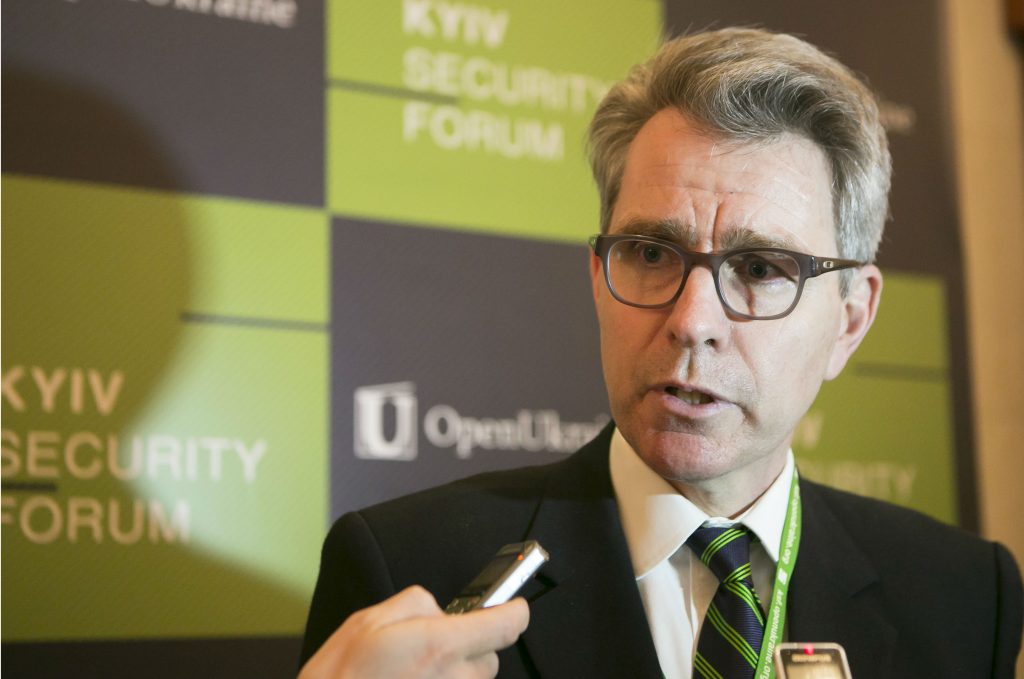 How are Ukraine’s reforms coming along? It depends who you ask. During a recent visit to Kyiv, I heard a wide range of views.

“Reforms are painful, slow, and haven’t passed the tipping point yet,” said Orysia Lutsevych, manager of the Ukraine Forum at London’s Chatham House, during the Kyiv Security Forum on April 14-15. “It’s very important for the West not to be discouraged,” she urged, adding that the West needs to keep a wider view on what’s happening in cities outside of Kyiv, like Odesa and Lviv. “These places are real laboratories of change,” she said.

Olena Haluskha, international relations manager at Ukraine’s Reanimation Package of Reforms, agreed with Lutsevych that the 2015 reforms aren’t yet irreversible, but contends that part of the problem is that “reforms aren’t properly communicated.”

There’s some truth to that statement. When I quizzed a 36-year-old small business owner from Kyiv about the 2015 reforms one afternoon, she furrowed her brow and asked, “What reforms?”

Indeed, Ukraine’s much-heralded reforms haven’t delivered much bread-and-butter relief to ordinary people—and yet Ukrainians are still more optimistic about the future than Europeans, said Bruce Stokes with the Pew Research Center. While 66 percent of Ukrainians told pollsters that the economy is “very bad,” and another 28 percent said it was “somewhat bad,” 48 percent of Ukrainians believe the next generation will have it better than they do.

Still, it’s hard to be bullish on Ukraine after the last two months. Many of the top reformers have left the government, the prosecutor’s office remains unreformed, the investigation into the so-called diamond prosecutors has stalled, and the country was stuck without a governing coalition for two months. Consequently, in February, the International Monetary Fund froze its third tranche of loans from its $17.5 billion bailout package.

“Lots of momentum has been lost since the crisis,” said US Ambassador Geoffrey Pyatt, standing at the margins of the Kyiv Security Forum. Still, he counseled continued Western support with a large dollop of patience. Pyatt says he remains optimistic about Ukraine because of the Ukrainian people. “They’ve shown extraordinary resilience. He’s also optimistic “because of the progress that’s been made. Because of all that’s happened in the Rada”—a “truly democratic” institution, he added.

Deputy Secretary-General of NATO Alexander Vershbow, who was also at the forum, agreed that there is room for optimism. “It’s remarkable that Ukraine has done as well as it has,” he said, adding that there is still “a real window of opportunity to make progress.”

For the time being, Ukraine enjoys wide support. The EU put broad economic sanctions into place on Russian that expire in June. “Russia has not achieved what it thought it would in Ukraine,” said Andrew Wood, former UK Ambassador to Ukraine. But there’s also no chance that the British or any other government would put tougher sanctions into place, he said.

So, how can the West best help Ukraine?

Lutsevych argued that it should support change makers, although they haven’t reached a critical mass yet. MP Hanna Hopko made a similar argument.

David Kramer with the McCain Institute encouraged the West to condition its assistance, insert the FBI and US Department of Justice into investigations in Ukraine, look at high-ticket items that oligarchs have purchased, and consider targeted sanctions against Ukrainians involved in high-level corruption. “Ukraine needs to get its act together,” he said.

During the two-day forum, experts recognized that while the fight against corruption has begun in government procurement and the National Agency for the Prevention of Corruption been established, civil society—not the government—has led the charge.

More than one expert stressed the importance of judicial reform. “If we can’t make this right, then all the progress that Ukraine has achieved…all these other things hinge on fixing the prosecutor’s service,” Pyatt noted. “The challenge now is to find a prosecutor general who can win public confidence.”

Parliament finally fired Prosecutor General Viktor Shokin on March 29. Activists had accused him of sabotaging reforms in the prosecutor’s office, blocking reformers from pursuing real investigations, and failing to prosecute any high-level officials.

On April 14, Ukraine’s parliament appointed Volodymyr Groysman as prime minister. After two months of uncertainty, Grosyman’s appointment ends the political crisis for now. But even before Groysman was appointed, experts worried that his new government would not be sufficiently reform-minded and that he’s too loyal to President Petro Poroshenko.

In fact, Kateryna Smagliy, director of the Kennan Institute’s office in Kyiv, reminded me that the Soros Foundation used the city of Vinnytsia—during Groysman’s tenure as mayor there—as a model for other towns to emulate. Long before former Georgian President and Regional Governor Mikheil Saakashvili built one-stop administrative offices in Odesa, Groysman set them up in Vinnytsia in September 2008. Other foundations brought Belarussians activists to the city as well, Smagliy said, to study its operations.

But will the new government satisfy the IMF? According to Pyatt, it’s impossible to predict. Last October, he urged the Ukrainian government to kick its reforms into high gear, identifying the war against corruption as “the central battlefield in the struggle between old Ukraine and new Ukraine.” Groysman, Pyatt believes, is part of the new Ukraine.

Melinda Haring is the editor of the UkraineAlert at the Atlantic Council.

Image: US Ambassador Geoffrey Pyatt speaks to reporters at the Kyiv Security Forum on April 14, 2016. Credit: US Embassy Kyiv