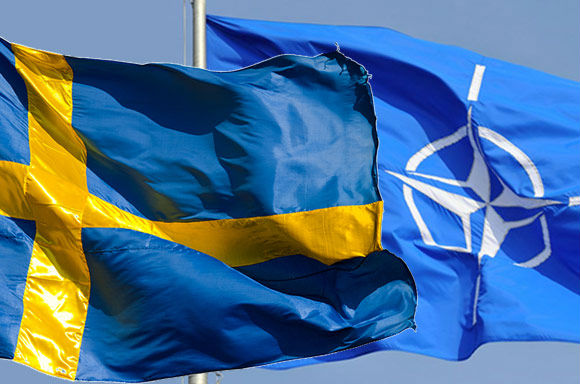 Russian propaganda managed to surpass its own absurdity when the head of Russia’s Investigative Committee, Aleksandr Bastrykin, claimed that Ukrainian Prime Minister Arseniy Yatsenyuk fought alongside rebel forces in both Chechen wars. Yatsenyuk supposedly tortured and executed Russian soldiers there. This apparently took place in the mid-1990s when Yatsenyuk was a 20-year-old law student in western Ukraine with no military training. He also worked for a law firm which for some reason never noticed his absence.

Social media was quickly filled with satirical pictures showing “evidence” of Yatsenyuk as a bearded radical Islamist. In many ways, such obvious lies may seem funny but one wonders if it has gone so far that the Kremlin is starting to believe its own lies. In her excellent book on the Russian president, The Man Without a Face, journalist Masha Gessen describes how Vladimir Putin suggested a meeting with her without knowing that she had written critically about him. This is an indication that Putin has surrounded himself with yes-men and reads selectively. The fact that the people who operate the world’s largest nuclear arsenal and are prepared to invade neighboring countries are losing contact with reality is not exactly amusing.

Most of the claims made by Russian propaganda on Ukraine are obviously false, but that’s not the point. As Michael Weiss put it, the purpose is to preoccupy one with debating or debunking the lie so that the truth remains hidden. This is why Russian channels for an international audience rarely talk about Russia but focus instead on how horrible the West and the Ukrainian government is.

Is the propaganda working? Neither Russia nor Putin are popular in Europe now. According to the Pew Research Center, only 26 percent of Europeans view Russia favorably. It’s unlikely though that making Westerners cheer for Russia was the goal behind the propaganda effort; it was meant to make Europeans cynical and then react to the Russian invasion of Ukraine with a shrug. Russia doesn’t have to be popular for the strategy to work. It’s enough if Westerners start seeing NATO and EU as cut from the same cloth. Initially, it looked as though this strategy was working, but Europeans turned out to be smarter than Putin anticipated. First, he was shocked that the usually “understanding” Germans went along with tough sanctions and now he may have made the Swedes say farewell to neutrality.

According to a recent poll, 41 percent of Swedes favor NATO membership, 39 percent oppose it, and 20 percent are not sure. To put these numbers into perspective, only 17 percent favored membership in 2012. Sweden strongly opposed the Russian occupation of Crimea and has pushed for prolonging sanctions, but the dramatic shift in public opinion can probably be attributed to a major increase in Russian violations of Swedish waters and airspace since 2014. Brian Whitmore at Radio Free Europe/Radio Liberty put it well, “Vladimir Putin has managed to do what no Soviet leader did: push the traditionally neutral Swedes to join a military alliance.”

The current Swedish center-left government will not likely pursue the issue, but it has boosted Sweden’s defense spending by 11 percent over the next five years, deepened cooperation with NATO, and signed a deal on military cooperation with Poland—a NATO-member and fierce critic of Russian aggression in Ukraine. The poll results, in combination with the fact that the center-right opposition parties are now united in joining NATO, suggest that the issue, previously a no-go area, will at least get a hearing.

Russia’s wants to fracture NATO and the EU, making it possible for the Kremlin to deal with countries like Ukraine one-on-one. If Sweden were to join NATO, it would send a strong message to Moscow that the Alliance is working and bullying isn’t a recipe for success. In addition, having the northern flank covered makes the Baltic States more defensible and strengthens NATO deterrence against any Russian plans there.

A united, credible Western world is the only way to stop Russian aggression against Eastern Europe. Simply joining NATO is not enough. If Putin decides to unleash mischief in the Baltics, it will most likely be accompanied with a massive propaganda campaign and the usual absurd accusations of “fascism.” Vigilance and a firm conviction that the future doesn’t belong to autocrats are key to responding to the Russian strongman.

Image: Russian President Vladimir Putin may have made the Swedes say farewell to neutrality. According to a recent poll, 41 percent of Swedes favor NATO membership, 39 percent oppose it, and 20 percent are not sure. To put these numbers into perspective, only 17 percent favored membership in 2012. Credit: NATO