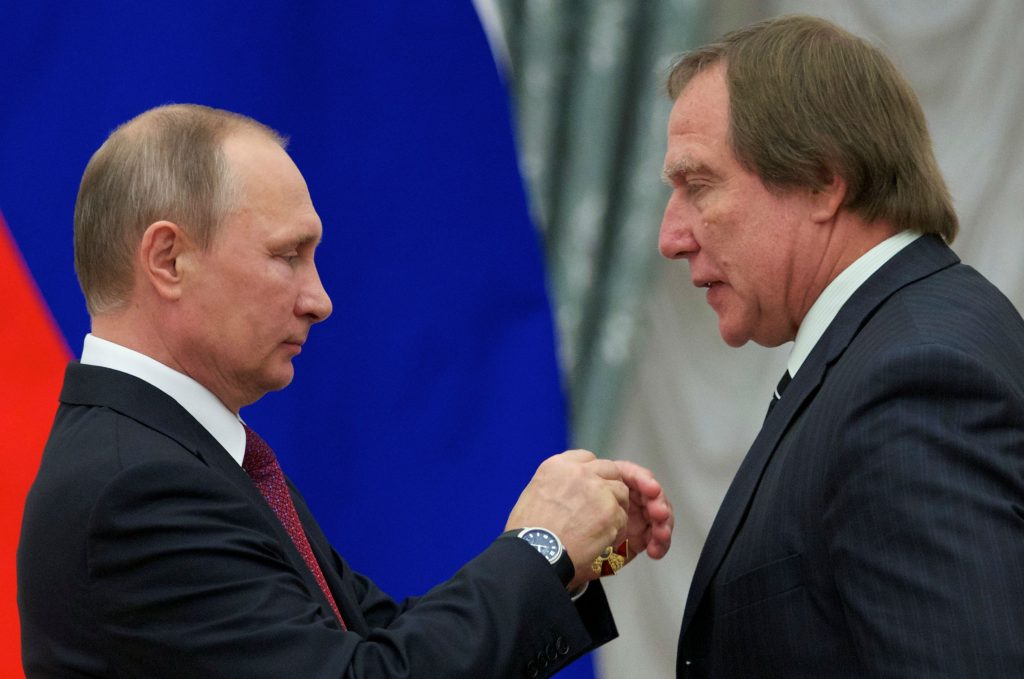 Most readers will not be surprised by the message of Anders Åslund’s new book Russia’s Crony Capitalism—Russia has evolved into a kleptocracy based on a combination of state capitalism and market principles—but they may be shocked by the sheer scale of wealth concentration in the hands of the privileged few, in the tens and hundreds of billions, and his secondary message that certain states in the United States are much bigger tax havens for laundering Russian wealth than well-known hideaways like the Cayman Islands or Cyprus. Even experts will learn a great deal about the political and financial mechanisms by which cronies of the Russian leadership have become so wealthy so quickly. For scholars the book offers a succinct analysis of Russia’s evolution since 1991 through three phases: in the first decade, an embryonic but functioning market system with private ownership albeit excessive concentration took hold; in the second decade, there was some forward movement in transition, some sideways, and some reversals but still a private-oriented market economy; but in the third decade, a clear move to kleptocracy with re-nationalization and non-transparent state regulations allowed cronies to become personally wealthy. A general reader will quickly become acquainted with the essentials of Russia today and how it got there thanks to the book’s comprehensiveness and Åslund’s largely jargon-free writing.

Three insights in the book stand out. Beyond detailing various specific cases of new billionaires like Putin’s childhood friend, cellist Sergei Roldugin with at least $2 billion in offshore accounts, Åslund explains the psychology behind the need for obscene amounts of money combined with the inability to use it due to sanctions or the necessity to lie low. “This is the principle of plutocracy (monetokratyia)…property rights are not safe in Russia [thus] you need political power or connections which requires a lot of money. If you lose one you lose the other.” (p.170). To understand Russian wealth today, there are three circles. First are top security officials, second come managers of the largest state enterprises, and third are Putin’s old buddies like Roldugin. Åslund’s third, and perhaps most important insight for its global policy implications is the role of the West in aiding and abetting Russian wealth: “The two biggest offshore havens offering a vast capacity to receive anonymous investment are the United States and the United Kingdom” (p.160).

There are however some disputable points in Åslund’s overall excellent book. Åslund characterizes Russia in the 90s as a well-functioning market economy after Acting Prime Minister Yegor Gaidar’s reforms supported by President Boris Yeltsin were put in place; numerous analysts note that market reforms were far from complete and blocked with the full return of the old-guard to power by 1994. The highly non-transparent process of privatization further diluted the effectiveness of reform. The reforms of the nineties were real but fragile, which made it much easier for the reversals under Putin and the evolution of the kleptocratic state-capitalist system than the book describes.

Another debatable aspect is the relationship between the self-interested motives of today’s kleptocracy and the revival of Russian imperialist policies. Åslund emphasizes the centrality of self-interest of this elite, yet one clearly observes significant and arguably successful efforts toward national interests like reviving Russia’s status as a global power broker and involvements not only in the region but in the Middle East and elsewhere. Why do kleptocrats bother with this?  In fairness, Åslund gives a convincing explanation for the aggression against Ukraine: it revived historical Great Russian pride of population helping the elite retain power which as shown secures financial power. But this argument does not hold for other adventures or explain the value of echoing traditional Soviet anti-American positions. One wishes for a more thorough analysis of the links between personal interests and national ones, though it is all too easy enough for reviewers to criticize authors for what they left out.

There are many books already on the Russian oligarchy, but Åslund’s is unique. He does not hesitate to name names and to identify Russian and foreign banks, financial institutions, and government agencies which have facilitated this massive and arguably historically singular episode. By doing so, he posits serious and useful policy recommendations for western governments on what they can do to mitigate Russia’s crony capitalism. These kleptocrats put far more of their offshore money into the United States and Britain rather than Cyprus and the Cayman islands for two reasons: they provide huge opportunities for personal investments in real estate or business enterprises; and their anonymity laws allow lawyers to set up shell-companies that hide the real beneficiary. Delaware, Nevada and some others host  “ten times more shell companies than the world’s other 41 tax havens combined,” he writes.

Åslund draws the right policy recommendations for American and British policymakers: require identification of beneficiary owners of all companies; require full bank regulation of currency transfers; and prohibit large cash payments for any purchase, especially real estate investments. This message alone may be at least as important as the thorough description of how Russia’s kleptocracy works.