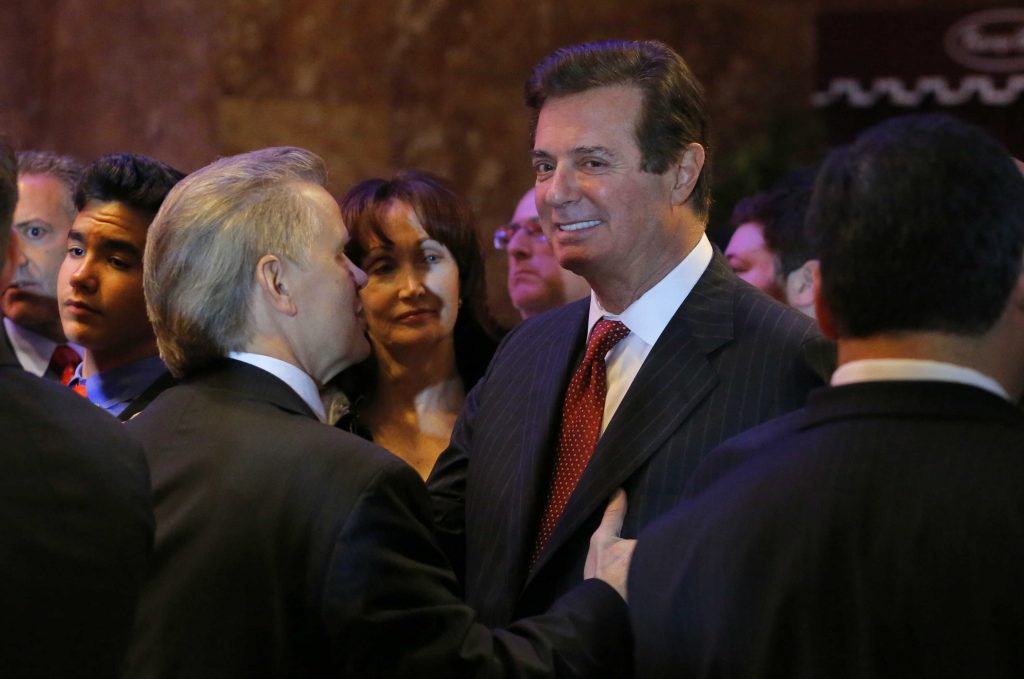 When asked recently why he turned up in Moscow last December to help celebrate the tenth anniversary of RT, Michael Flynn rambled about wanting to deliver stern lectures to the Russians. The retired US Lt. Gen.—who now serves as foreign policy adviser to Republican nominee Donald J. Trump—was seated at a gala dinner next to Russian President Vladimir Putin. In an interview with the Kremlin’s propaganda arm, Flynn was anything but downbeat about bilateral ties: “interests…are converging,” he assured RT journalist Sophie Shevardnadze; it’s time “to move forward” together.

One of those convergent interests between team Trump and Putin may be Ukraine. As Josh Rogin reported in the Washington Post earlier this week, Trump staffers in Cleveland succeeded in browbeating delegates to water down GOP platform language, replacing a pledge to provide “lethal defensive weapons” to the Ukrainian military for the country’s self-defense with the gentler, more ambiguous suggestion of “appropriate assistance.”

Ukrainians have mounting questions and concerns.

“We can only hope that this [language] could include defensive lethal weapons. The Ukrainian-American community is rightfully concerned about Donald Trump’s relationship with President Putin,” said Michael Sawkiw, director of the Ukrainian National Information Service, in a July 19 interview.

But we don’t really know how a President Trump would actually govern. After all, our would-be commander-in-chief has never held elected office. And on those rare occasions where he has gone beyond sloganeering to address public policy, Trump’s statements often appear—to borrow from Churchill about Russia—as riddles, wrapped in a mystery, inside an enigma. But if the early bromance between Trump and Putin is permitted to flourish, we have every reason to believe that Ukraine will be an early casualty. Consider Trump’s views shared in the New York Times, thinking aloud about which allies are worth defending. Think for a moment about who Trump is drawn to for advice.

Flynn is not the only adviser likely to advocate warmer ties to Russia at the expense of Ukraine. Trump campaign chairman Paul Manafort worked for Viktor Yanukovych, the Putin-backed president who fled Kyiv for Russia following Ukraine’s 2014 revolution. Manafort also advised oligarch Rinat Akhmetov, one of the wealthiest men in Ukraine, and a key Yanukovych ally in those days. To be fair, none of this betrays in the case of Manafort a pro-Russian bias per se. Trump’s key counselor has worked for a number of foreign tyrants over the years (Ferdinand Marcos in the Philippines, Siad Barre of Somalia), and apparently feels at home doing business in dodgy places. His firm lobbied on behalf of Equatorial Guinea, for instance, the small Central African nation whose rulers use oil revenues to finance lavish lifestyles, while the rest of the country lives in abject poverty. Freedom House ranks repression in Equatorial Guinea on a par with North Korea.

Which reminds of Carter Page, an American investment banker and consultant who told Bloomberg this spring—after Trump named Page as one of his Russia advisers—that his experience “pitching deals in places like Turkmenistan” will give Trump “the practical perspective” he’ll need in his foreign policies. Turkmenistan, ranked by Freedom House alongside Equatorial Guinea, is the eccentric Central Asian dictatorship known for bans on things like opera and circuses, long hair for men, and make-up for television news anchors.

Page himself is a peculiar sort. Apart from his past work for Gazprom—he also says he’s an investor in the Russian state-owned energy giant—Page holds unusual foreign policy views. He likens, for example, US treatment of Russia to slavery, claiming in a 2015 article penned for a publication called Global Policy that America wants nothing less than “unconditional submission.” Page draws parallels between President Barack Obama’s National Security Strategy and an 1850 publication offering guidance to slaveholders on how to develop the “ideal slave.” In order to help restore Russian dignity, he calls for an end to the “biased philosophies and draconian tactics of both the United States and the EU,” and urges the lifting of sanctions against Moscow over Ukraine.

Perhaps none of this matters. Party platform language on Ukraine will not necessarily carry the day, and who knows what advisers a President Trump will actually invite to serve in his administration. Or whether as president the real estate tycoon and reality television star will listen to others. The GOP candidate has already told us he’s his own best foreign policy adviser.

We do know Trump seldom misses an opportunity to lavish praise on Putin. We might also suspect that, in a commercially-minded, deal making-obsessed Trump administration, it may not always be easy to understand precisely where principles and policy interests end and business begins. When journalist Michael Isikoff asked Flynn whether he had been compensated to appear at last year’s RT celebration in Moscow, the former director of the Defense Intelligence Agency said—after fumbling and hedging—”I didn’t take any money from Russia.” Instead, Flynn insisted, he was paid by his speaker’s bureau. “Ask them,” he shot back defensively, if you want to know where the money for his fee came from.

You don’t need to be Ukrainian to have a pretty clear idea on this one—and where the Russia First policy of a Trump administration will leave Ukraine.

Jeffrey Gedmin is a senior fellow at the Atlantic Council and Georgetown University’s School of Foreign Service, and a senior advisor, Blue Star Strategies.

Image: Paul Manafort, senior adviser and convention and delegate manager for Republican US presidential candidate Donald Trump, smiles as he talks with other Trump campaign staff and supporters after Trump spoke to supporters following the results of the Indiana state primary, at Trump Tower in Manhattan, New York, U.S., May 3, 2016. REUTERS/Lucas Jackson