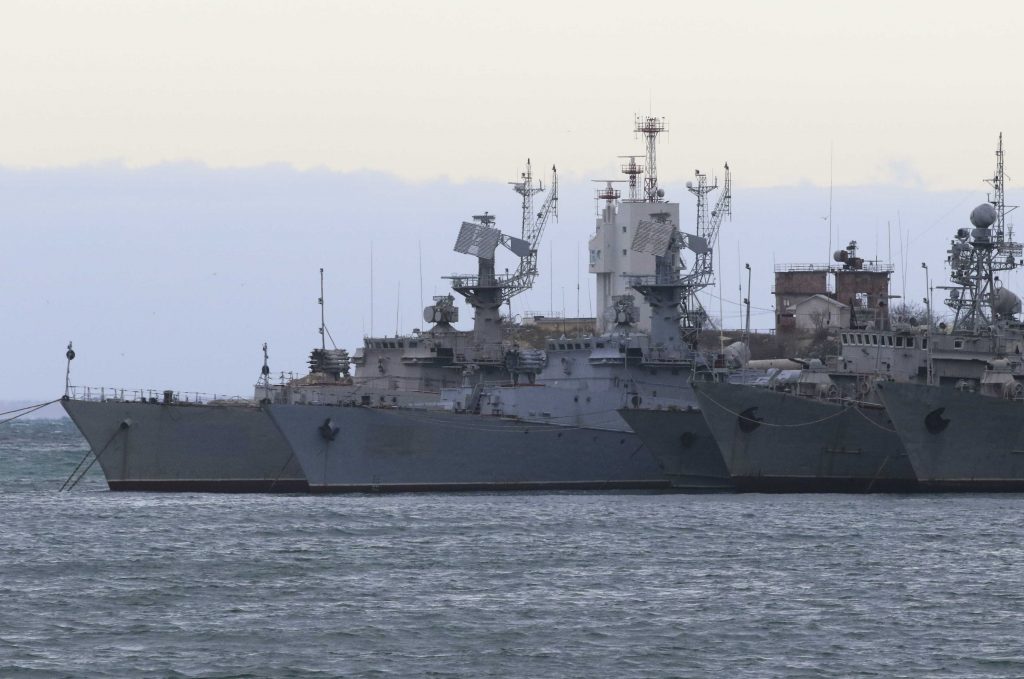 Four years after the invasion of Crimea and the Donbas, Russia’s aggression against Ukraine continues unabated. For all the failures of the government in Kyiv to reform, Ukraine is still fighting our war. Were it not for Ukrainians’ willingness to defend themselves, NATO would be spending a fortune to reform its past structures and procedures and defend its members against Russian threats. For if Ukrainian independence and/or territorial integrity were suborned by Russia, NATO would be obliged to raise large defenses for Poland, Hungary, and Slovakia in addition to the Baltic detachments already in force. Yet in too many NATO capitals, there is an unwillingness to recognize that Putin is constantly escalating his war against the West as shown by the latest chemical warfare attacks in Salisbury, England. Therefore rendering Ukraine the help it needs even as we pressure it to reform continues to be in US national interests.

One neglected area where we can render material assistance to Ukraine and advance our own self-interest is the naval sphere. Upon seizing Crimea, Moscow destroyed or took over virtually all of Ukraine’s navy, barely leaving it with the resources to build any kind of navy. Ukraine remains vulnerable to threats of amphibious landings on its coast by Russian troops, naval shelling of land targets, or even a naval blockade. Inexplicably the Ukrainian Ministry of Defense, which in many ways remains a Soviet-type institution, has refused to allocate funding for a real naval defense.

Meanwhile Russia has seized not only Crimea but also all the energy facilities that were operating offshore and has also undertaken a large-scale buildup of conventional and nuclear-capable weapons, including the navy, in Crimea. According to the US FY 2018 National Defense Authorization Act, Ukraine should get two Island-class ships sitting in Baltimore Harbor and pay only to prepare these ships for transfer, the actual transfer to Ukraine, and the crews’ training. These ships are patrol boats that would provide Ukraine with a capability to protect its exclusive economic zone (EEZ), which is three times bigger than the Crimean peninsula. Since 2014, Russia has occupied at least five new energy fields there and drilled eleven new wells. Russia’s Black Sea Fleet supports them and can do so because Ukraine, lacking naval capability, doesn’t control its own EEZ. Naval patrol capabilities are urgently needed for the Ukrainian Navy to avoid the surprise factor of Russian activity. Island-class ships look like the best way to do so; they are small and have low signature, can be quickly deployed, can carry out autonomous patrol duty for 5-7 days, and are cost-effective as well.

At the same time, Kyiv should utilize every international jurisdiction available to force Russia to account for its unlawful seizure of Ukrainian territory and assets and impose reparations on Moscow for those actions. That would be a perfectly justified legal response to the Kremlin’s ongoing aggression.

But beyond these considerations it is neither in Ukraine nor the West’s interest that the Black Sea becomes a closed Russian sea. Those developments underway since 2014 threaten NATO members in the Balkans and our partners in the Caucasus. NATO has begun to shift its attention to the Black Sea and sail fleets in under the Montreux convention but more is needed, especially given the threats to Ukraine. Moreover, Russia insists on steadily widening the war to include more of Europe and to a large extent has only suffered minor costs for doing so. One way to impose more costs on Russia and strengthen allied presence in the Black Sea is for the United States, even as it brings pressure to bear upon Kyiv to reform, to initiate a contemporary version of lend lease tailored to Ukraine’s needs.

The United States, or even NATO, could lend Ukraine ships that it no longer needs and place them under Ukrainian flags, and see to the training and outfitting of those ships in return for leasing either bases in Ukraine along the Black Sea or, if that is excessively provocative, leasing those energy fields now occupied illegally by Russia. We could, with Ukraine, then contest that Russian ownership, enhance Ukraine’s defense capabilities, and enhance NATO’s presence in the Black Sea. Admittedly doing so can only be feasible if Ukraine’s Ministry of Defense wakes up to the naval threat and opportunity and launches genuine reforms. It also is a possibility that Russia will be so provoked that it will immediately undertake new operations against Ukraine. While this is possible, such operations will only likely prolong the war and heighten the costs to Moscow and arouse even stronger NATO resistance at a time when Moscow has shown no desire to widen the scope of its kinetic combat operations against Ukraine. So there is an element of risk in this proposal. But we offer it in order that others may refine it to minimize that risk and enhance the benefits that would accrue to the West and to Ukraine.

Given Putin’s widening of the war against the West, it should be clear that multi-dimensional resistance to his efforts must be increased lest he continue to believe that he need merely push against the West to expose its weakness and ensure a Russian victory. The ideas advanced here should become part of a new program to enable Ukraine not only to defend itself, but also to rescue Europe by its example.

Image: Warships of Ukrainian navy’s fleet, which remained in Crimea after it was annexed by Russia from Ukraine in 2014, moor at Streletskaya Bay in the Black Sea port of Sevastopol, Crimea January 13, 2018. REUTERS/Pavel Rebrov