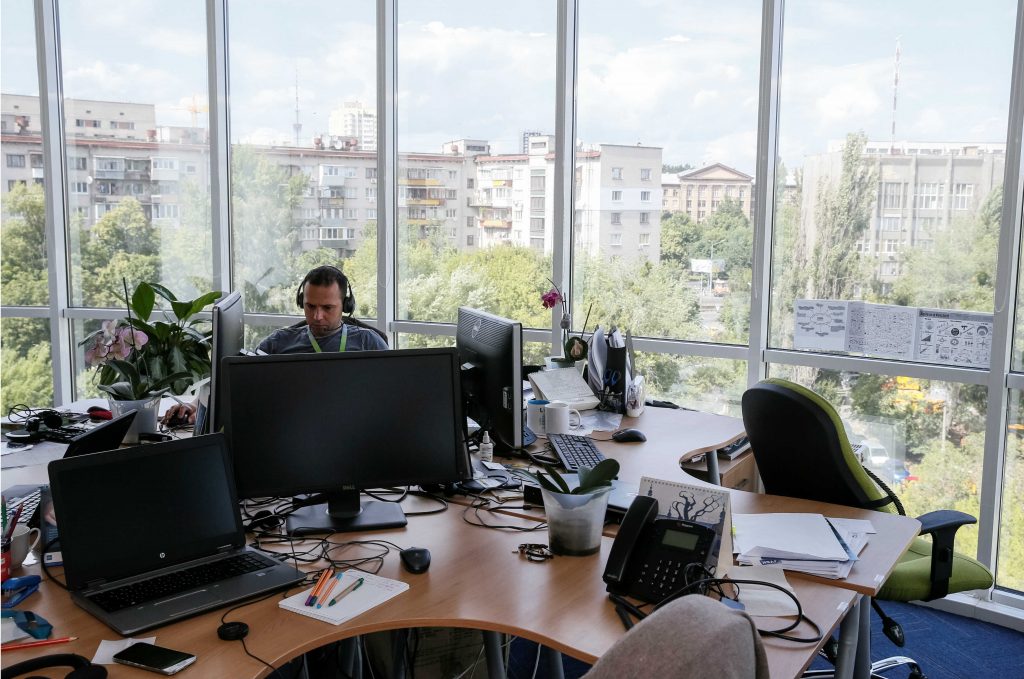 Volodymyr Zelenskiy won in a landslide. Ukrainian voters blamed incumbent Petro Poroshenko for two problems: the lack of significant success in combating corruption, and insufficient economic growth in the poorest country in Europe. These two problems have a common solution, which is transitioning Ukraine from a post-Soviet industrial economy to a knowledge economy.

Perhaps the main difference between Zelenskiy and his predecessors is that he is the product of a new, creative economy. Zelenskiy, who has been involved in television production throughout his career, understands what intellectual property and copyright protection are, which means he realizes—or at least is beginning to realize—the importance of transitioning the Ukrainian economy from an industrial model to one based on information.

Ukraine certainly has the basis for such a transition. The fastest-growing segment of the country’s economy is the IT sector, which last year contributed $4.5 billion to GDP, grew at an annual rate of 20 percent, and, according to forecasts, will be the country’s major export in two or three years. The sector employs 127,000 IT professionals and has created 360,000 additional jobs in related sectors. But the most significant way the IT sector is part of the knowledge economy is in its complete transparency.

The IT sector has grown without any government intervention, and there is little room for corrupt practices, as IT companies have no need for quotas, subsidies, or licenses. The sector functions according to Western standards, and its employees, who work on common projects with their colleagues from the West, have adopted Western corporate attitudes in which there is zero-tolerance for corruption. Salaries are paid officially, including all taxes.

The IT sector, together with other sectors of the knowledge economy, has a chance of becoming a “Western oasis” in the Ukrainian economy: corruption-free but still ensuring significant economic growth throughout the country and creating jobs in related sectors. The new economy will not defeat corruption in the “old economy,” but it will gradually oust the old economy from the Ukrainian market, along with its corruption schemes.

The West can and should provide comprehensive support to the new leadership of Ukraine in building and nurturing this new economy. In any economic contacts with Ukraine’s new leaders, the West should draw Ukrainians’ attention to the longstanding problem of protecting intellectual property, provide technological support in introducing e-government in all government sectors, and demand the creation of a more favorable regime for Western investments in high-tech sectors of the Ukrainian economy. Along with the new economy, we will get a new Ukraine—a dynamically developing and less corrupt country that will be a more capable and realistic candidate for the European Union.

Anatoly Motkin is founder and president of StrategEast, a strategic center that reinforces the values of rule of law and private property protection in Eurasian and Baltic countries and assists them in the process of economic and social transformation.

Image: A specialist of IT company Infopulse is seen in his office in Kyiv, Ukraine, June 13, 2017. Picture taken June 13, 2017. REUTERS/Gleb Garanich